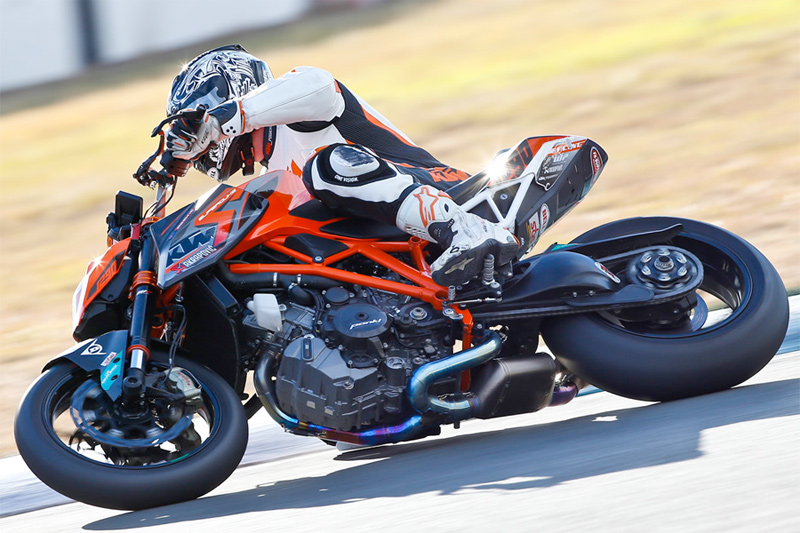 Angus Reekie‰Ûªs amazing winning streak at the head of the Australian Superbike Championship‰Ûªs Naked Bike division has come to an end as the Queenslander crashed out of the championship‰Ûªs fifth round at NSW‰Ûªs Wakefield Park Raceway at the weekend.

Reekie fell heavily in Friday practice for the event, dropping the bike at approximately 190km an hour in Turn 7, and could only watch helplessly as the bike flipped numerous times, damaging itself beyond the scope of the team‰Ûªs repair capabilities at the track.

While Reekie was able to hobble away with no serious injury, his inability to take any points from the weekend not only saw his KTM 1290 Super Duke R‰Ûªs 12-race winning streak come to an end, but also his 62-point championship lead become a 13-point deficit.

‰ÛÏI lost the front in the fast left-right and it slid out into the potholes and rolled, and unfortunately the bike was damaged too significantly for us to fix." Reekie explained. "Leading up to that the bike was really, really good.

"We were doing consistent strong lap times on old tyres, and it was looking really positive for the weekend. But, you can't pick these things, and I'm quite devastated to be honest, but that‰Ûªs motor racing, and I will just have to live and learn and get back on it.

"I got out of it pretty lucky with a few bumps and bruises, but nothing too major which is good.

"Providing we can get all the parts, we‰Ûªll be there 100% for the last round. It‰Ûªs going to be difficult to win the championship now, but hopefully we can just win every race at the last round and we‰Ûªll end up where we end up.‰Û