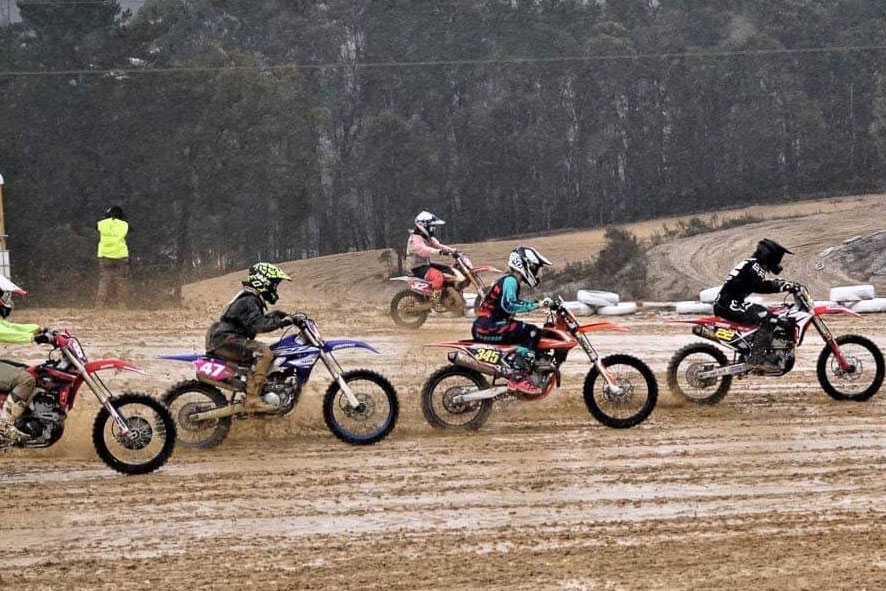 A timely holeshot in the Ballarat mud for Madi Healey
With over twenty millimetres of rain having fallen on the Monza Park circuit by lunchtime Saturday it was always going to be a battle of attrition for junior riders participating in the final round of the Victorian State Junior MX Titles over the weekend.

The Monza Park circuit located just outside of Ballarat is known to be one of the most treacherous wet weather tracks in all of Australia and it didn‰Ûªt lose it‰Ûªs reputation over the weekend as riders struggled to circulate around the hilly, clay based track.

BCP Pro Circuit Honda Junior Development Team rider Madi Healey was undefeated in the girls class after the first three rounds, having qualified fastest at each round and won the previous nine races in a row. The wet weather didn‰Ûªt dampen the Honda rider‰Ûªs enthusiasm as she went out and once again qualified fastest in the sloppy conditions.

As the gate dropped for race one Healey jumped off the line with a huge holeshot and never looked back. Continuing to stretch her lead each lap until the chequered flag was waved, with Healey crossing the line 22 seconds ahead of second place rider Olivia Kimball in a race that was shortened to just 6 minutes plus one lap.

While pit crew were frantically cleaning up bikes and gear in preparation for the second round of racing it was announced over the loud speaker that conditions were too bad to continue racing for the day. The one race held on the day for Madi Healey would be her 10th consecutive win of the season, completing the perfect series campaign for the girl from Shepparton in her first year riding for the factory Honda Junior squad as she was crowned state champion for 2019. 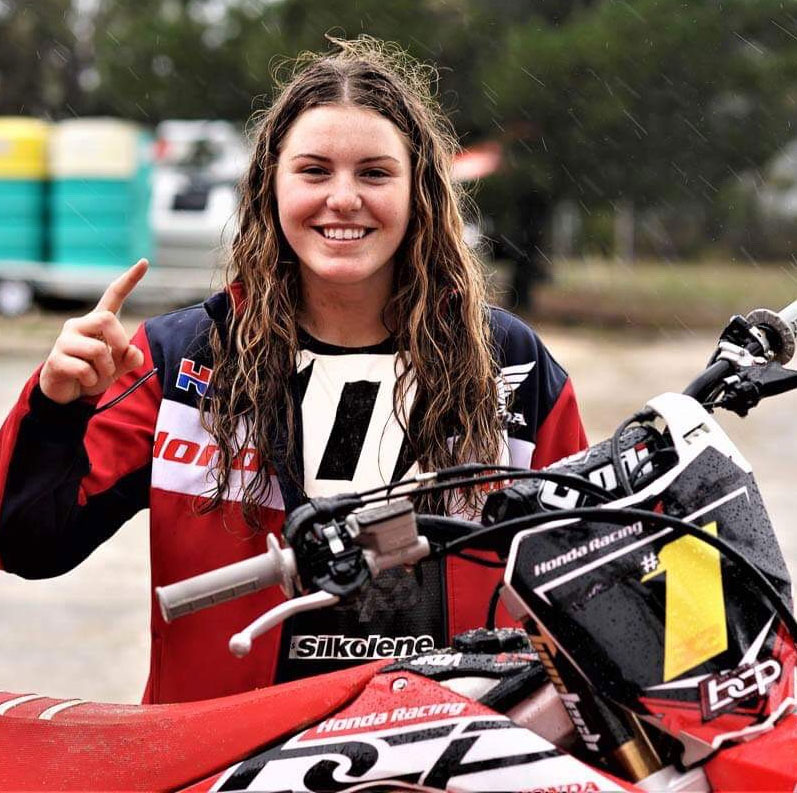