Hayden Mellross To Take Lessons Learned From San Deigo Into A2 This Weekend. 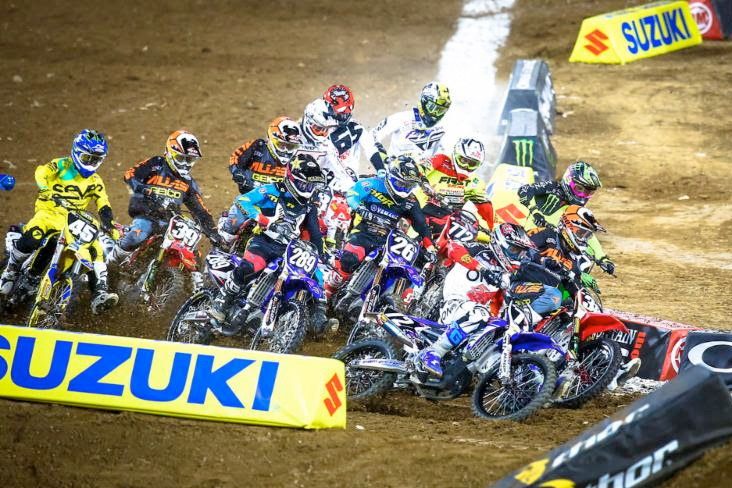 51FIFTY Energy Drink Yamaha's Aussie recruit Hayden Mellross will be looking to push towards a maiden top ten finish this weekend when the third round of the 2016 Monster Energy Supercross returns to Anehim this weekend.

After an 11th place in the 250SX West Main at Anaheim 1 in his first ever AMA Supercross appearance, rookie Mellross was set to carry the flag for the team at round two in San Diego with teammate Zach Bell out for the night.

With a great start in Heat 1, very nearly pulling the holeshot on his Twisted Development-tuned YZ250F, Hayden ran Top 3 before being passed by Jimmy Decotis. The 20-year old Australian finished 4th in only his 2nd-ever Heat Race and was off to the Main with a great gate pick.

When the gate dropped for the Main, the #72 machine was once again up front. Mellross came around the first corner in 3rd and was ready to run the pace at the front. A few turns in, another rider moved Hayden off the track forcing him to manoeuvre his way in between rhythm lanes. He jumped back onto the track, but the soft dirt on the side of the triple jump sucked up his bike and caused him to crash.

After remounting, Hayden never quit and charged until another mishap in the whoops dropped him further where he would finish 21st.

The result not an indicator of the speed shown throughout the day.