Hayden Mellross ready for more after 13th at Anaheim 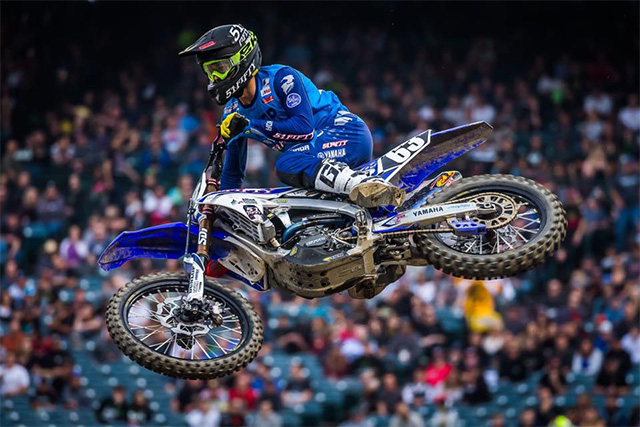 Australian Hayden Mellross has had a mid field finish to the opening round of the 250 West Monster Energy Supercross series at Angel Stadium on the weekend after spending some time on the sideline with injury.

Mellross, who had not raced since injury forced him out of the Australian Supercross Championship in mid October 2017 had limited bike time before hitting the gate for round one.

After qualifying straight into the main with fifth place in his heat the 51FIFTY Energy Drink Yamaha rider looked set to feature well in the main event.

After finding himself in the heavy going following a midfield start Mellross survived the main event unscathed for a 13th place finish.

"Overall it was a decent night for me and the team," Mellross said. "We had a good run in practice and were able to transfer straight from the heat to the main. From there we had some good battles on the track and ultimately took home a strong top 15. There's some room for improvement, I'll continue to get into race-shape as it's been several months since I've lined up, but I'm excited to leave Anaheim healthy and ready for more," Mellross concluded.