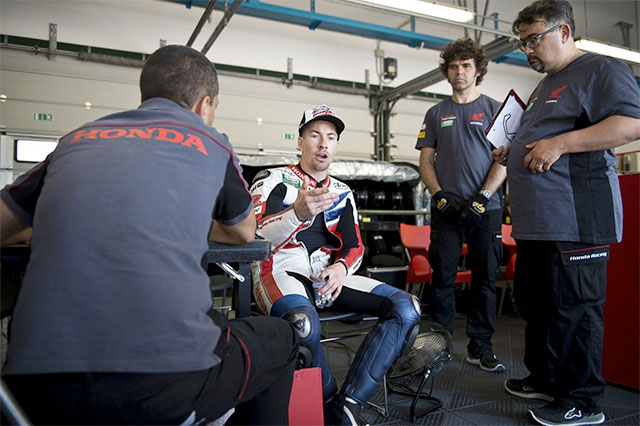 The Honda WorldSBK Team has completed a one-day official test at the Misano World Circuit ‰Û÷Marco Simoncelli‰Ûª following the eighth round of the 2016 season, which drew to a close on Sunday at the same venue.

Nicky Hayden and Michael van der Mark completed 99 and 89 laps of the Italian track, respectively, and were seventh and tenth quickest in the combined times of the two four-hour sessions held today.

Despite rain being forecast, only few drops of rain fell during the day, with the riders able to enjoy warm temperatures and a full-dry conditions in the afternoon. Both Hayden and van der Mark tried new tyres brought by Pirelli, with the American evaluating new rear compounds while the young Dutchman focused on front rubber. Their best lap-times were very close, as Hayden was only 0.135s slower than van der Mark‰Ûªs 1‰Ûª35.430. 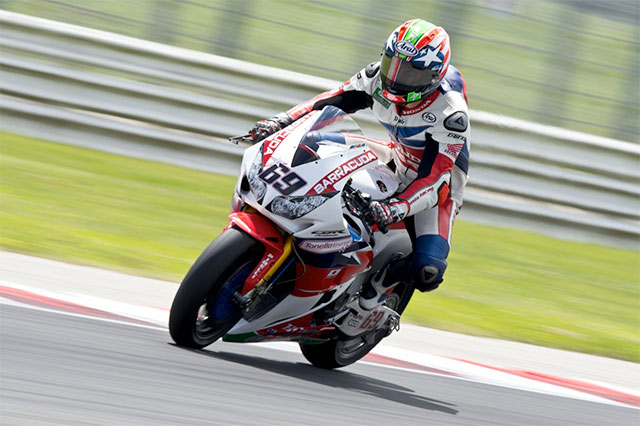 Nicky Hayden
Both sides of the garage evaluated different items and solutions left to be tested after the private test done at the start of the month, along with new settings developed with the information gathered the racing weekend.

"It has been a good day," Michael van der Mark said. "We evaluated many things without caring too much about lap-times. It was also good to return to the track straight after the end of the round. Towards the end of the day, we went back to the race set-up and tried some tweaks with suspension settings and front fork and my times were improving lap by lap. We ended the day very strong and my pace was competitive, so now we have a much clearer idea of our package ahead of Laguna. 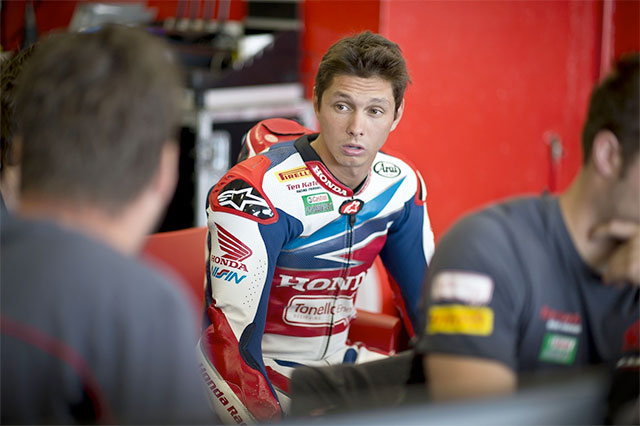 Michael van der Mark
Nicky Hayden was happy with the knowledge gained and is hopeful of improvements before the next round.

"We started the day in the damp and used our time to try some software updates, basically in and out laps," Nicky Hayden explained. "Everything seemed to be working quite well. Throughout the day we tried a good variety of things, including suspension settings, for the second part of the season.

"We made a few gains but also hit a few walls, which is normal in testing. I hoped I would have made a bigger step because my lap-times were similar to the ones I did at the start of the month. Just before lunch I tried some new Pirelli tyres with some good positives; I must say I‰Ûªm surprised about the huge amount of work they are putting even though they're the sole supplier for the series. We gave the team a lot of data to work on and hopefully we can put it all together for Laguna.

The team will now return to its Dutch headquarters to analyse the data and get ready for round nine, which takes place in three weeks at Laguna Seca in California. 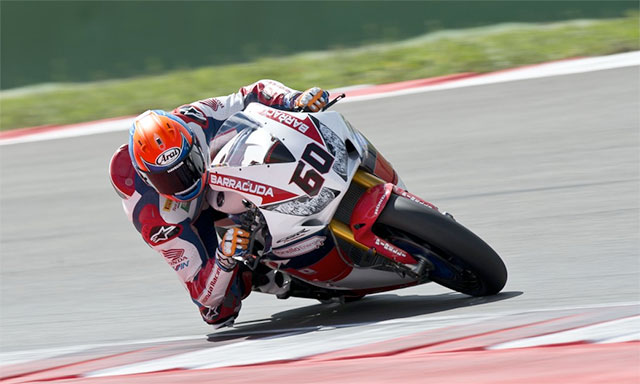