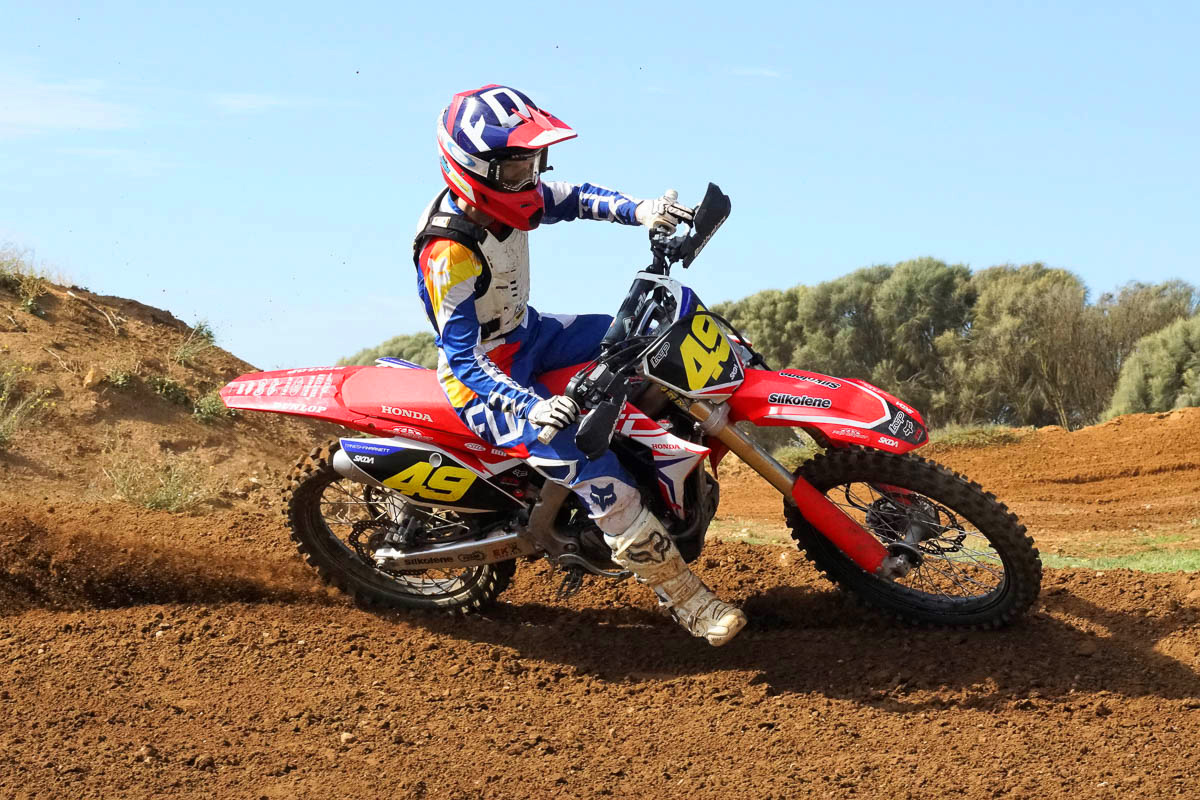 Having to come from behind in all three motos, the 15 year old from Nowra in NSW put on an amazing display of aggression as she made her way to the front of the field in all three races. Taking a solid nine point lead over her main rival Madi Healy going into Round 2 at the Outtrim MCC in four weeks time. 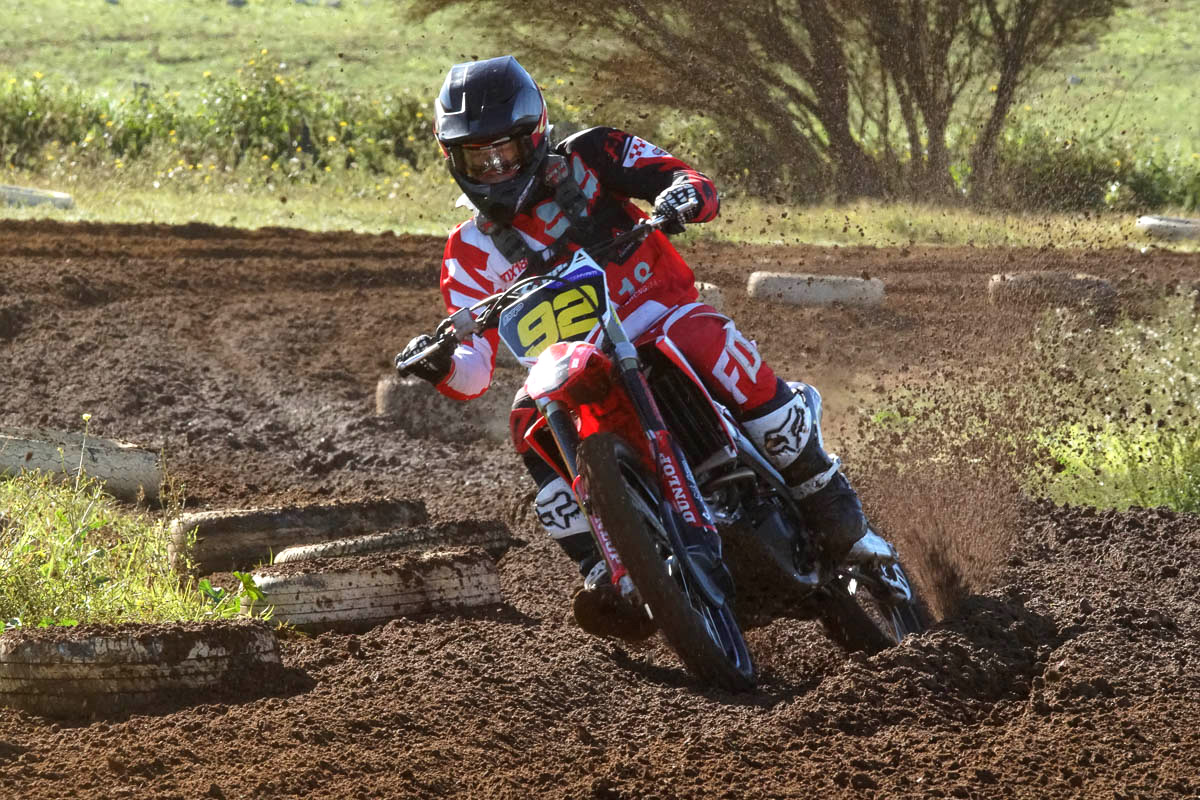 Dante Hyam during his incredible second moto charge to the lead. Credit: Ian Duncan
Reigning National Junior Champion Dante Hyam had an impressive first round of the state championships, qualifying fastest while going on to win two of the three points scoring motos by a sizeable gap. The highlight of the day was a ‰Û÷come from behind‰Ûª charge from Hyam that saw the New South Welshman start out of the top 15 and make his way through the entire field to eventually win by over 15 seconds in Moto 2.

A forgettable Moto 1 for Hyam saw a bad start turn into a huge coming together with another rider. An eventual 11th place in that opening moto, combined with two wins saw the number 92 machine finish in a solid second place on the day.

‰ÛÏWe had a few issues in moto one that just snowballed, and it was all caused by a bad start and me just trying to do too much in those early laps,‰Û 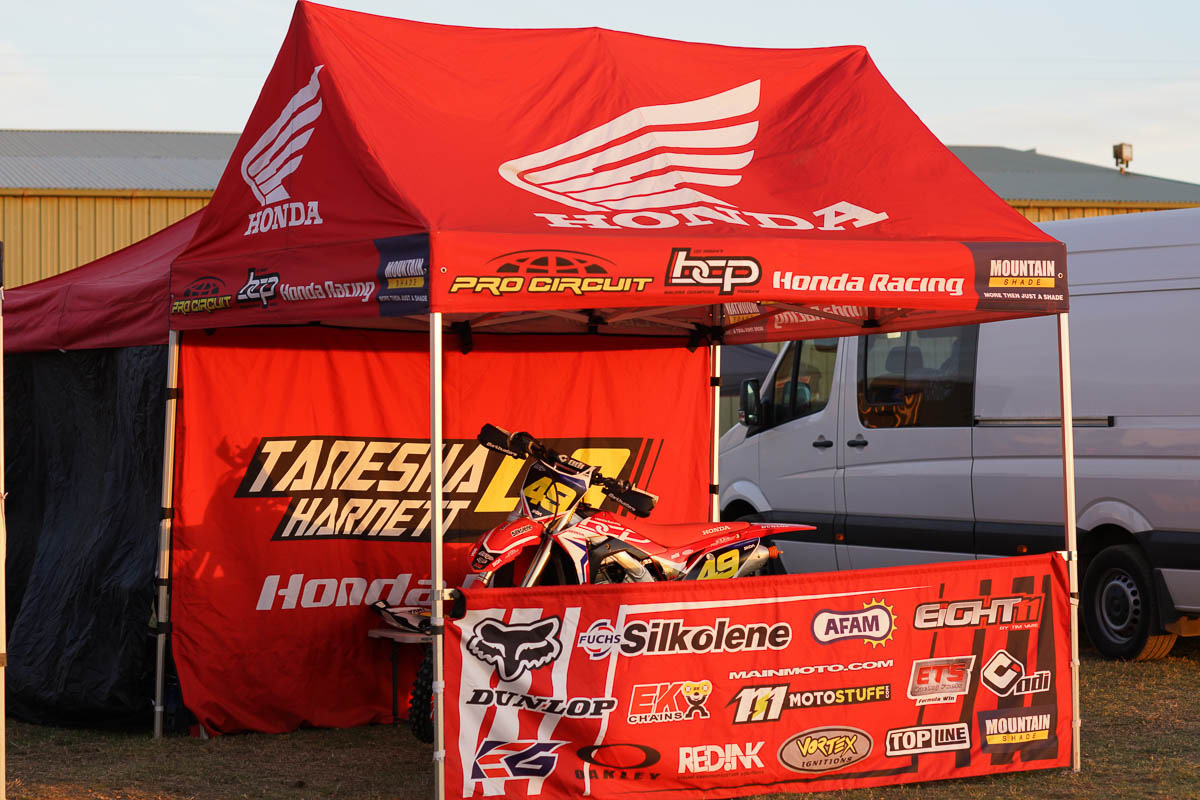