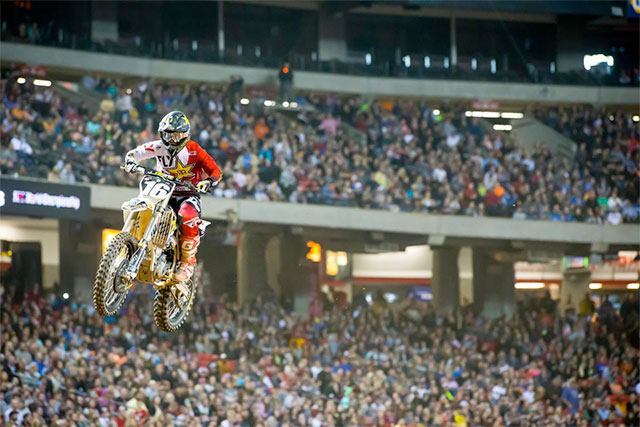 Rockstar Energy Husqvarna Factory Racing's Zach Osborne had an breakthrough night at the eighth round of Monster Energy AMA Supercross, held at the Georgia Dome on Saturday as he took a maiden victory in the 250SX East Class.

Osborne got third at the start of his heat, settled into a comfortable lead in lap two, and held on for the win. He got a top-five start in the main and moved into second by the end of the third lap. He made an impressive pass for the lead in the fifth lap and held strong to take his first victory in his 49th start.

As an added bonus the win sees him first overall in 250SX East rider point standings and heads to the next round with the coveted red plate.

"I had a great night," said Osborne. "I worked hard for that win and I'm ready to keep the momentum going into next week. It feels good to have the red plate." 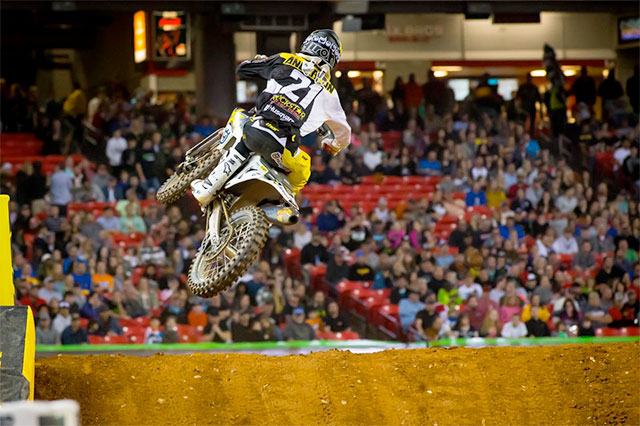 Jason Anderson just missed the podium in the 450SX class with fourth. Credit: Simon Cudby
While there where no podiums for his Rockstar Energy Husqvarna Factory Racing 450SX stable mates, Dean Wilson and Jason Anderson, both still scored solid points for the title chase.

Jason Anderson got a decent start in his heat and settled into sixth where he finished. He got the hole shot in his semi and claimed a victory to earn a transfer position to the main. He pulled a mid-pack start in the main and put on a very impressive charge to finish fourth. He is currently fifth overall in 450 rider point standings. 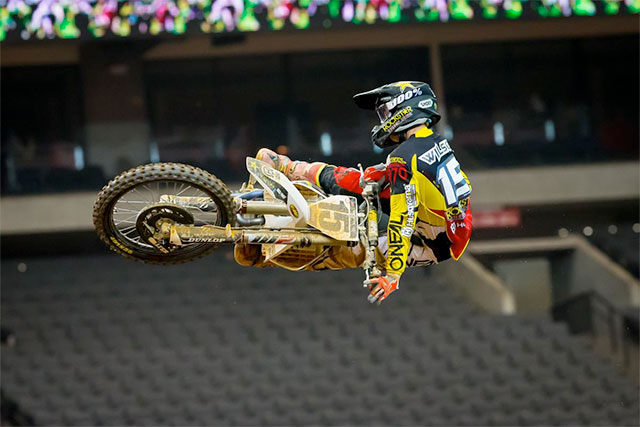 Dean Wilson laying it flat on his way to 10th. Credit Simon Cudby