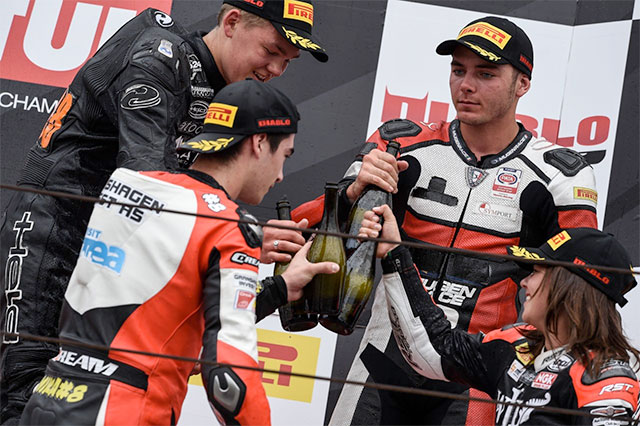 Hannes Soomer has taken a dominant win in the WilSport European Junior Cup, powered by Honda, at the Misano World Circuit in Italy.

The 18-year-old from Tallin, Estonia, put together a performance in all ways similar to the one shown two rounds ago at Assen, as he gradually pulled away from the chasing pack to cross the line with a 1.5secs margin on second-placed Mika Perez (Granshagen Racing Team), who was victorious last time out at Donington Park.

"It was a great race to wrap up a really good weekend overall," Soomer said. "On the first lap I made a couple of mistakes that cost me some places, but I was able to recover and get back in the lead. We were able to get back to the sharp end of the field after Donington and everything worked perfectly for us. I felt I had everything to go for the win so being able to achieve my goal is amazing. We‰Ûªre not too far from the top now and I can‰Ûªt wait for the next race, although we will have to wait a little for that," the Auto24Ring rider concluded.

The young Spaniard Perez won the battle for the middle step of the podium after an entertaining battle for honours, which at some point involved up to six riders. Hungary‰Ûªs Richard Bodis (H-Moto Team) rounded out the top 3 for what has been his maiden podium in 2016, while teammates Paolo Grassia and Alfonso Coppola (Chiodo Moto Racing) completed the top 5.

With three rounds left in the season, Soomer moves back to second place in the standings, ten points behind Perez. The 2016 WIL Sport European Junior Cup will return to action on September 15 at the Lausitzring in Germany for round five. 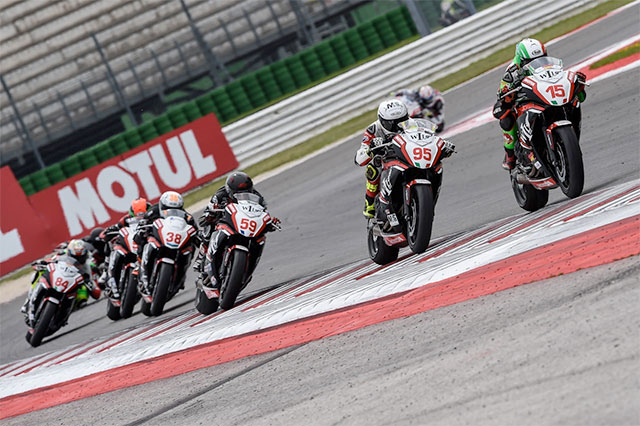