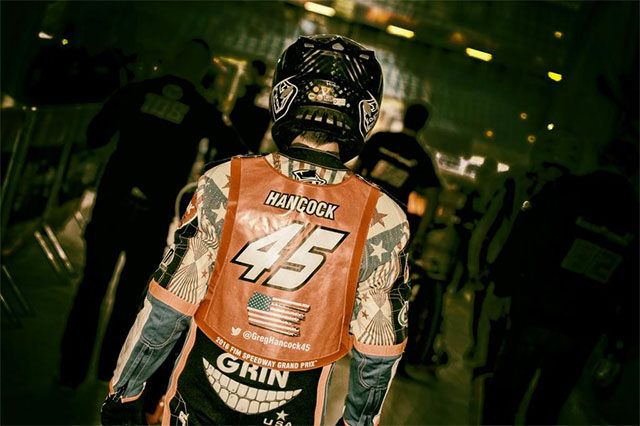 The 2017 FIM Speedway Grand Prix series launches in Slovenia on Saturday as four-time world champion Greg Hancock defends his title against one of the strongest fields in the competition‰Ûªs history.

The world‰Ûªs top riders head to Krsko for the AZTORIN Slovenian SGP ‰ÛÒ the first of 12 rounds taking in nine different countries ‰ÛÒ with the series climaxing with the QBE Insurance Australian SGP at Melbourne‰Ûªs Etihad Stadium on October 28.

Russian racer and double World Under-21 champion Emil Sayfutdinov is expected to make a big splash on his return to the World Championship after three seasons out after receiving a permanent wild card.

Meanwhile, Polish champion Patryk Dudek and Slovak No.1 Martin Vaculik join the line-up for 2017 after making it through the GP Challenge, along with Fredrik Lindgren.

Aussie ace Jason Doyle will be determined to make up for an agonising end to 2016, crashing out of the title race at the penultimate round in Torun, despite racing into a five-point lead at the top of the World Championship after winning four of last year‰Ûªs 11 events.

Hancock admits he faces stiff competition from top to bottom as he bids to become one of the World Championship‰Ûªs top four riders of all time and lift title No.5.

The 46-year-old said: ‰ÛÏIt‰Ûªs a really tough field that the Grand Prix has this year. Even last year I felt it was getting even more consistent from No.1 to No.15, so you know points are going to be much more difficult to come by. You have to be on your game.

‰ÛÏI can‰Ûªt say it‰Ûªs the toughest because I‰Ûªve had some pretty tough years and that would be pretty disrespectful to previous years. Speedway has never been easy.

‰ÛÏBut I feel pretty good and I love my racing. While I love it, I want to be the best I can and I put pretty high goals on my year. I try to achieve those goals, and sometimes it works, sometimes it doesn‰Ûªt.

‰ÛÏAs long as I know I‰Ûªm on par, I go with it. It‰Ûªs serious when I get up there and I‰Ûªm the world‰Ûªs worst self-critic.

‰ÛÏIt‰Ûªs the beginning of the year once again and everyone is talking about it, so it‰Ûªs time to get down to business!‰Û