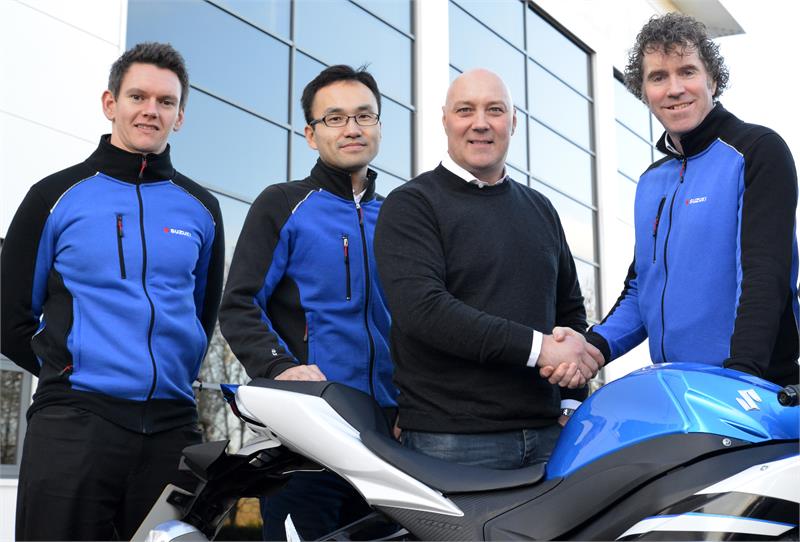 Halsall Racing has announced the continuation of its partnership with Suzuki GB in 2016 and will again be running Suzuki‰Ûªs official effort in the British Superbike Championship next season.

The 2015 campaign saw the Halsall Racing team and Suzuki join forces for the first time and enjoy a positive first year together. It was the team's first year with the proven GSX-R1000 machine, and was used to gather valuable data and information to move forward with development in 2016..

Backed by renowned insurance provider, Bennetts, for the second year, the team will launch a full, two-rider assault on the series in 2016.

‰ÛÏWe're delighted we'll be able to continue working together with Suzuki GB and the GSX-R1000 again in 2016 after a solid first year together." Halsall Racing Team Owner, Martin Halsall, said:

"It was a year with plenty of challenges, but we always expected that, working with what was a new bike for us for the first time. But we took plenty of positives and went from strength to strength and we're looking forward to next year and challenging more consistently at the very front.‰Û