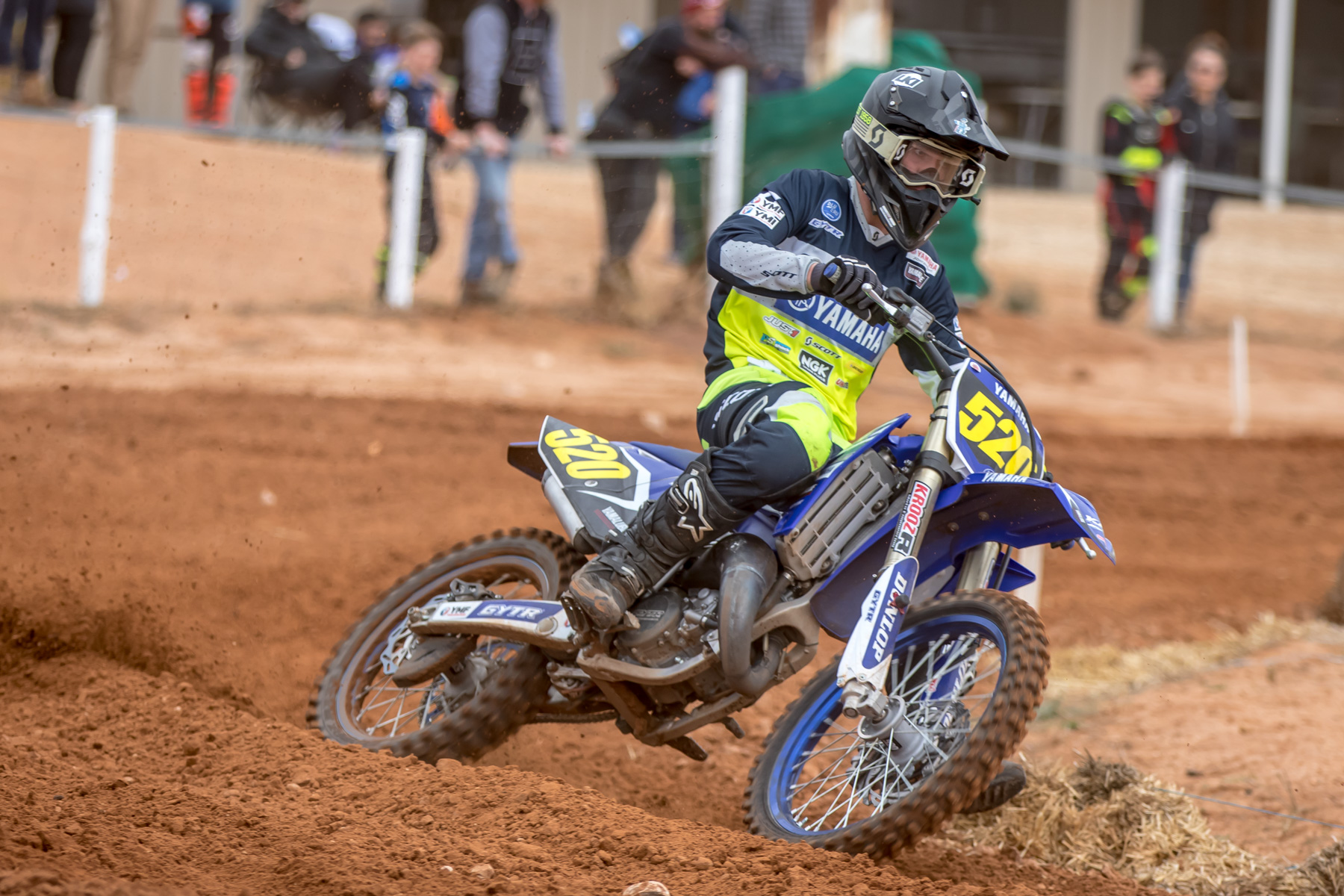 Alex Larwood tasted victory in both South Australia and Victoria over the past couple of weeks
The last month has seen the racing season kick into full swing in all states and the GYTR Yamaha Junior Racing Team have been travelling the country far and wide in search of quality competition and achieving excellent results. 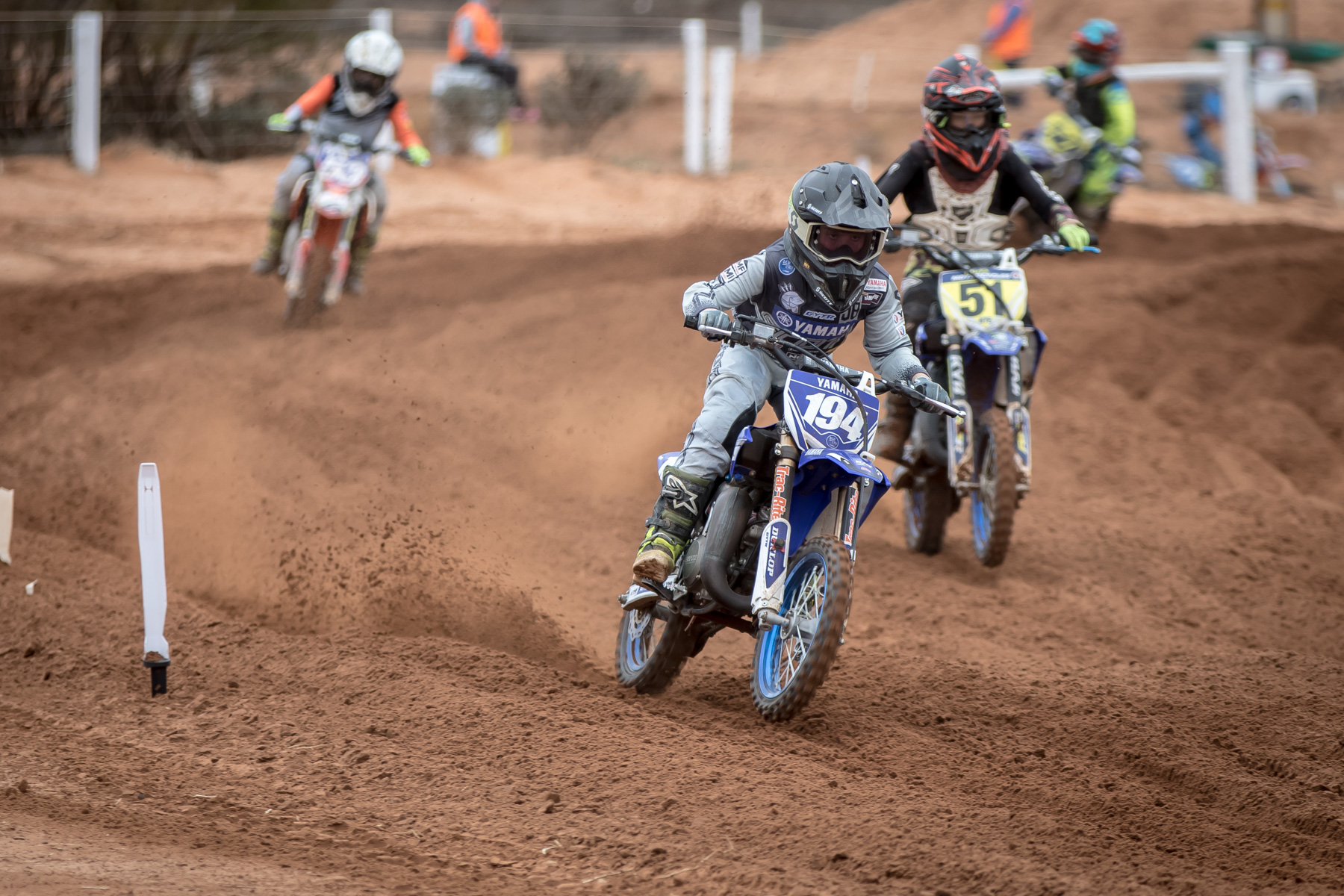 Jobe Dunne was another rider to have success across two states racing in noth S.A and Vic state titles
Round two of the Victorian Junior Motocross Championship was ran at the Maffra circuit recently and plenty of the YJR crew converged on the popular track. Riders from South Australia and New South Wales joined their Victorian counterparts in a huge YJR presence and the results flowed nicely.

In the 85cc class, it was the Kingsford brothers from New South Wales doing the damage with Kayd taking the win in the 9-11 years 85cc class and brother Ryder claiming second in the 12-15 years 85cc. Kayd all but dominated the younger class with 2 race wins and a second place and is showing great improvement on his YZ85.

The 65 division saw strong performance from Kayd Kingsford, Wil Carpenter, Jay Jennings and Jobe Dunne. Kingsford rounded out an impressive weekend by winning the 10-12 years 65cc class, while Carpenter, Jennings and Dunne are all well placed in the championship at the end of round two. 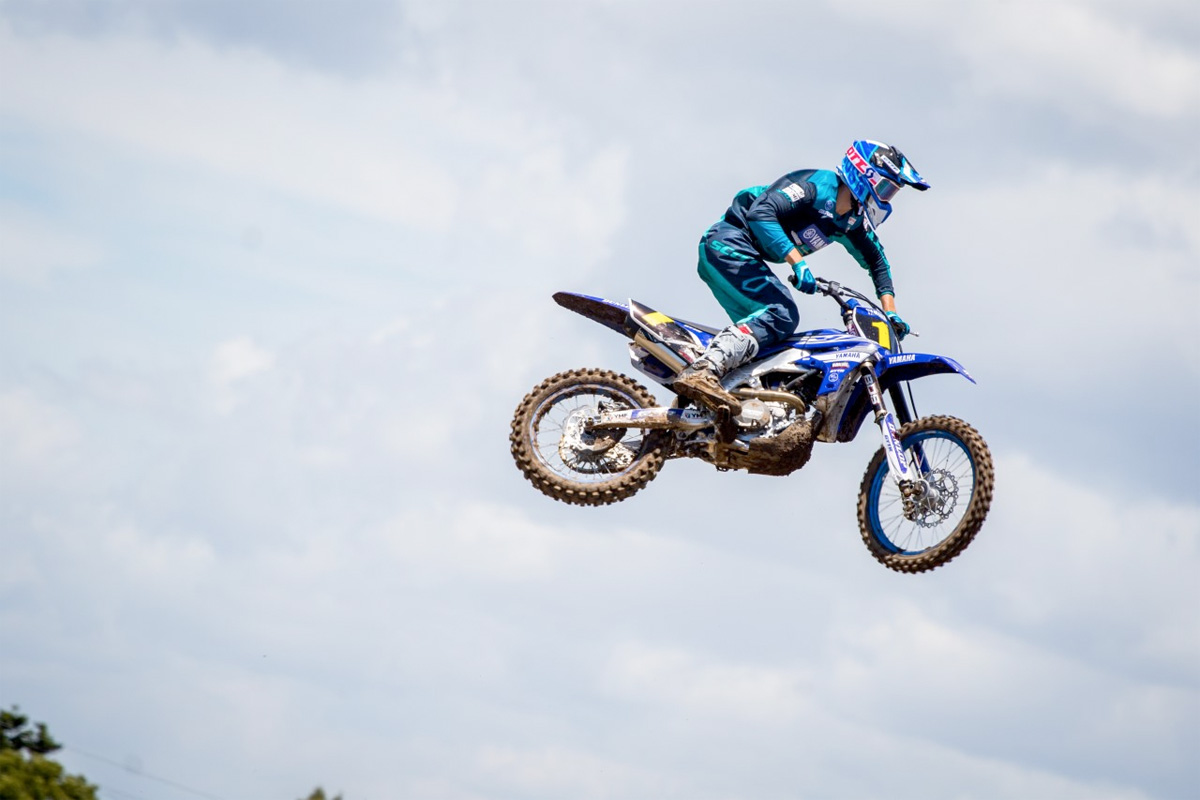 Cody Chittick featured for the team taking second place in both the 13-15 years 125cc and 13-15 years 250cc events.
West Australia

The opening round of the Western Australian Motocross Championship took place on the gruelling Coastal Park track, near Fremantle. An endless sea of sand waves greeted the riders and Coastal Park late on a Sunday afternoon is no place for the faint-hearted.

Cody Chittick featured for the team taking second place in both the 13-15 years 125cc and 13-15 years 250cc events. Chittick was a model of consistency all weekend and has himself perfectly placed after the first round for a serious championship tilt. Jake Turner also found himself inside the top five in both classes after round one and ready to make his move as the series progresses.

Jake Rumens made his debut for the team in the 65 and 85cc classes and his opened his account with some good racing and will continue to build as the year moves on. 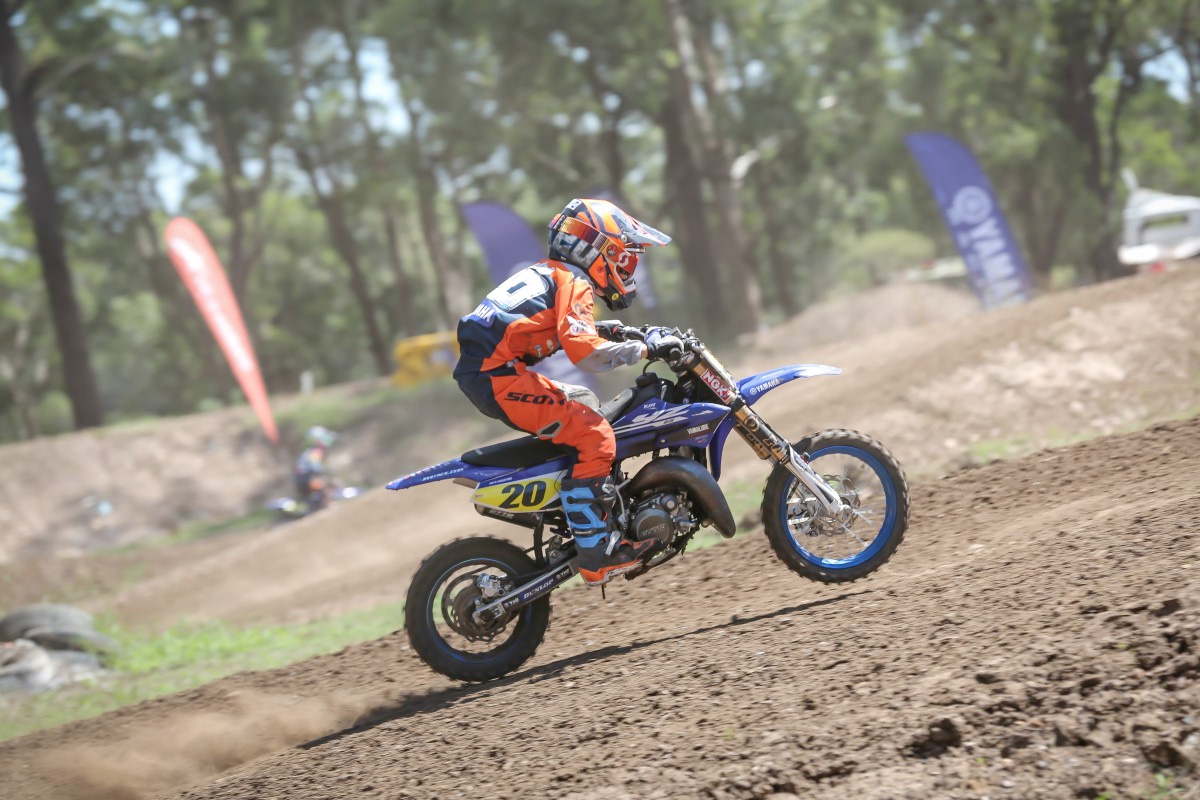 Round for the of Sunshine State Series hit the rural town of Kilcoy, north west of Brisbane on the weekend and it proved to be another successful weekend for Levi Rogers and Jack Cannon.
Queensland

Round for the of Sunshine State Series hit the rural town of Kilcoy, north west of Brisbane on the weekend and it proved to be another successful weekend for Levi Rogers and Jack Cannon.

Cannon was the man to beat this weekend in the 10-12 65cc and the 9-11 years 85cc as he went through the day taking the perfect six wins from six starts to claim the round victories and now move into the series lead on both bikes.

Levi Rogers continued on his winning ways with victory in the 15 years 125cc class, clean sweeping all three races while some crashes slowed his progress in the 250cc division where he finished in third for the day. Like Cannon, Rogers also leads his classes in the series, so the QLD YJR team lead all four classes they contest. 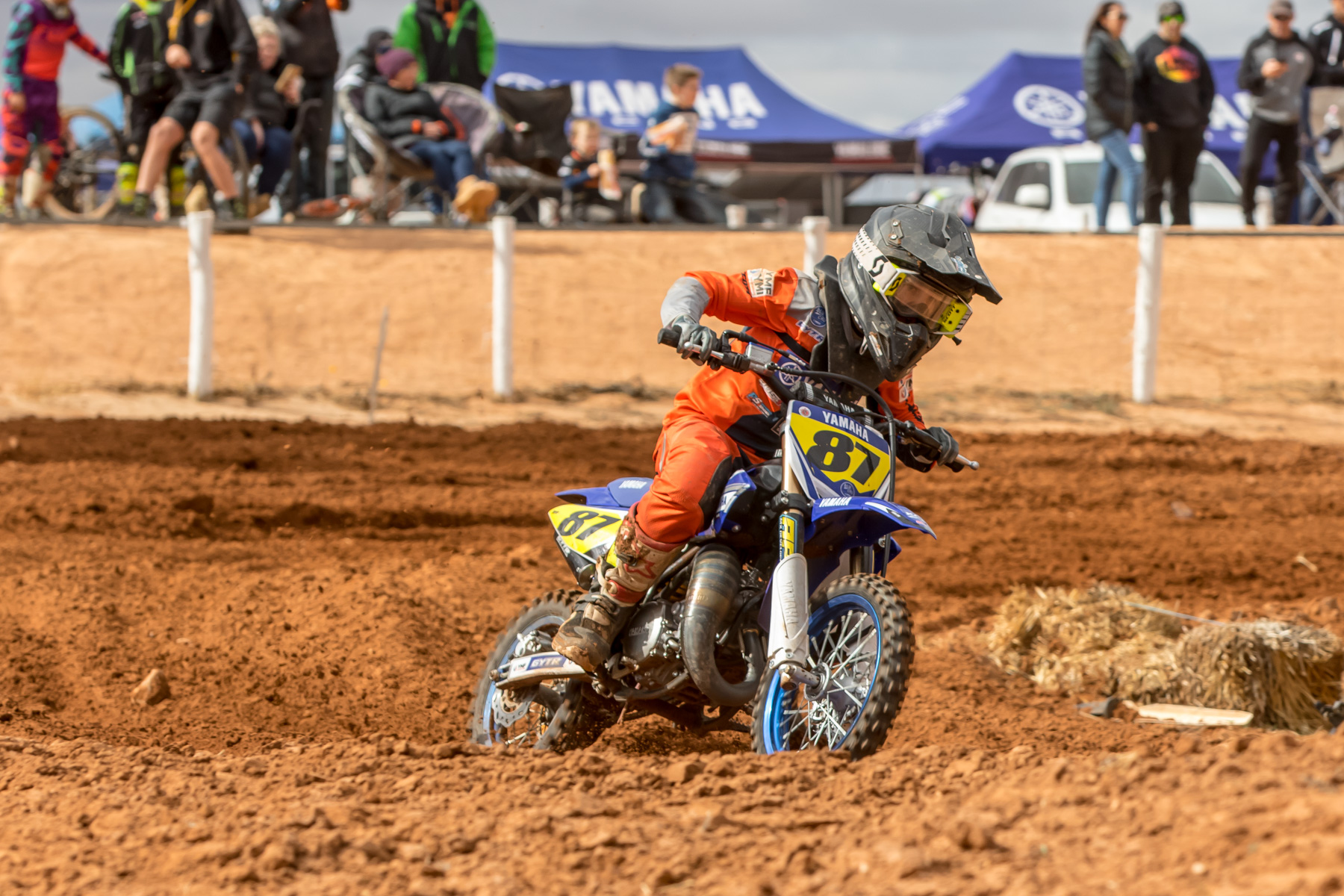 Wil Carpenter won the 10-12 years 65cc class, taking all three race wins
South Australia The domestic South Australian motocross season got underway at Renmark on the weekend and again all eyes were on Alex Larwood. He had another perfect weekend and dominated racing on both days taking the class win on his 125 and his 250F.

Wil Carpenter and Jobe Dunne also wanted a big piece of the top step of the podium and Carpenter made that happen in the 10-12 years 65cc class, taking all three race wins while Dunne took the class win in the 7-9 years group.

The YZ65 is certainly impressing as on track results are first class. Success has followed the bike in 2019 and the bLU cRU continues to grow.