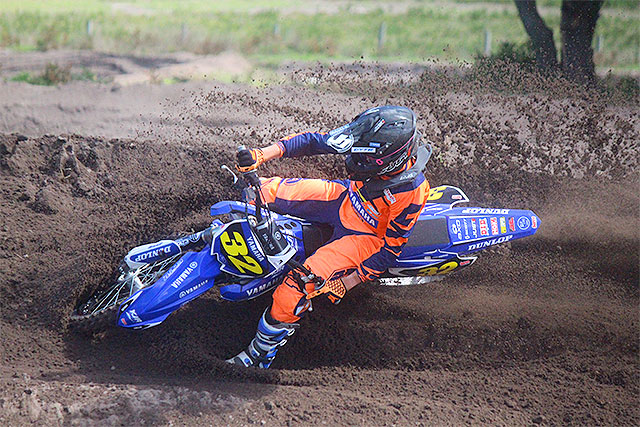 The first of four rounds of the Victorian Junior Motocross Championships was run at Cobram this last weekend under sunny skies and good rider numbers.

The Victorian motocross scene seems to be the place to be with riders from almost every state lining up to make this state championship the one to win.

Liam Andrews, 14, was back for his third season with YJR but stepping up to the larger capacity 125 and 250cc bike. He was joined by new team mate for this season, Ty Sharp who contested the 9-12 years 65 and 85cc divisions.

Liam has taken to his 125 and 250 like a duck to water and his lead up form has been good. He was confident of putting his YZ's right up the pointy end. Andrews‰Ûª started the weekend racing his YZ250F and posted 4-6-3 results to round out the day in fourth place and showed that he has speed to run with almost anyone. Like always starts proved to be the difference at this rutted track and his starts were not quite what he needed but he fought hard for every position.

Liam had a rough start to his 125cc campaign when in moto one he collided with a lapped rider and bent his gear shaft back to the foot peg. As a result, he was forced to ride the rest of the race stuck in third gear but still finished fourth. He rebounded well in the final two motos to finish both in second place and round out the class in fourth place. 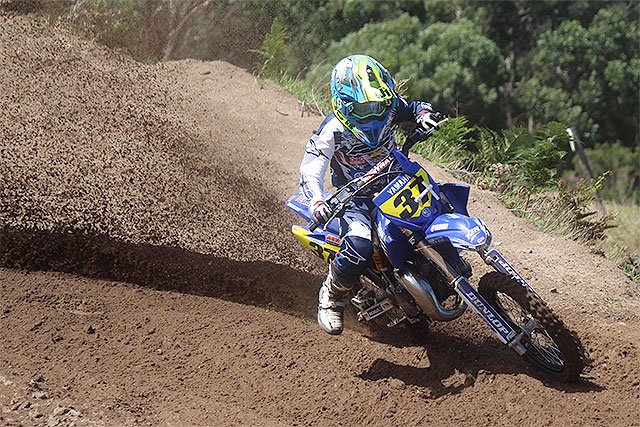 Ty Sharp on the gas on his YZ85. Credit: Shane Matthews
Ty Sharp was racing his 65 on Saturday and is one of the youngest A graders on the line. Ty did himself proud putting himself in great positions on the starts in all three races to race home second place in each moto and finish the day ion second overall.

Sharp lined up on his YZ85 for his first 85 Vic championship race. Ty showed great speed but a few big mistakes on a tricky track held him back. His results of 13th, followed by a sensational third, then a 10th put him eighth for the round. Ty showed great heart getting back on after a few nasty falls.

‰ÛÏSaturday went so well and I was super happy with my riding with no mistakes. Sunday was much tougher but I was pumped with my third in that moto on the 85. My bikes were running awesome all weekend and I had so much fun."

‰ÛÏIt was a good start for the boys competing against some tough opposition,‰Û