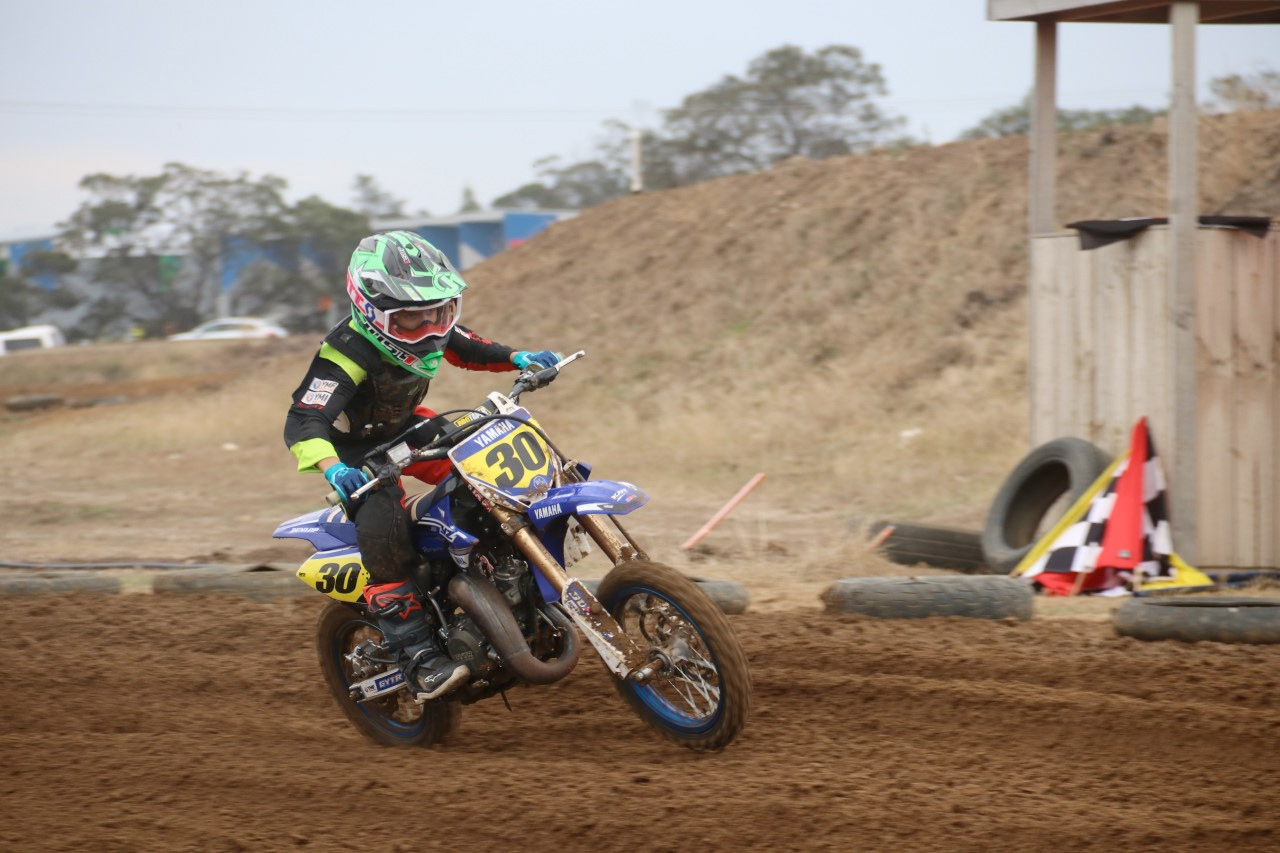 Jennings, fought his way to two class wins taking victory in the 7-9 years 65cc class as well as the 9-11 years 85cc division.
The past month has seen plenty of racing activity in the junior divisions with state and regional series now getting down to the business end of the year.

GYTR ‰ÛÒ Yamaha Junior Racing have again been in the thick of the action and are well placed to land plenty of series success across several states. Tasmania ‰ÛÒ State Championships

Round three of the Tasmanian Motocross championships hit Smithton in the states north and the GYTR- YJR duo of Jay Jennings and Angus Pearce racked up a very successful weekend.

The young gun of the team, Jennings, fought his way to two class wins taking victory in the 7-9 years 65cc class as well as the 9-11 years 85cc division. Jennings won five out of the six races contested on the weekend and now holds the lead in both divisions.

Pearce wasn‰Ûªt to be out done by his younger team mate and charged to victory in the 12-14 years 85cc class. Pearce won all three of his races, giving the Tassie boys eight race wins from the nine contested and Pearce continues to lead the state championship in his division. 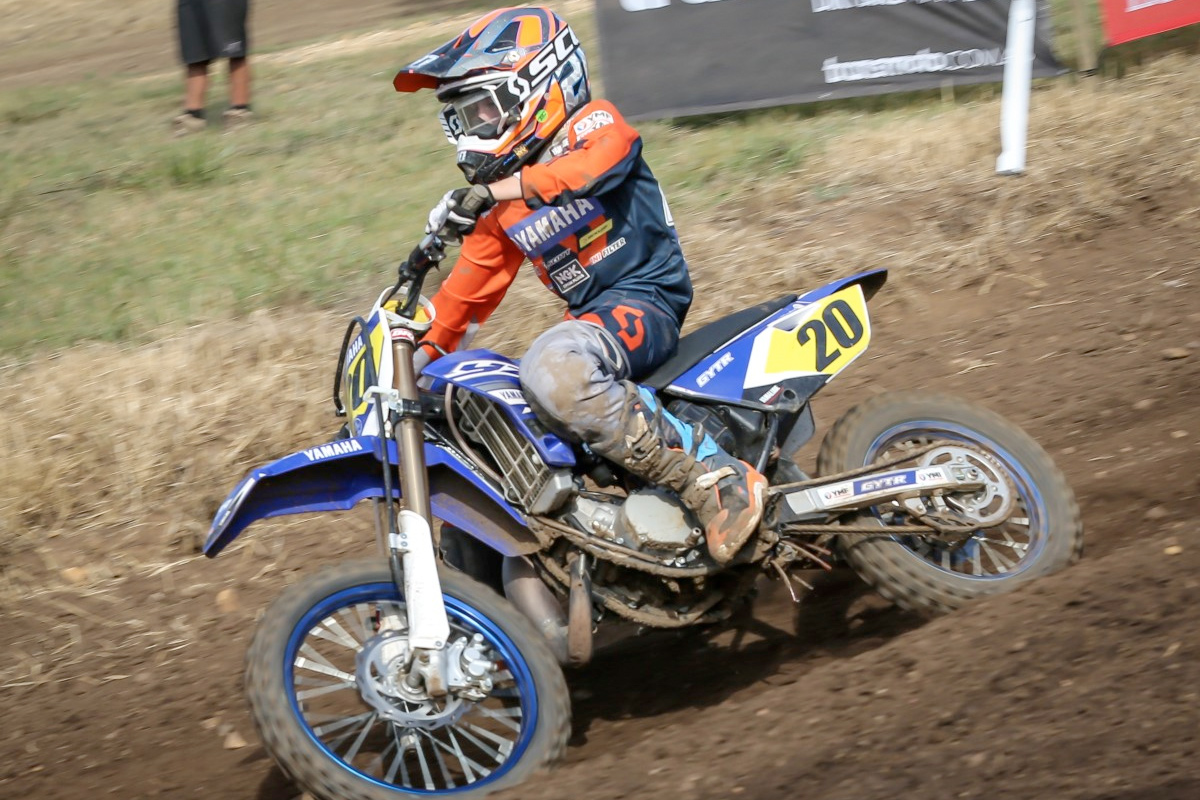 ayd Kingsford, endured a rough weekend at Port Macquarie but still found his way to the podium on his YZ65
Round three of the popular East Coast MX Series in New South Wales rolled into Port Macquarie recently and the venue served up plenty of intense action. The NSW YJR crew were a man down with Bayley Clancy currently sidelined due a leg injury, so it was left to the Kingsford brothers to fly the YJR flag.

Ryder Kingsford has made the successful jump up to the 125cc class and continues to improve with each outing. He took the victory in the 13-14 years 125cc class winning two out of the three races contested on the day.

He backed that up with a third place finish on his YZ85 in the 12-14 years age group and is well placed in both series, holding down third on the 125 and second on his 85 and well in contention for the series win.

Younger brother, Kayd Kingsford, endured a rough weekend at Port Macquarie but still found his way to the podium on his YZ65. Kayd finished with 2-6-3 results in a crash filled day to take second place and keep his series hopes alive. Unfortunately, he crashed on his 85 but despite the tough day, he still sits second in the series in the 9-11 years 85cc class. 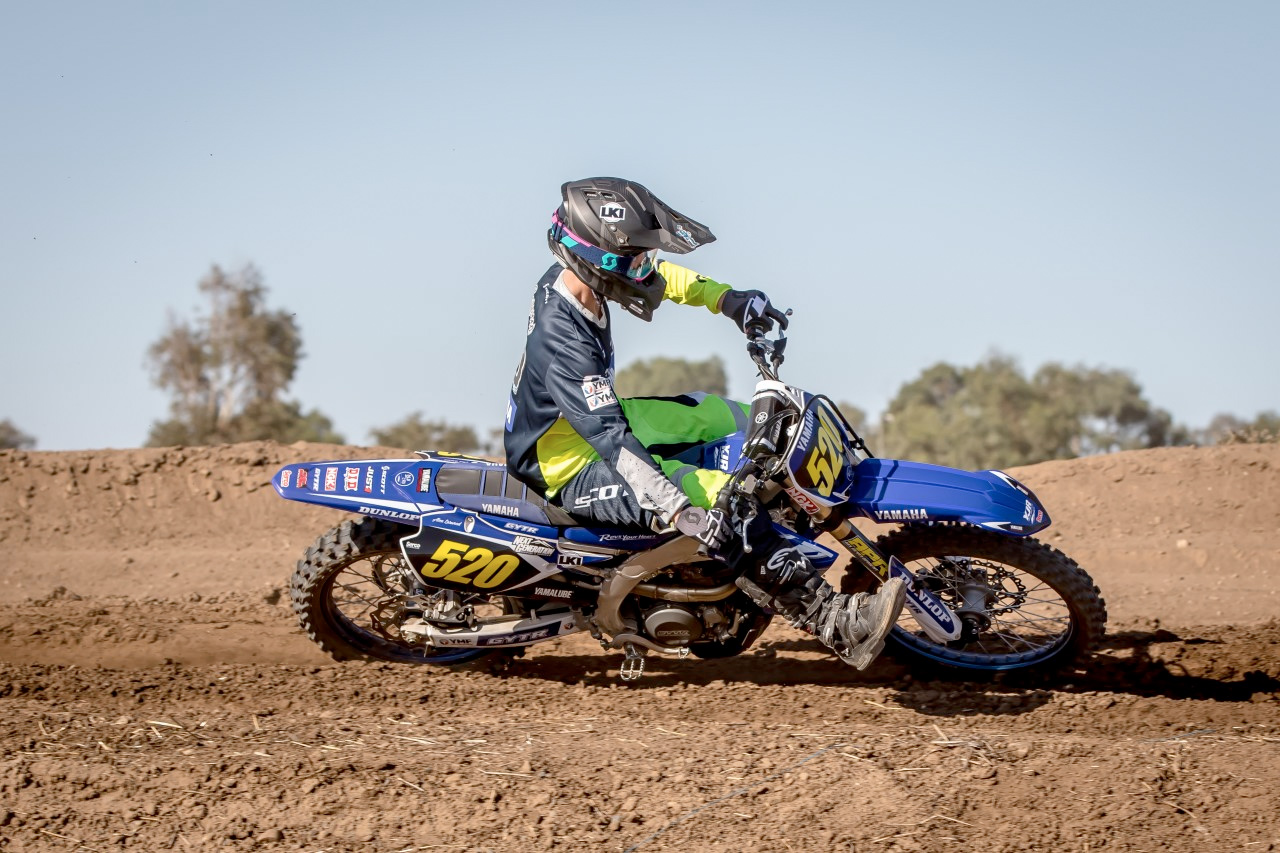 Larwood was the star of the show, taking home the perfect weekend of racing after winning all six motos he contested
The weekend saw the running of round three of the Victorian Junior Motocross Championship and several of the GYTR-YJR contingent converged on the Mildura circuit. Alex Larwood and Wil Carpenter from SA, joined Jay Jennings from Tassie as well as the Victorian duo of Kipp Adams and Jobe Dunne, making for a huge Yamaha presence at the event.

Larwood was the star of the show, taking home the perfect weekend of racing after winning all six motos he contested. Larwood took victory in the three 13-15 years 125cc races as well as the three 13-15 years 250cc motos and now holds a commanding lead in the championship on both divisions.

He was well supported by Adams who took fourth on both the 125 and 250 in a consistent day and keeps him in a podium position for the championships.

In the 65cc class, Carpenter led the YJR charge taking second in the 65cc A Grade division with 2-2-2 results, just ahead of Jennings in third making it a YJR 2-3 for the class.

Dunne also had a good weekend on his 65, taking fourth in the 65cc B Grade, but was then struck down with illness over night and struggled to ninth place on his 85. 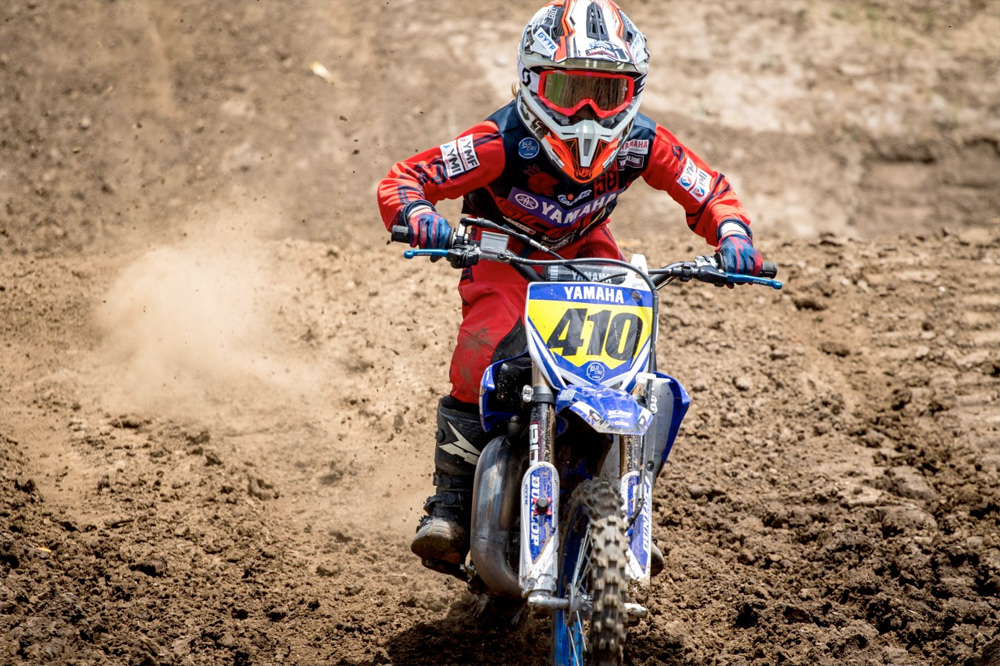 Cannon also wanted in on the podium action and he was able to match Rogers with race wins in his 65cc class has he took the perfect three from three
Round five of the Sunshine State Motocross Series ventured out to Goondiwindi, four hours west of Brisbane, for the first time in years and the track was in good shape for Saturday‰Ûªs racing where the juniors ripped in.

Levi Rogers and Jake Cannon picked up where they left of at the previous round and between them won 11 of the 12 races they contested on the day and with one round remaining have put themselves in the perfect position to claim four series wins.

Rogers took all before him in the 15 years age group, winning all three motos on his YZ125 and YZ250F. His only blemish for the day came in the opening 250 moto when he fell while leading and had to scramble in the remaining laps to get back to the front. He was able to make the pass with a lap and a half to go and secure the race win. From then on it was smooth sailing for Rogers.

Cannon also wanted in on the podium action and he was able to match Rogers with race wins in his 65cc class has he took the perfect three from three, but the perfect weekend for the pair came undone when Cannon crashed twice in his second 85cc moto. He finished with 1-8-1 results in the 9-11 years category which was good enough for second overall on the day.

The sixth and final of the Sunshine State Series is at Coolum on June 15-16.