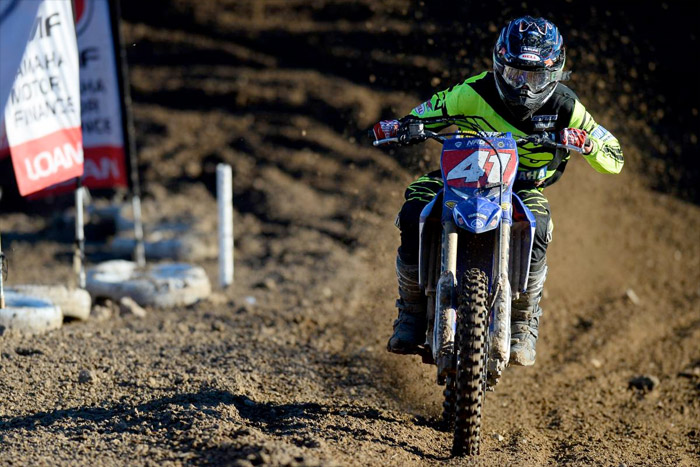 After Tierney dominated prior to the mid-season break, Todd seized the opportunity to bring his season back to life today ‰ÛÒ recording impressive results and making up further points in his hunt for an MXD championship.

In race one, Todd snatched the holeshot before running away with the race lead, leaving his competition behind him. With Todd checking out, KTM mounted Jayden Rykers and Tierney went to battle for second position. However, by the time the chequered flag flew it was Todd who took the race win ahead of Rykers and freshly returned Mitchell Evans (GYTR Yamaha) who claimed an impressive third place. Teirney concluded race one in fourth.

After a less than desirable result in race one, Tierney entered the second moto looking to turn things around. After taking an early lead, Teirney appeared not to be threatened, with the majority of the battles happening behind him.

However with Todd hot on his tail, the two went head to head for the final two laps - Teirney only narrowly holding off the Yamaha freight train to take the final race win ahead of Todd, followed by Evans who took a consecutive third place for the day.

At the conclusion of racing, the Pirelli MXD podium was owned by Husqvarna and Yamaha. Todd taking the round six overall win ahead of Tierney, followed by Evans who completed the podium with third.

‰ÛÏI had a really good first race, and I finished with a pretty good lead which is exactly what I wanted,‰Û