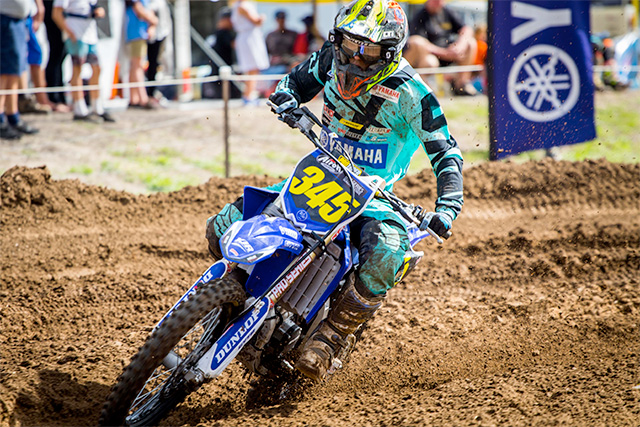 GYTR Yamaha Junior duo of Jack Kukas and Levi Rogers kicked off their 2017 Queensland Motocross Championship aspirations in fine style with an impressive performance at round one of the series held at the Townsville Motocross track, over the weekend.

Both riders entered the opening round in good form and were hoping to get things off to a flying start on the challenging and difficult Townsville track.

Kukas took up the challenge in the 15 years divisions, racing his YZ125 and YZ250F. He dominated proceedings on his 125, winning all three motos contested, showing great speed and endurance throughout the weekend.

He ably backed that up with another class win on his YZ250F, with 1-2-1 results, meaning he won five out of the six races he competed in at Townsville.

The great start to the championship has him perfectly placed for the second and final round at the Tivoli circuit, west of Brisbane, in three weeks‰Ûª time.

‰ÛÏIt was an awesome way to start the championship and I felt pretty good on the track all weekend," Kukas said. "It can be a tricky track to ride as it gets rough and a lot of square edge style bumps develop so you have to be patient and think about your riding.

‰ÛÏMy bikes were great again today and I achieved the goals I had set for myself coming into the weekend so it was a real positive start for me.

‰ÛÏThe next round is at Tivoli which is a track that I ride a bit so I‰Ûªm looking forward to continuing on there and trying to improve my racing,‰Û 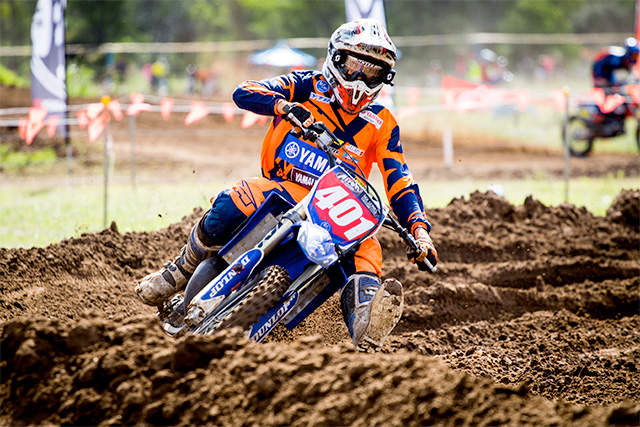 Levi Rogers is looking good after the opening round at Townsville
It was also a sensational start for team mate, Levi Rogers, who was contesting the 13-14 years 125 and 13-14 years 250cc classes. Rogers took the win on his YZ125 with 3-1-1 results after some hard-fought racing and then slotted into second place on his YZ250F with 2-9-1 finishes.

His ninth-place finish on the 250 was his only blemish over what was an encouraging weekend for the Blackwater racer who showed a good turn of speed in each race.

‰ÛÏI had a bit of a brain explosion in the second 250 race where I finished ninth,‰Û 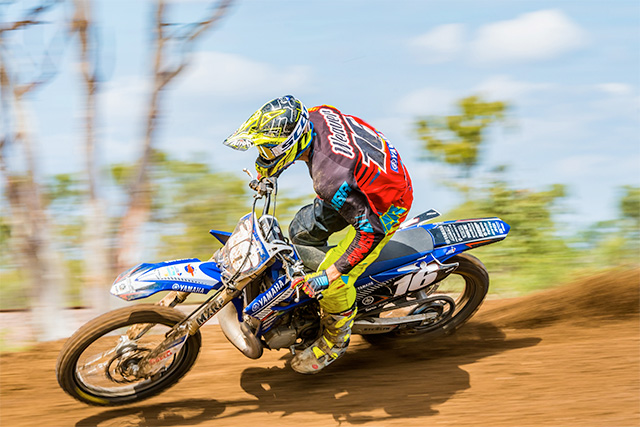 Luke Weaver in control of the points in the MX1 and MX2 divisions.
It was also a successful weekend for Yamaha supported riders in the senior championships. Cairns based, Luke Weaver, did the double taking the class win in the MX2 and premier MX1 divisions in an ironman performance.

Weaver is an experienced competitor and used his years of racing experience to wear down his younger opponents in the six motos raced in Townsville.

‰ÛÏI had been doing a fair bit of riding and training in the lead up to this weekend so I was hoping for some good results. It‰Ûªs nice to see that work translate to the track and my fitness was one of the main reasons why I was able to get the win on the weekend," Weaver said.

‰ÛÏWe now have the long travel down to Tivoli in Brisbane but I have raced there before and I know what to expect so I will work hard in the coming weeks and keep the good results coming down there,‰Û