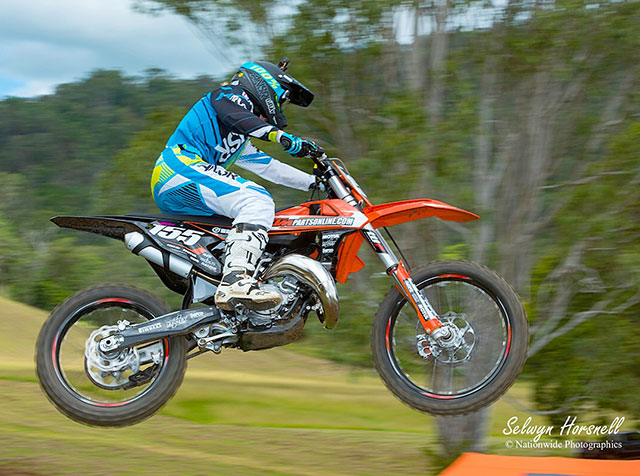 The RXT Shell Advance Sunshine State Motocross Series got underway in the deep sand of Hervey Bay over the weekend.

The series run in the south east corner of Queensland, this year runs the women‰Ûªs class on the same day as the rest of the senior fields, allowing the girls to showcase their talent.

Northcoast KTM‰Ûªs Tamara Gray was the first to score a moto win aboard her all new KTM 150SX, but it was Queensland Bike and 4WD‰Ûªs Sarah Guthrie who managed to claim the remaining two moto wins mounted on her KTM 250SX.

Tamara Gray also went on to back up her women‰Ûªs class performance racing in the 125cc Open class where she finished in twelth overall against the guys.

The next round of the RXT Shell Advance Sunshine State Motocross Series will take place at Tivoli Raceway on April 9/10.

Full event results can be found at www.mylaps.com.au