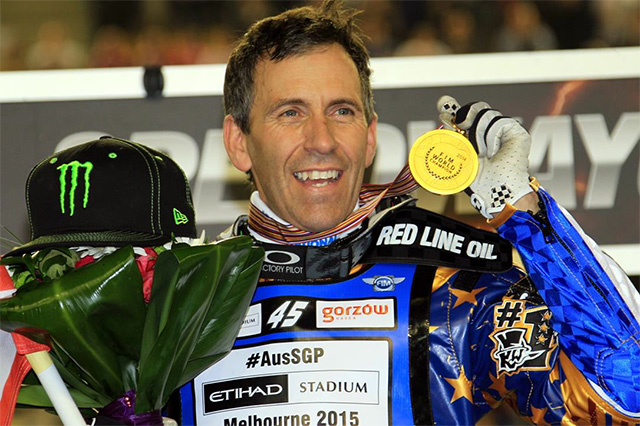 The Californian ripped up the record books once again as he lifted his third FIM Speedway World Championship at the Borygo Torun FIM Speedway Grand Prix of Poland on Saturday.

The 1997 and 2011 champion broke his own record by becoming the sport‰Ûªs oldest world champion at 44 years and 130 days old, as well as the first American to win speedway‰Ûªs biggest prize three times.

And despite Hancock‰Ûªs younger rivals giving their all to chase him down, the Whittier-born racer already has ambitions to chase No.4.

‰ÛÏBeing world champ feels sweet every time. It still feels like it‰Ûªs sinking in. The adrenaline is dropping now, but the actual sensation of being the champ is finding its place. It‰Ûªs an incredible feeling. It really is.

‰ÛÏEvery year I ride, the biggest carrot at the end is to win the World Championship. The first one was fantastic; the second one was amazing and this is unreal.‰Û