Greg Hancock ready for the prospect of making history 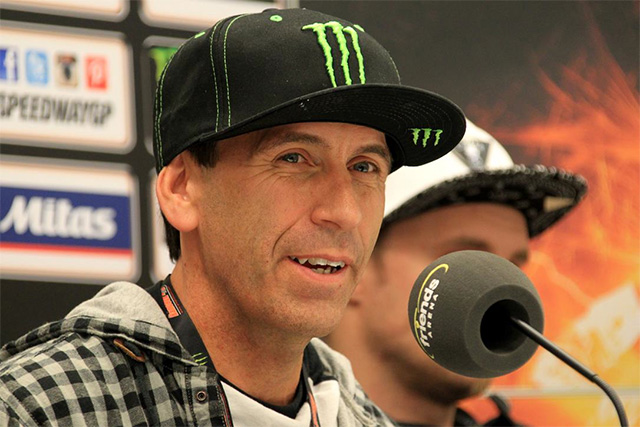 Greg Hancock played down the prospect of making history as he stands 10 points from becoming the first ever American triple world champion at the Borygo Torun FIM Speedway Grand Prix of Poland on Saturday.

The World Championship leader goes into the series decider with a healthy 12-point lead over Polish hotshot Krzysztof Kasprzak. He is 15 clear of defending champ, Tai Woffinden of Great Britain, in third.

The 44-year-old became the sport‰Ûªs oldest world champ when he won title No.2 in 2011 at age 41 and could eclipse his own record.

But first the Californian has a job to do and talked down comparisons to Penhall ‰ÛÒ the 1981 and 1982 World Final winner from whom he inherited his iconic No.45.

Hancock said: ‰ÛÏThere is no bigger honour than to win the World Championship and I think Bruce would agree with me. It‰Ûªs just the greatest feeling ever.

‰ÛÏBut I‰Ûªm not out to compare myself to anybody or be better than anyone else, except in the year I want to be world champ. That‰Ûªs what I want to do.

‰ÛÏI‰Ûªve never set out in my career to break records ‰ÛÒ I set out to be the best and win as many championships as I could. I‰Ûªm still going at it and there is still a lot left in me believe it or not.‰Û