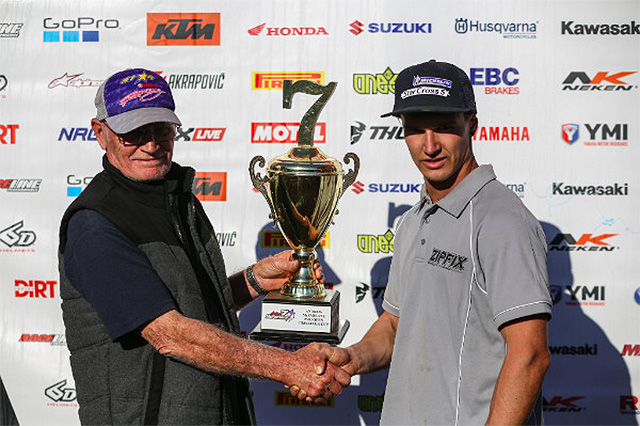 The highest placed privateer riders in the Thor MX1 class and the Motul MX2 category have had their names added to two of the most prestigious trophies in the championship, with the Jono Porter and Andrew McFarlane Privateer awards handed out at Round 10 of the Motul MX Nationals at Coolum on the weekend. Joel Green in the Thor MX1 class took out the Andrew McFarlane Privareer award after finishing in an impressive 10th in the championship, while Richie Evans in the Motul MX2 category took out the prized Jono Porter Privateer trophy after finishing ninth in the points, despite being injured and unable to

After racing had concluded on Sunday, Green shared what it means to have his name now featured on the Andrew McFarlane trophy alongside many other great riders who have taken out the award in the past.

‰ÛÏI‰Ûªd really like to thank those who got behind me and supported me this year,‰Û 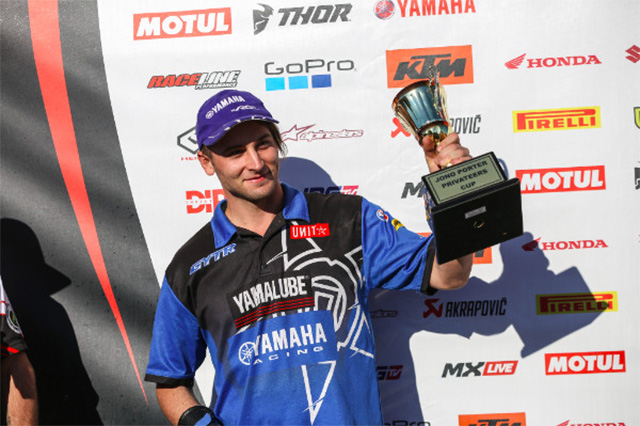