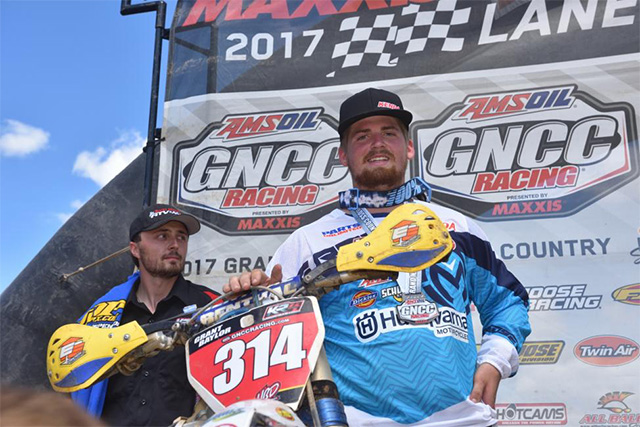 Riders faced hot and humid race conditions, but at the end of the grueling three-hour race Rocky Mountain ATV*MC/KR4/ Husqvarna's Grant Baylor found himself in the middle of the box for the first time in his career.

Once the green flag waved to signify the start of the 1 p.m. Pro race, FMF/KTM Factory Racing's Russell Bobbitt would find himself in the front grabbing the $250 All Balls Racing Holeshot Award. N-Fab/AmPro Yamaha's Ricky Russell wasn't too far behind and moved into the lead on the second turn, but Rockstar Energy/Factory Husqvarna Racing's Thad Duvall lead the way into the woods.

Once they hit the first open field section, Thad continued to lead with Bobbitt in tow and K Russell making a pass for third. Duvall attempted to jump a breaking bump, but ended up off the bike where he lost the lead. By the time the frontrunners reached the hill climb toward the end of the first lap, K Russell had secured the first-place position with Bobbitt and Duvall following. 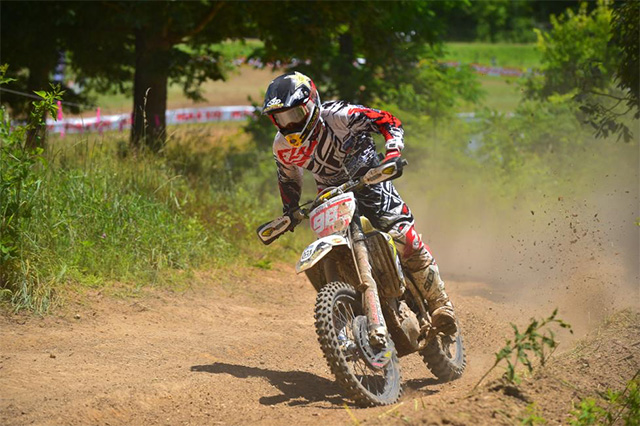 Thad Duvall crossed the line first, but faced a penalty which placed him in second. Credit: Ken Hill
Just a few short miles later, Duvall was on the back wheel of K Russell as they checked through timing and scoring for the first time. Duvall kept the momentum rolling and found himself back in the lead on the second lap. Duvall was challenged by K Russell who kept right on him. The duo had a large gap on R Russell and the group battling for forth. As they entered the motocross track, R Russell held off Coast Racing/Husqvarna's Ryan Sipes.

With two laps complete, Duvall pitted while K Russell elected not to. Thad's pit worked to K Russell's favor where he once again found himself in the lead. With a clear track, K Russell focused on gapping his competition as much as possible knowing that he would have to pit the next lap.

Unfortunately after stretching a little lead, K Russell went down at the bottom of the FMF Power Point. He quickly remounted his bike, but Duvall managed to squeeze by for the lead before he got back on track. Knowing that K Russell had to pit, Duvall chose to pit again and managed to still hold onto the lead as they rubbed plastics exiting Pro Row.

Duvall and K Russell continued to swap positions back-and-forth as Duvall lead the way through the white flag. As fans lined the track watching the action unfold, Duvall bobbled in the same place K Russell went down, but managed to keep it up on two wheels. K Russell came out of the woods in first as they charged through the infamous mulch pile. 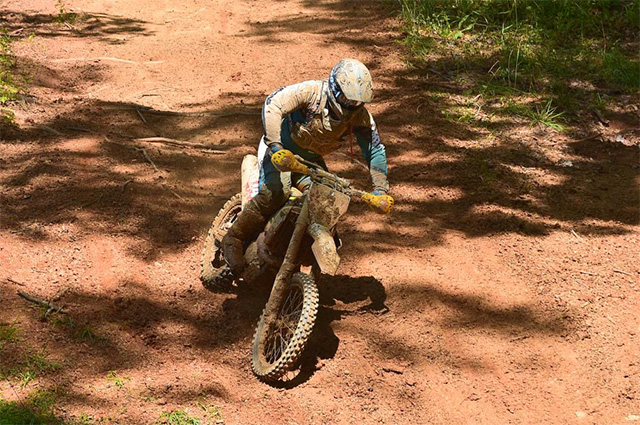 Grant Baylor worked his way from outside the top-10 to the overall victory. Credit: Ken Hill
K Russell faced a mechanical issue in the exclusive Pro only "John Penton" section of the track and he couldn't get his bike started back. Duvall capitalized on K Russell's misfortune and continued pushing forward. working his way from outside the top ten, through the pack of riders, to be in third once K Russell was having difficulties. Baylor passed for second, and K Russell got his bike running shortly after.

With just a few miles left until the finish, Duvall carried his speed until the checkered flag where he finished two and a half minutes ahead of Baylor in second. However, a protest was filed after the race against Duvall and he was docked one position for cutting the track. This decision vaulted Baylor to the top of the charts where he took his first-ever overall victory. Duvall and K Russell filled the overall podium on the adjusted results.

"I haven't even broken into the top five all year, so this is an awesome feeling knowing this is where I should be," said Baylor.

"It's been a bad few weeks, nothing is going right," said K Russell. "I've blown a lot of points and it's a tough pill to swallow. I was making stupid mistakes today. I finally felt like I was riding really well on the last three laps, and then I ran into some mechanical problems on the last lap. I felt good, and I was riding good. It's not a lack of effort -Things just aren't coming together like I'm used to."

"We are going race by race, we aren't worried about the points championship," said Duvall. "I didn't feel like I was the fastest one out there, but I rode my own race. I really found out how good the KTM's and Husqvarna's are today. I dreaded the John Penton section all day, it just didn't really flow for me. I made a huge mistake the first lap when I tried to jump a breaking bump and flew off into the trees. I figured after that it would be a long day." 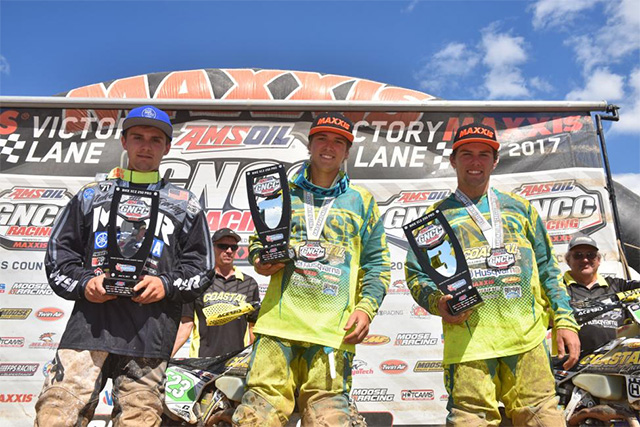 XC2 250 Pro Podium: (2) Josh Toth, (1) Layne Michael, (3) Craig Delong. Credit: Ken Hill
RPM/KTM's Chris Bach had his best finish of the season where he finished just off the podium in fourth, but unfortunately Bach was also docked a position for cutting the same section of the track as Duvall. Sipes was credited with fourth, with Bach in fifth. Bobbitt had one of his best races of the season in sixth. JCR Honda's Trevor Bollinger finished eighth overall, and R Russell placed ninth.

In the XC2 250 Pro division, Harrison Helmick earned the $100 Hot Cams Holeshot Award, but Coastal Racing/Husqvarna's Layne McCormick took the early lead and continued leading until crossing the finish line one minute ahead of N-Fab/AmrPro Yamaha's Josh Toth in second. Michael's teammate, Craig Delong, made the class podium in third. 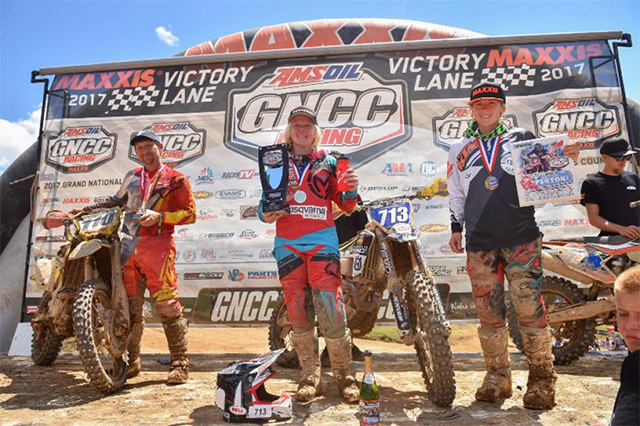 Aussie Tayla Jones once again took out the WMX class ahead of Becca Sheets and McKenzie Tricker
AMSOIL GNCC Racing resumes in the fall, September 9 and 10, with the Parts Unlimited Unadilla GNCC in New Berlin, New York.