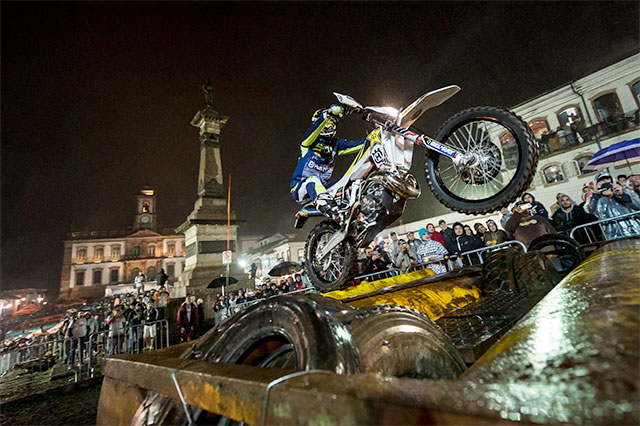 With the four-day event cut short after day two due to environmental concerns beyond the event organisers‰Ûª control, Rockstar Energy Husqvarna Factory Racing‰Ûªs Graham Jarvis has been declared the winner of the 2017 edition of Red Bull Minas Riders having ended day two as the overall leader in Belo Horizonte, Brazil

The Red Bull KTM duo of Cody Webb and Alfredo Gomez rounded out the final podium.

Jarvis entered the second edition of the Brazilian race determined to start things off with a victory. Ending a rain-soaked prologue as runner-up, he then went on the attack when the race entered the mountains for the first off-road day.

Pushing hard throughout the five-hour plus opening day of hard enduro racing, the Husqvarna rider claimed a three-minute margin of victory to establish an early lead. Maintaining his position at the head of the field with second on day one, Jarvis was holding a two-minute buffer over his nearest rival Cody Webb as the race entered its second half.

But with days three and four cancelled, Jarvis unexpectedly found himself as the early winner of the 2017 edition of the Brazilian Hard Enduro Rally.

"It‰Ûªs great to come away with the win here in Brazil but it is a bittersweet victory due to the race being cut short by two days," Jarvis said.

"It was a situation that arose beyond the event organisers‰Ûª control and it‰Ûªs disappointing for them and the sport for this to happen. They do an excellent job and I want to thank them for all their hard work, which often goes unappreciated. The first two days of the race were awesome.

"The conditions were tough, made harder by the weather but trails were fantastic. I was enjoying the fight with Cody too. We rode together quite a lot and I could feel that battle was going to continue right until the chequered flag. We were pushing each other a lot, at times I had an advantage and at other times he did. Day one was probably where I ultimately got the event won.

"I attacked hard from the beginning because last year I lost too much time on the opening day and didn‰Ûªt want to let that happen again. I won the day by three minutes and then was able to maintain that on day two. It‰Ûªs been good to end the second edition of the event in Brazil with a victory and I‰Ûªm now looking forward to bringing that winning momentum to the ErzbergRodeo next month," Jarvis concluded. 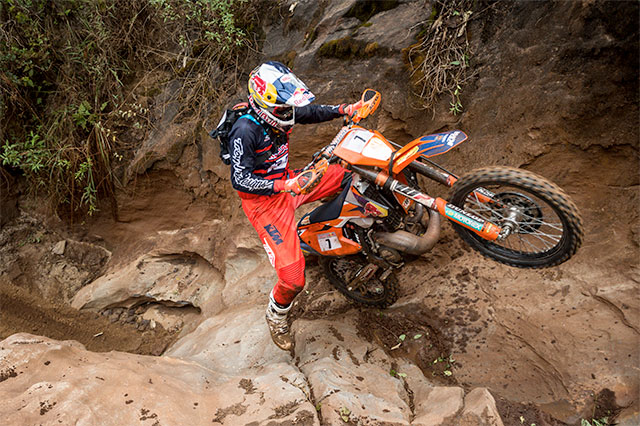 Cody Webb finished second. Credit: Marcelo Maragni
Placing third in the event‰Ûªs rain-soaked prologue aboard his KTM 300 EXC machine, Cody Webb then picked up his pace when the race entered the mountains for off-road day one. Despite it being his first GPS navigated hard enduro rallye, the KTM rider coped impressively to end day one as overall runner-up. 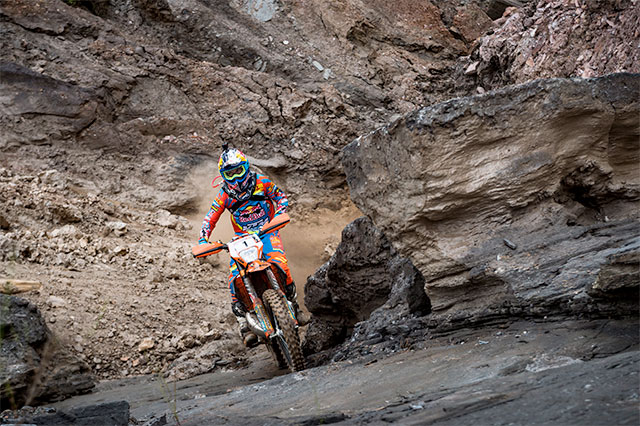 Alfredo Gomez rounded out the podium with third place. Credit: Marcelo Maragni
As the event‰Ûªs defending champion, Gomez started his campaign in winning style by topping the prologue. But a series of crashes and mistakes hampered his progress on day one, dropping him to third. Unable to close the gap to the leading duo on day two, the Spaniard ended his race third overall.

‰ÛÏIt‰Ûªs great to race in Brazil and starting Red Bull Minas Riders off with a win in the prologue was perfect,‰Û