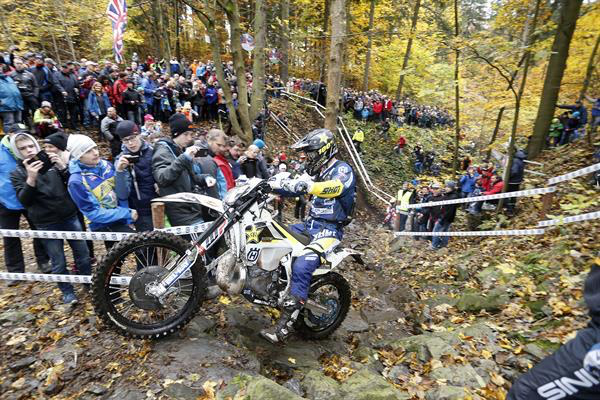 With the GetzenRodeo held every two years, Jarvis entered this year‰Ûªs race having won the previous two editions and was determined to make it a third.

Using the morning‰Ûªs two-hour qualifier to settle into things, Jarvis started inside the top five and steadily worked his way up to third by the race‰Ûªs end, all the while conserving energy for the five-lap main event to come.

With main rivals Alfredo Gomez and Jonny Walker starting first, Jarvis set off determined to close down their 10-second advantage. Rapidly eating up their lead, he caught the duo on the opening lap‰Ûªs final rocky climb. Scaling it quicker, he hit the front and never looked back.

Continuing to build on his lead during the final four laps of the race, he entered the winner‰Ûªs enclosure almost three minutes in front.

‰ÛÏI‰Ûªm delighted with how things have turned out." Jarvis said. "To get my third straight GetzenRodeo win is just incredible.

"With this race only held every second year it‰Ûªs difficult to win. But I really enjoy the conditions here, it‰Ûªs snotty and technical and suits my style. I was third in the qualifier but was trying to save some energy for the main race.

"I started third in the main race and charged hard straight away. I got into the lead before the end of lap one on a long tricky rocky climb and pulled a gap over the other guys. From then on I sort of rode my own race and it came my way.‰Û 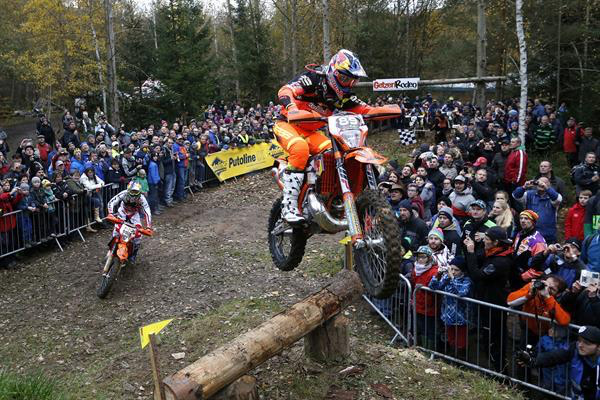 Behind Jarvis the fight was on for the remainder of the podium steps as teammate Jarvis's Husqvarna team-mate Mario Roman also looked to put his TE 300 inside the top three against the Factory Red Bull KTM duo of Alfredo Gomez and Jonny Walker.

In the end it was Gomez who claimed second ahead of Roman in third.

‰ÛÏI‰Ûªm happy with second place today." Gomez stated. "It‰Ûªs been a good race for me. Graham was incredibly strong in the main event. He was the best guy today. Overall I had a strong race. I won the qualifier this morning and I enjoyed that. I knew things would be tougher for the main event and they where. Graham found a better line up a rocky climb and that‰Ûªs where he gapped us. After that, I just tried to maintain my position. I‰Ûªm pleased to be the runner-up.‰Û