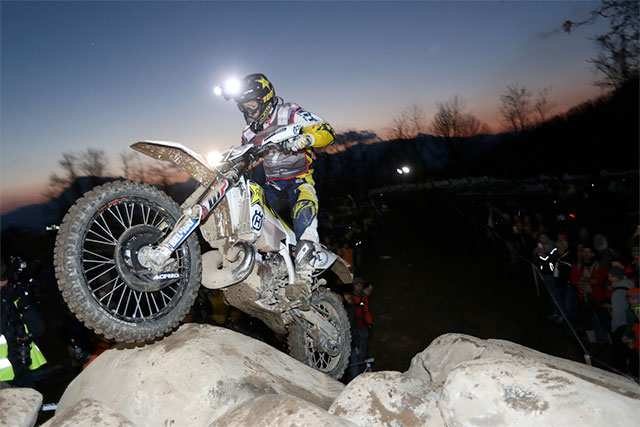 Earning a hard-fought victory at the 2017 edition of the one-day Tuscan race, the recent Ales Trem winner finished more than four minutes ahead of his closest challenger at the end of the three-hour main race. Graham‰Ûªs team-mate Billy Bolt ran as high as fifth in the main event, finishing the race despite an issue with his rear brake.

Putting his name at the top of the results at the end of the morning‰Ûªs qualifying race Jarvis showed that he meant business in Italy. Quick off the start in the main event Graham‰Ûªs time out front was short lived as Wade Young set the early pace. Never far from his South African rival, when Young suffered a small technical issue Jarvis hit the front and never looked back. 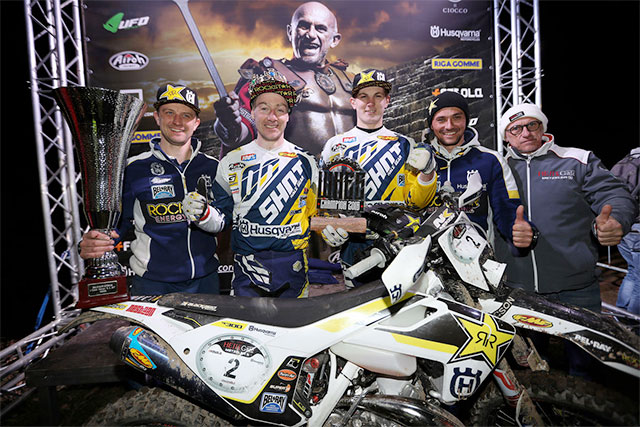 The 2017 Hells Gate podium: Credit: Future7Media
Leading at the two-hour mark from Travis Teasdale, Jarvis steadily extended his lead as darkness fell. Maintaining his impressive pace during the final hour of the race Jarvis earned a well-deserved fifth Hell‰Ûªs Gate victory, topping the podium ahead of Teasdale and Young.

"It‰Ûªs been a great event for me," Jarvis enthused. "Winning the morning qualifying race was a bit of a surprise. I just made sure I didn't make any mistakes and that was good enough to get the win.

"In the main race I got a good start but dropped behind Wade Young, who was running a really strong pace. He had some kind of a problem then, which allowed me to get ahead. I just kept a steady pace going then and things worked out great. There was a lot more man-made sections this year, which isn't really my things. But to get a fifth Hell‰Ûªs Gate win is great.‰Û