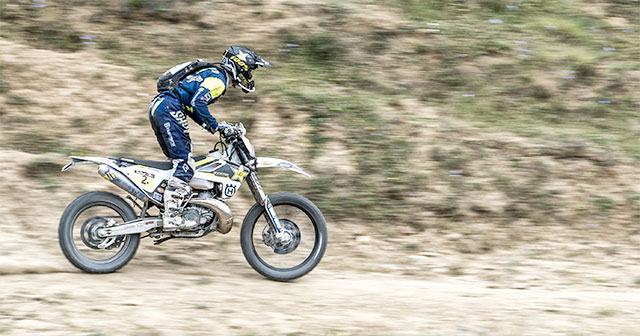 Graham Jarvis confirmed his good form at Red Bull Romaniacs, winning the third offroad day in the Sibiu woods and maintaining his overall lead despite rain showers and wet grass.

After a tough second offroad day, only 50% of the riders were on the start line on Friday morning. Rain and thunderstorms kicked in after three days of scorching sun and dusty trails, offering the Red Bull Romaniacs riders a better grip and cooler temperatures.

The weather stayed cool during the day, with only a few local rain showers and some fog at the top. The grip however went from hero to zero as soon as grass became involved. The wet grass on some of the hills might have been one of the biggest scare factors of the day for all competitors. Weather conditions worsened later in the day, creating mayhem.

Thursday‰Ûªs winner and current overall lead Graham Jarvis (GBR) was first to take off before being chased by the runners-up. By the time he reached ‰ÛÏ10A‰Û