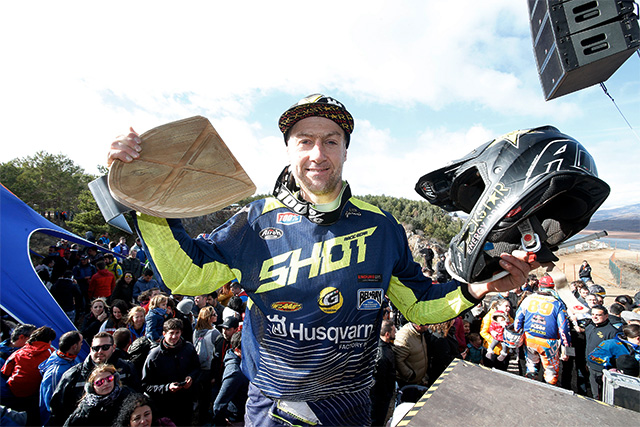 For the second edition of the Hixpania Hard Enduro, the racing was staged over three days. Friday saw competitors battle it out on a SuperEnduro-styled course in the town square of Aguilar de Campoo. Saturday delivered a 48-kilometre enduro loop around the nearby lake to be ridden three times.

Sunday‰Ûªs main event was a short 15-minute extreme loop, raced over a two-hour 30-minute duration. With points allocated per race, an overall classification of the three days determined this year‰Ûªs Hixpania champion. 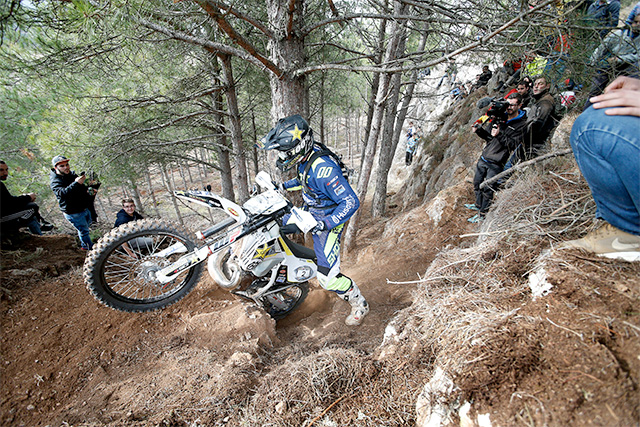 Graham Jarvis. Photo: Future7Media
Getting his event off to a slow start, Jarvis placed an unusual seventh in the Friday prologue. Picking up things to end up fourth on Saturday, Graham knew only victory on the third and final day would help his chances of winning this year‰Ûªs Hixpania Hard Enduro.

Last away in the Le Mans style start, he steadily began to pick riders off as the race progressed. By mid-distance he had climbed up to fourth and was beginning to find his pace. With two laps to go, Jarvis launched his attack for victory and managed to break away. With an impossible climb delivering the final sting in the tail for the race, he was the first to reach the top after KTM's Jonny Walker, who lead at that stage, had a spectacular loop out. Walker was able to re-mount but was fourth across the line. This tied him on points with Jarvis, but his position on the final day would relegate Walker to second overall and give Jarvis victory.

"I honestly wasn‰Ûªt expecting to win this one today," a bemused Jarvis said. "Coming into the final race, Sunday‰Ûªs extreme race, I was about fourth overall in the points classification and so thought the overall win was out of reach. My plan was to just fight for the win in this race and see what happened.

"I was actually the last rider to reach my bike at the start and so was last away. I picked off a few riders quickly enough and to be honest it helped not leading. I could read the tracks the guys had made and managed to avoid some of their mistakes with line choices. The top four riders bunched up at about the halfway point and then with about two laps to go I got into the lead and pushed on.

"The final hill-climb was pretty much impossible. But luckily I got there first and was roped up. I just had to watch and see what would unfold next. Jonny Walker had a crash and dropped to fourth. We tied on points but my win was enough for victory. I‰Ûªm really happy with that because Hixpania was one of the few hard enduro races I‰Ûªd yet to win.‰Û 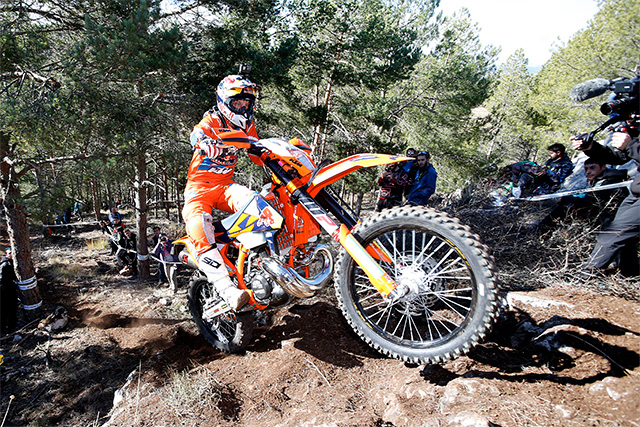 Jonny Walker looked to have the win until a loop-out on the final climb. Credit: Future7Media
Runner-up Jonny Walker was obviously disappointed with losing the win on the final hill but happy with his speed.

‰ÛÏThe track was great on Sunday, I enjoyed it and was really happy with my speed," Walker said. "I made one mistake that caused me to drop back behind Graham, but after that I was able to really push on. I reached the final hill in third behind Billy, but managed to loop the bike out nearing the top and I had to have another go. I finished tied with Graham on points, but his win on the final day gave him the overall victory. I‰Ûªm disappointed not to have won, but I have to be happy with how I rode. At the end it just came down to the final hill and I lost out.‰Û 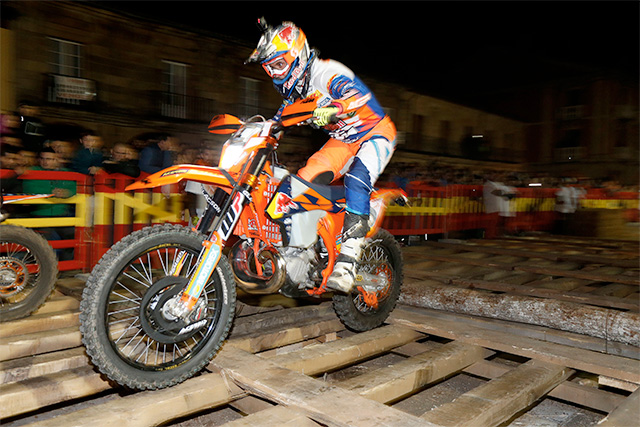 "I‰Ûªve really enjoyed myself, the racing was so close throughout the whole event," Gomez said. "The final day was not too difficult so the top guys were all on the same pace. I rode well but my I have some issues with my rear mousse halfway through the day and it made it difficult to push. We all arrived at the last hill within a couple of minutes of each other, which is great for the fans, but it means the race was decided within the final 100-metres. It would have been nice to take the win again, but I‰Ûªm happy to be able to step on the podium.‰Û