Graham Jarvis gets season off to a winning start in France 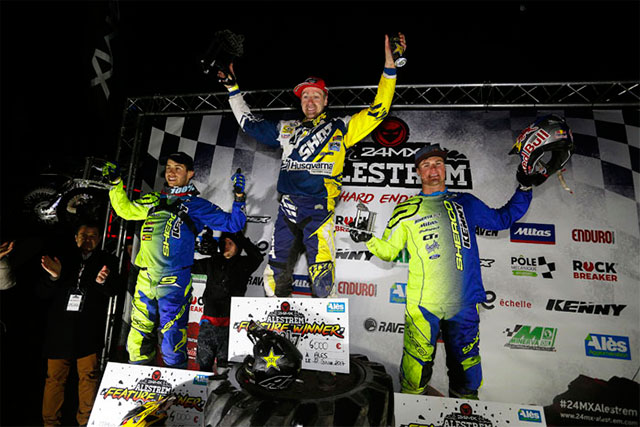 Graham Jarvis has claimed victory at the 2017 edition of the Ales Trem Extreme Enduro ‰ÛÒ his first ever win at the event held in Ales in the south of France.

Finishing on top of the podium at the end of a brutal seven-hour main race Jarvis placed ahead of Spaniard Mario Roman and South African Wade Young.

As he has done so many times before Jarvis was in no rush to establish himself as the rider to beat, completing the first of three laps together with team-mate Billy Bolt, Jonny Walker, Alfredo Gomez, Mario Roman, Wade Young and Pierre Pallut. With two hours of racing under his belt Jarvis then battled against Walker, Roman and Young as event organisers increased the intensity levels.

Lap three started with rapidly fading light and Jarvis initially giving chase to Walker. But with Walker taking a wrong turn Jarvis was then joined by Roman. Working their way towards the finish Jarvis seized his chance to secure the win under the cover of darkness. Capitalising on a mistake by Roman, Graham put his experience to good use and in sneaking ahead he went on to secure a well-deserved win. 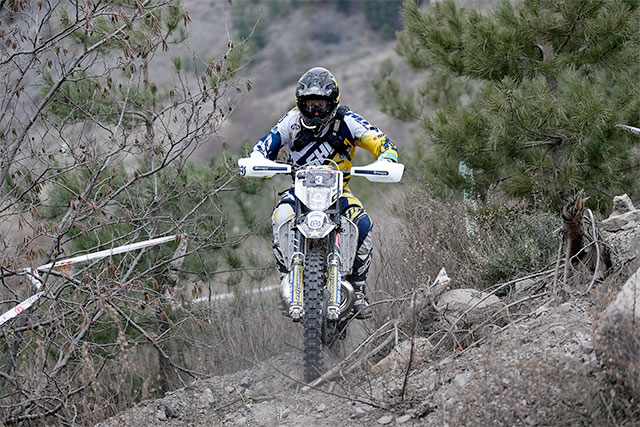 Graham Jarvis got season off to a winning start in France
"That was such a tough race," Jarvis said. "It‰Ûªs great to finally pick up a win here at Ales Trem, but that has to be one of the hardest days of racing I‰Ûªve done for a long, long time.

"The first two laps were long and demanding but it was the extreme stuff that they put in on the third lap that was the deal breaker. There were two or three places where we had to get off and push. At one point I wasn‰Ûªt sure if we were going to get to the finish. Thankfully, we made it. It was very close at the finish. Mario rode really well and it could have gone either way. Riding in the dark wasn‰Ûªt expected, and certainly made things interesting. It was tough, but awesome to win.‰Û 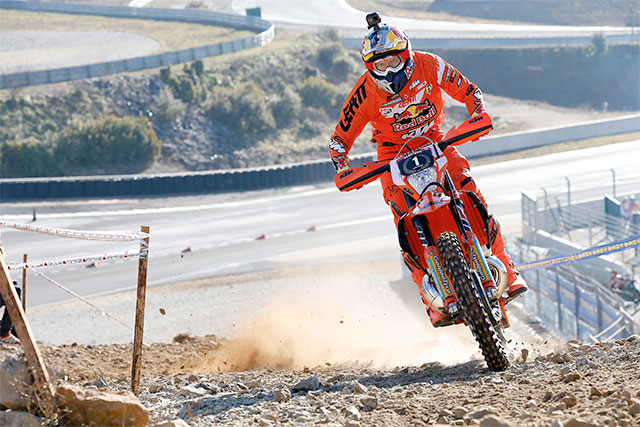 Jonny Walker and KTM 300 where looking good until a wrong turn spelt disaster. Credit: Future7Media
Assuming the three-lap main race would be challenging no riders were expecting things to get as difficult, or dark, as they did. ‰ÛÏI guess this year‰Ûªs AlÌ¬s TrÌ»m was a bit of a wild one,‰Û