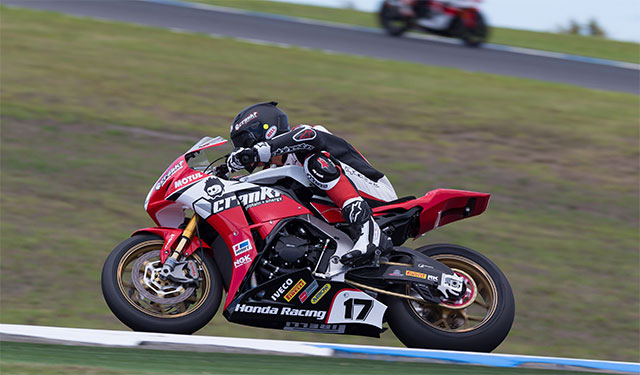 There is no doubt that the first round of the Yamaha Motor Finance Australian Superbike Championship presented by Motul Pirelli set the scene for 2016, and with round two now just around the corner, Goulburn local Troy Herfoss is ready to race on home turf.

In preparation for the upcoming round at Wakefield Park Raceway being held over the Easter long weekend, bikes were out on track again last week at the technical Wakefield Park circuit ‰ÛÒ teams testing their speeds prior to heading back to the track for round two, in just under two week‰Ûªs time.

With the countdown on, Crankt Protein Honda Racing‰Ûªs Herfoss shared that he is hungry for a home round win, and laid down some valuable rubber ahead of round two, at his local track during testing last week

‰ÛÏDefinitely having the home track advantage and having my friends and family here supporting me will be great, as it‰Ûªs the local tack for me. I seem to know every bump around Wakefield and also I enjoy the track which helps a lot,‰Û