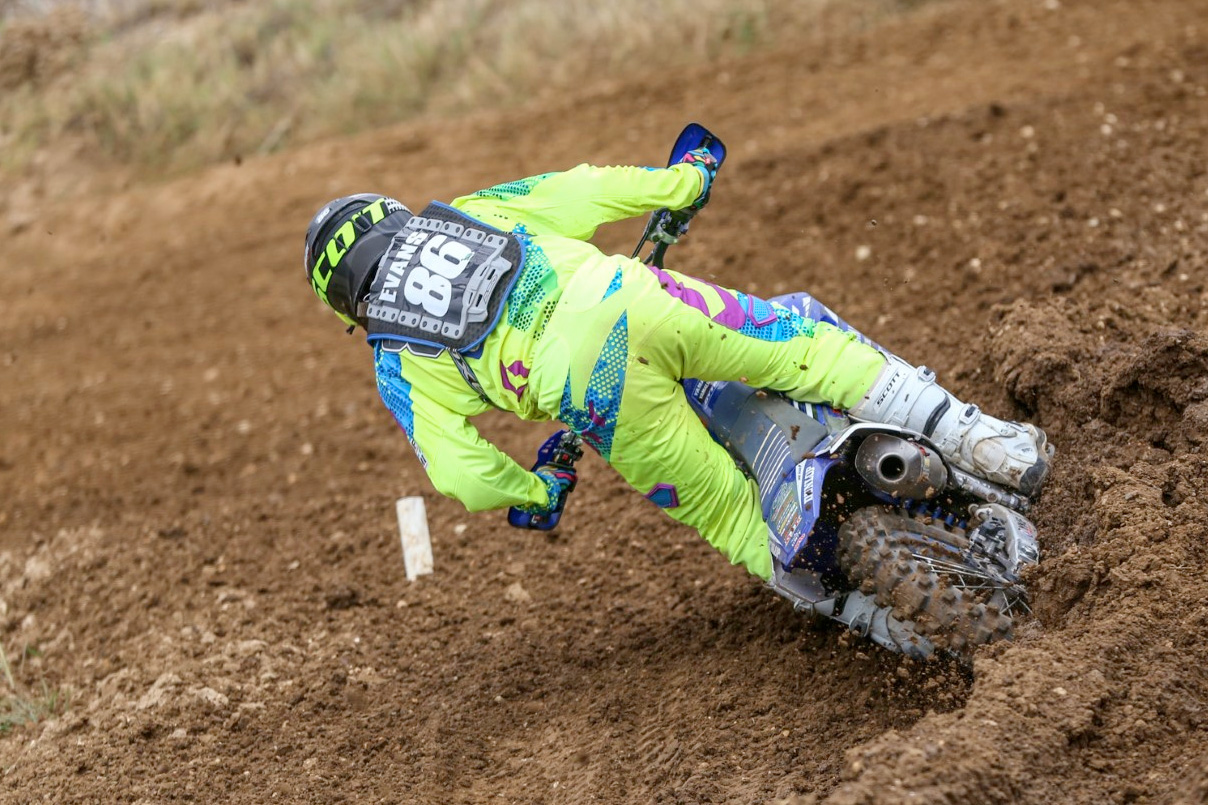 Richie Evans finished the day in equal fourth place, fifth on countback after posting 4-6 results. Photo: MXN Images
It was an encouraging start for the Yamalube Yamaha Racing Team as riders Richie Evans and Jay Wilson contested the opening round of the Pirelli MX Nationals.

Both riders showed plenty of speed, fitness and determination as they landed inside the top 10, with Evans in fifth and Wilson in eighth, in a challenging days racing. The Newry circuit presented gave competitors plenty to think about and provided some close racing action all weekend. In MX2 qualifying, the top 10 competitors were separated by less than two seconds and the pace was on if you wanted to be up the front.

Richie Evans came into round one after showing promising speed at local events in Queensland. He had made some big changes in his life, moving down to the Brisbane region to be closer to the team and be able to ride with faster riders and his hard work paid some dividends on the weekend.

Evans finished the day in equal fourth place, fifth on countback after posting 4-6 results. Moto one saw Evans move into the top five early and continue to keep the pressure on the lead group for the entire 30 minutes. In the closing stages of the moto, Evans mounted a challenge for third place but was unable to make it stick.

The second moto proved Evans to be a mature and consistent competitor as he took a top 10 start and moved his way forward. With the track surface falling apart, Evans didn‰Ûªt take any huge risks but climbed his way to sixth place and finish the day in good shape and looking forward to round two.

‰ÛÏToday my goal was to put together two good motos and finish around the top five for the day so it feels good to achieve that,‰Û 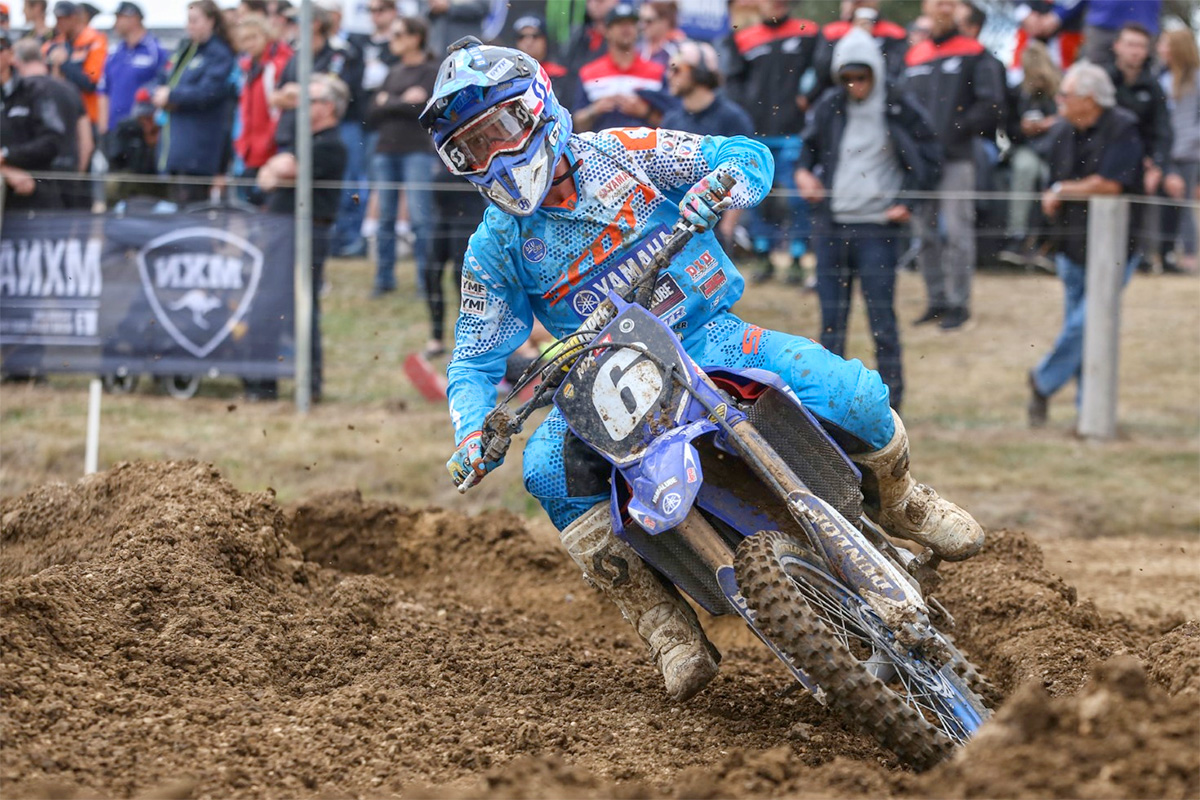 Although on paper Jay Wilson said eighth didn't look as good as he hoped but he was happy with his riding and lap times. Photo: MXN Images
Jay Wilson also rode well, only a small mistake in both races cost him a much better finish. Wilson landed in eighth for the day with 6-10 results but still takes confidence from the round as his speed proved he will be a contender at the rounds to come.

‰ÛÏOn paper eighth isn‰Ûªt great but I feel like I‰Ûªm riding well and my lap times were pretty good in both motos. In race one, I got a terrible start as I missed a shift off the gate and the field just swamped me. I think I was something like 20th on the first lap and I had a lot of time to make up so getting to sixth was a good result.

‰ÛÏRace two and I was in the top five when I crashed out the back there. Then I over balanced when I got up and lost a little more time so all things considered, the result wasn‰Ûªt too bad.

‰ÛÏI have confidence in that I can clean up both of those issues and be better at round two in a couple of weeks‰Ûª time,‰Û