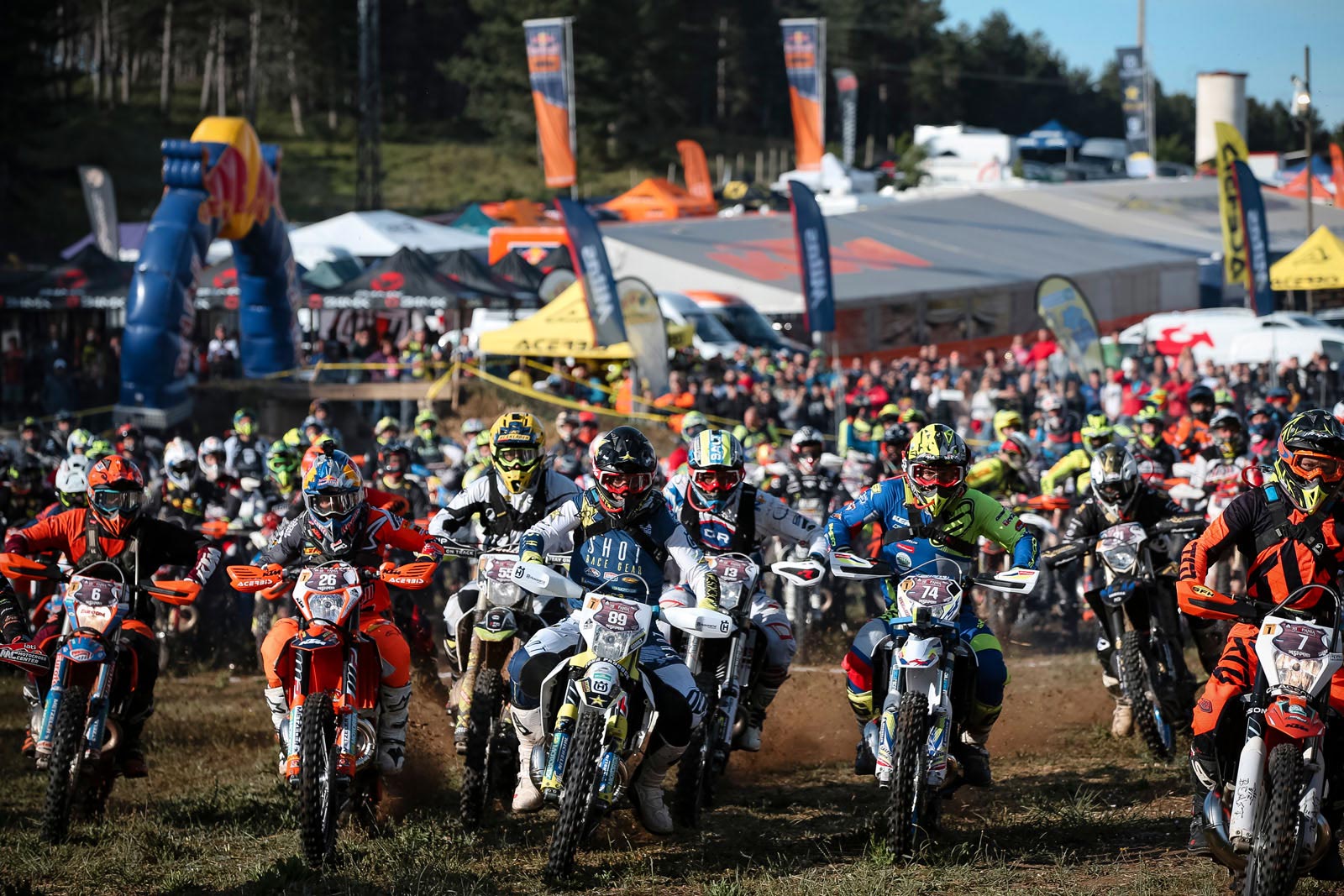 There was plenty of action right from the word go . Photo: Future7Media
Spaniard Alfredo Gomez has extended his lead at Spain‰Ûªs Hixpania Hard Enduro, round four of the World Enduro Super Series, following victory on day two in the Campoo X-Treme.

Putting in a strong and commanding ride on the second day of racing at Hixpania Hard Enduro, the Rockstar Energy Husqvarna Factory Racing rider once again triumphed in front of his home crowd to claim victory in the three-lap Cross-Country. In what proved to be an excellent day for Husqvarna, Gomez was followed home by his teammates Graham Jarvis and Billy Bolt in second and third respectively.

Building on Friday‰Ûªs SuperEncierro Prologue, day two at the Hixpania Hard Enduro saw the 350 competitors compete in a challenging Cross-Country race. A tough 50-kilometre loop marked out around the town‰Ûªs nearby lake, it saw the pro riders in the Knight category complete three energy-sapping laps.

With a mass start at precisely 9.05am, it was Josep Garcia who grabbed the holeshot. But with a wealth of riders chasing him down, the battle for victory was most definitely on. 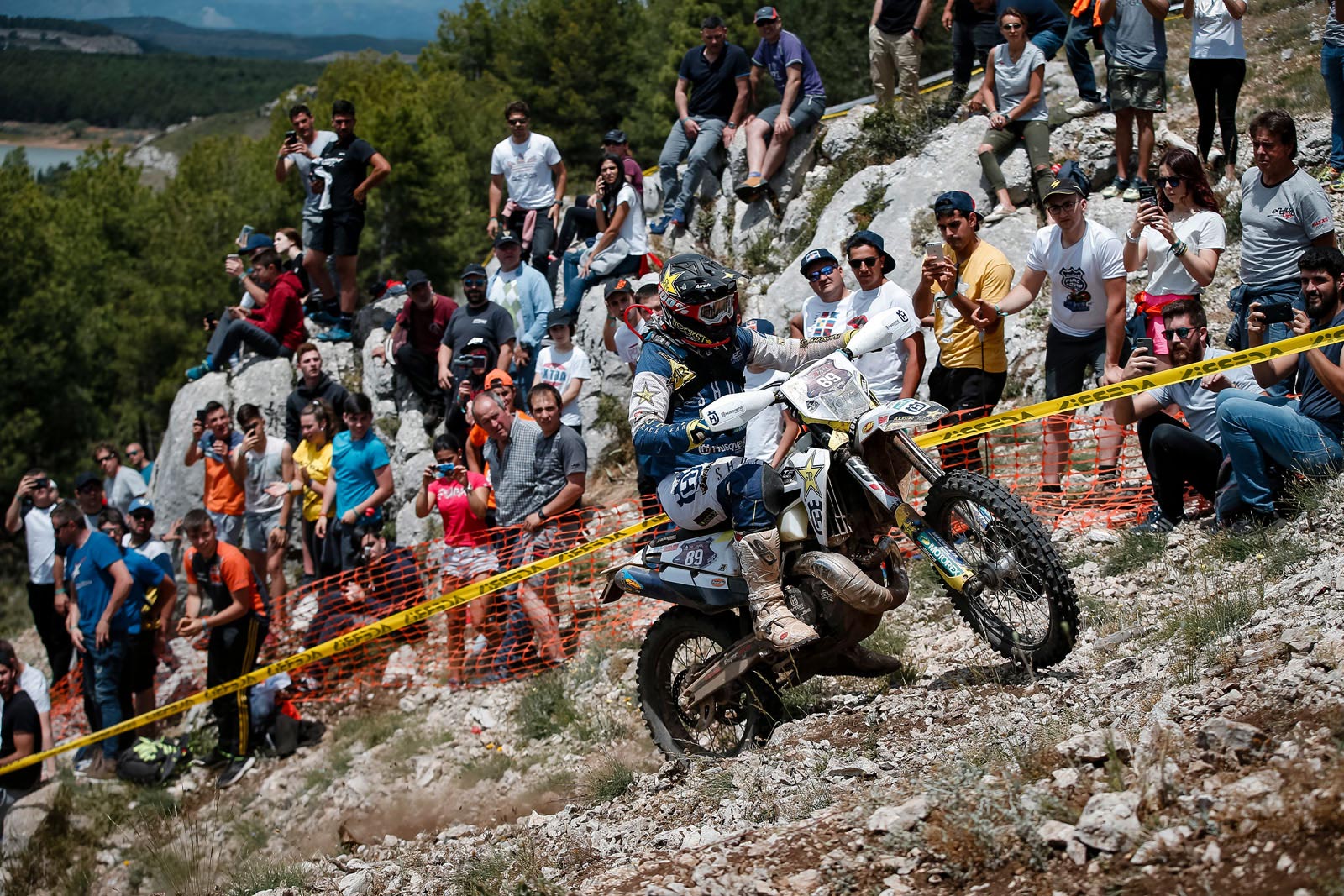 Alfredo Gomez inches closer to his debut victory in WESS. Photo: Future7Media
All eager to establish control, Jarvis took over the race lead halfway around lap one, joined by Gomez, Bolt, Manuel Lettenbichler, Jonny Walker, with Garcia in touch. On lap two it was clear the Husqvarna trio were on top form as they pulled away from the chasing pack.

Taking over the race lead early on lap two, Gomez worked hard to break away from Jarvis. Finding a little more pace, the Spaniard charged on to remain unbeaten so far in this year‰Ûªs Hixpania Hard Enduro and take a six-point lead into Sunday‰Ûªs final day of racing.

‰ÛÏI had a really good day today," Gomez said. "Before the race I expected this to be more of a standard Cross-Country, but there were lots of crazy sections on the track. I got out into the lead at the beginning and I felt really good, so I was able to push. When we reached the extreme sections I struggled a little but it still felt good to be able to take the battle to the more experienced Hard Enduro guys. I was running seventh but had a big crash on the last lap and Taddy was able to pass me. My pace on the extreme stuff is getting better but the top guys still have those trials skills that give them an advantage.‰Û 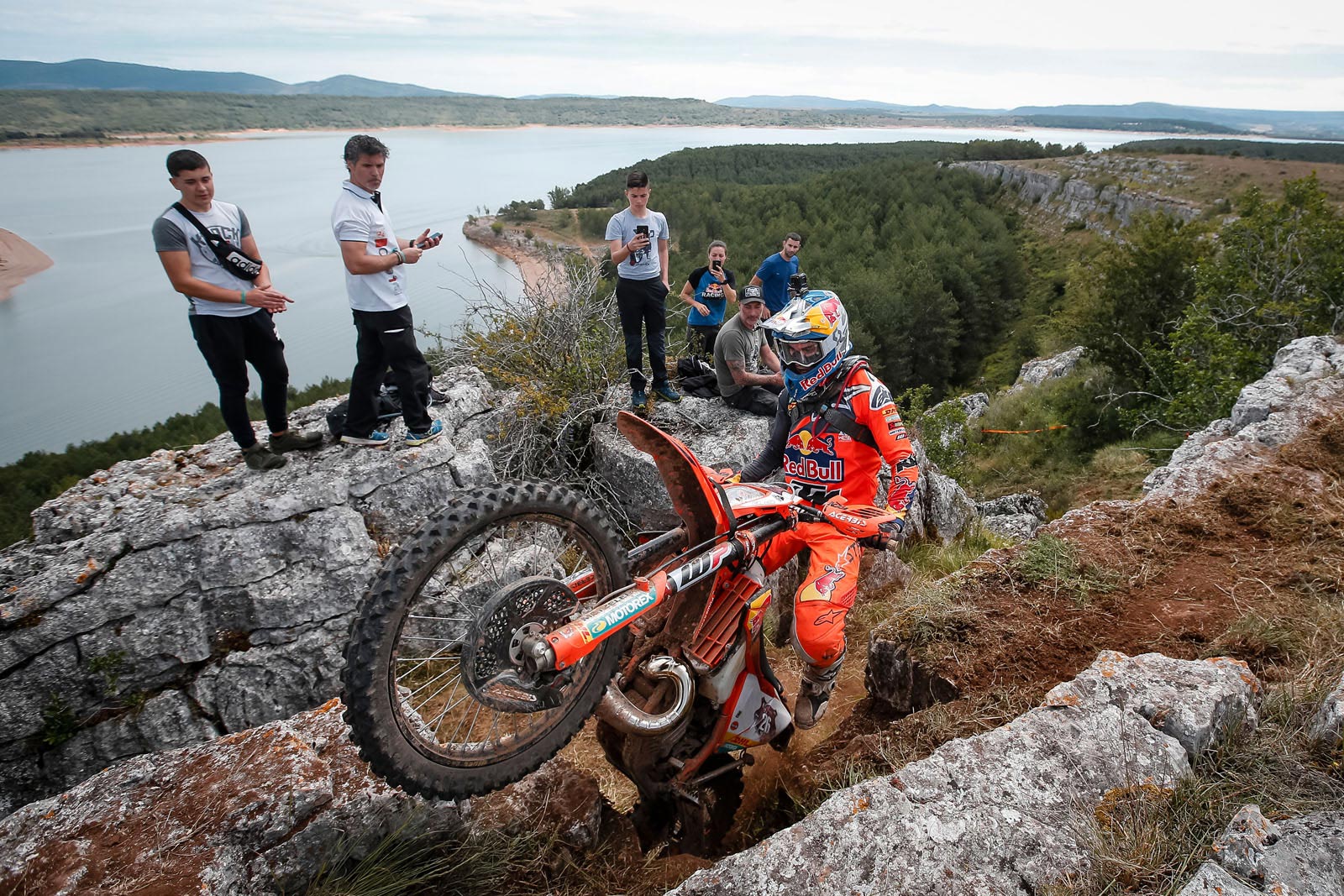 Josep Garcia delivered one of the day‰Ûªs standout performances. Photo: Future7Media
Giving Gomez a good run, round three winner Jarvis just didn‰Ûªt have an answer for his teammate in the closing stages and had to settle for the runner-up result - finishing 26 seconds behind after almost five-hours of racing.

Coming in just two minutes behind Jarvis, Bolt showed he‰Ûªs returning to top form following a slow start to the season. In contention for a top-three result, the defending champion will leave nothing on the line during Sunday as he chases his first podium of 2019.

Unable to match the pace set by the top three during the latter stages of the race, 2018 Hixpania Hard Enduro winner Mario Roman ended his race in fourth. Sitting four points behind Jarvis in the provisional standings, a visit to the podium is not out of reach if he puts in a strong ride tomorrow.

Admitting to making a couple of mistakes early on, Lettenbichler began to find his speed after lap one and fought his way back to fifth ahead of Jonny Walker and Taddy Blazusiak.

Round four of WESS at the Hixpania Hard Enduro concludes with Sunday‰Ûªs MITAS El Camino Perdido. 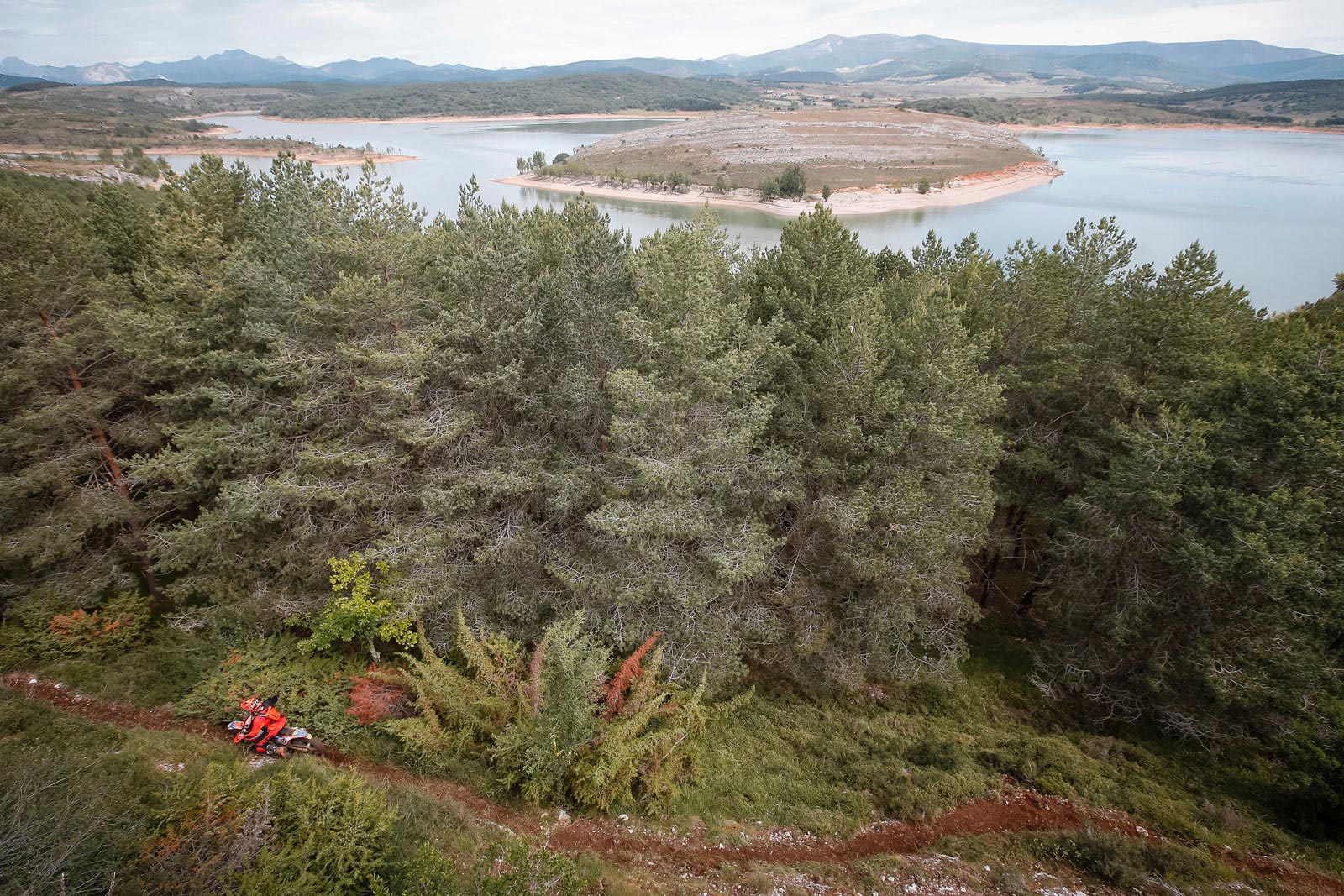