Glenn Scott has eyes on Privateer Championship despite setbacks 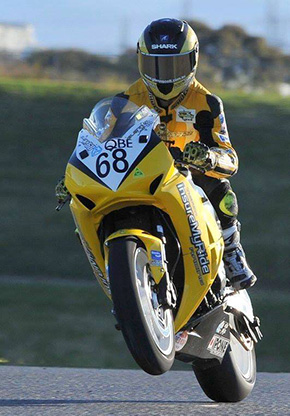 Glenn Scott
Team InsureMyRide Racing‰Ûªs Glenn Scott is in the hunt to secure the privateer title in the Australian Superbike Championship this weekend at Victoria‰Ûªs Phillip Island Grand Prix Circuit, though the team haven‰Ûªt been short of setbacks on track and off in the break since the last round in Darwin.

With two engine failures in the top end, the team appeared out of the running for the Championship, though the generosity from Prostock rider, Dustin Goldsmith helped Glenn secure some points in the final race. Since the event, a large scale effort from the team and external factory support has assisted Scott in making the grid this weekend.

‰ÛÏWe struck a fair amount of bad luck in Darwin but everyone has their bad rounds in a season, we gave it everything we had as a team and we most certainly didn't leave disappointed with our efforts. It's been an insane two weeks trying to repair both bikes to be ready for the last round. We are still under the pump finishing them off but I have to thank my mechanic Adam Nolan for working hard to get one bike up and running.‰Û