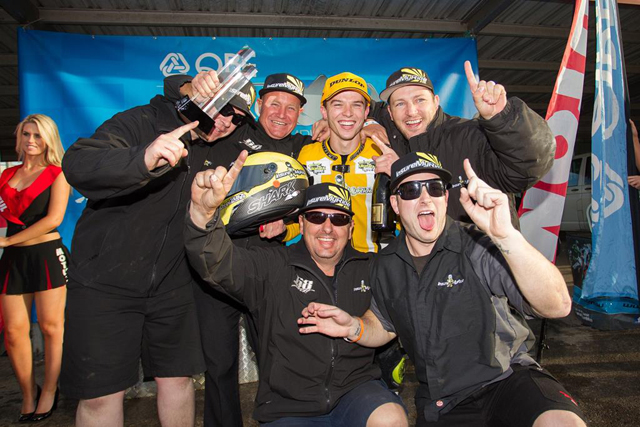 Team InsureMyRide Racing‰Ûªs Glenn Scott has successfully claimed the privateer title for the 2013 Australian Superbike Championship at the final round at Phillip Island, despite a string of setbacks across the weekend, Scott fought through to take the series win by just nine points.

After qualifying 13th, the Central Coast rider was forced to work his way through the field at the start of the first race, engine issues struck Glenn which hampered his run in the session, though the determined young gun was focussed on securing a top result with the Championship crown in sight.

‰ÛÏUnfortunately in qualifying we were fighting an engine breaking problem and gearing problem which forced me to make a mistake and select a false neutral in turn five which eventuated into a small crash, we regathered our thoughts and put together a good plan for Superpole.‰Û