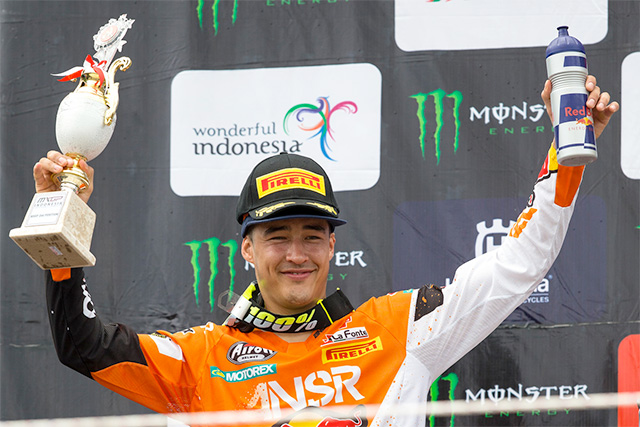 Red Bull KTM Factory Racing have confirmed that their current rider roster will remain the same for the 2018 FIM Motocross World Championship after Glenn Coldenhoff signed a contract to compete alongside Tony Cairoli in MXGP next year and on the KTM 450 SX-F.

The 26-year-old Dutchman has already graced the podium of the premier class this term as the squad holds a hefty 91 point lead with Tony Cairoli in control at the top of the MXGP points table and third teammate, Jeffrey Herlings, lies in fourth place, just 5 points from a KTM 1-2.

Coldenhoff has offered solid feedback on the development of the 450 SX-F (all official KTM riders have earned silverware with the motorcycle in 2017) and his working relationship with the entire team has been an important factor in the general high level and performance of the crew in what is arguably the most competitive field seen in MXGP.

‰ÛÏI‰Ûªm really happy I have the opportunity to stay with KTM for another year,‰Û 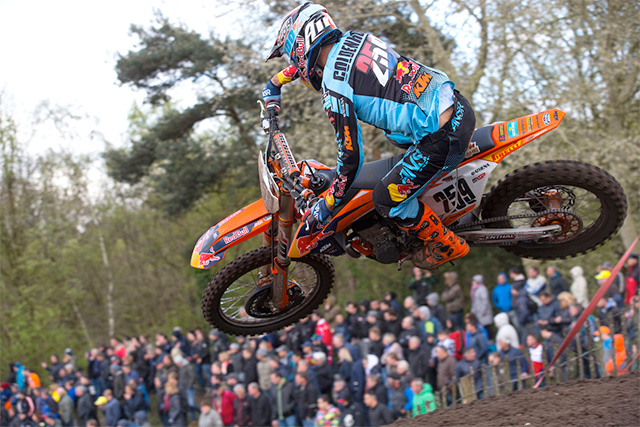 Glenn Coldenhoff re-signs with Red Bull KTM Factory Racing. Credit: Ray Archer
‰ÛÏWe are pleased to continue with Glenn. We have had two positive years with him and have always worked with enthusiasm and great will to improve,‰Û 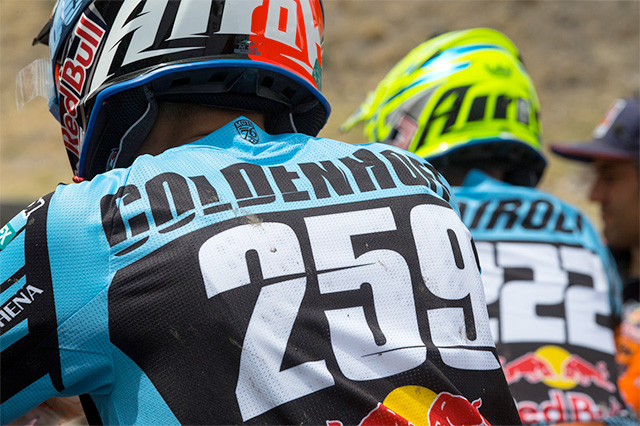 Glenn Coldenhoff will be back with team-mate Tony Cairoli in 2018 on the powerful Red Bull KTM Factory Racing. Credit: Ray Archer