Glenn Allerton ready for redemption at ASBK round 3 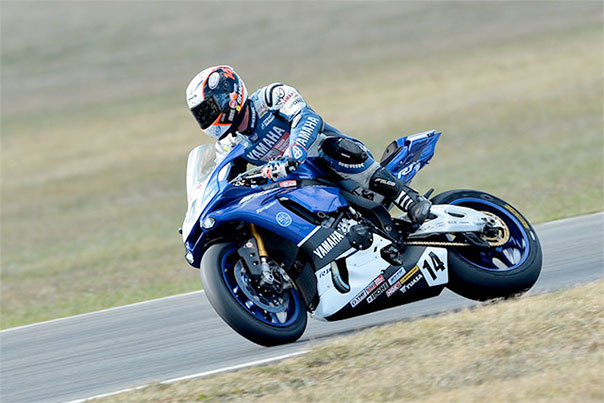 There is no denying that at round one of the Yamaha Motor Finance Australian Superbike Championship presented by Motul Pirelli at Phillip Island that no one was able to catch the lightening fast Yamaha rider Glenn Allerton.

Round 2 at Wakefield Park was a different story though with the Yamaha Racing Team rider leaving the Goulburn circuit with some wounded pride after crashing out of the opening race.

"Round two obviously didn‰Ûªt go as planned, I came off in that one particular corner that I had crashed at in testing prior to round two. After the crash I had to get on the spare bike, so to get third in the second race is still good the way I see it," Allerton said.

"We just have to put it down to ‰Û÷that‰Ûªs racing‰Ûª. To come away from Wakefield Park still only two points off the championship lead is still a good result. There is such a strong field in the Superbike class this year, and round two really put it in to perspective how important it is to finish races and keep scoring championship points. At Round 3 I am still going to go out there and try and win as many races as I can," he continued.

Allerton has been busy testing in between rounds and is now fully focused on weekends third round.

"Being able to test before the round, I feel like we have achieved a lot," Allerton continued. "I was able to work with the bike and was able to find something. We were also able to work on areas of the track where previously I struggled and managed to pick up times. I am excited about getting on the bike again, I love riding the Yamaha, so it‰Ûªs going to be great to be able to race in front of my friends and family at my home round, and to be in a race situation again, which is where I do my best work.

Round 3 of the 2016 Yamaha Motor Finance Australian Superbike Championship presented by Motul Pirelli, will be held this weekend April 16-17 at Sydney Motorsport Park.