Gibbs, Clout and Mastin To Form KTM Australia’s MX/SX Line Up For 2018 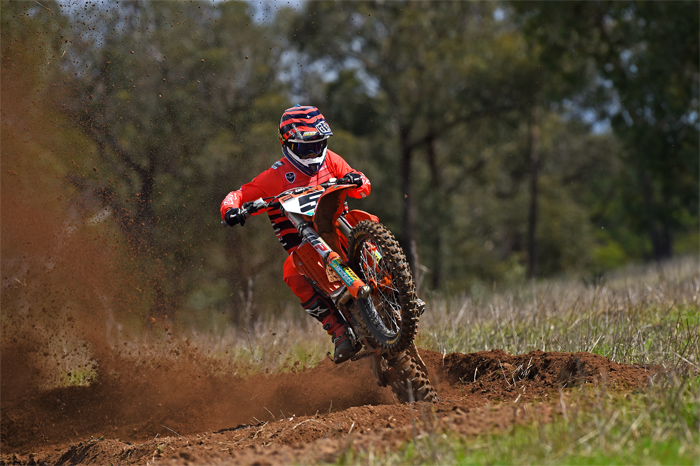 The trio will form KTM Australia‰Ûªs factory motocross roster for next season, with Gibbs and Clout to campaign the KTM 450 SX-F in the MX1 division of the MX Nationals, while Mastin will defend his title aboard a KTM 250 SX-F in the team‰Ûªs official return to MX2.

Gibbs, 28, will enter his sixth-straight year with the KTM Motocross Racing Team after finishing runner-up in the 2017 standings, also performing strongly for sixth overall as part of Team Australia at the recent Motocross of Nations (MXoN) in Great Britain.

"It‰Ûªs really good to re-sign with KTM and I‰Ûªm happy with the line-up that we have for 2018." Gibbs whos 2018 campaign is due to kick off in New Zealand at the Woodville Grand Prix in Palmerston North on Saturday 27th & Sunday 28th January, before contesting the New Zealand Motocross Championship.

"I think it‰Ûªs good to bring some younger, fresh blood into the team and it‰Ûªs obviously very good for me to be back at the KTM Motocross Racing Team for a sixth season. It doesn‰Ûªt feel stale for me at all, it all feels really fresh and I think that collectively we will improve further for next season.

"I‰Ûªm really looking forward to it kicking off 2018 when we start things in New Zealand and then following that I think we will have a really good shot at regaining the MX1 title here.

"After MXoN I kept riding all the way up until I had a rod taken out of my leg about three weeks ago, so it‰Ûªs been good to recharge, but I‰Ûªm back training now and I can‰Ûªt wait to get back into it. To be back to 100 percent health after coming off the couch in recent years is positive for me, it had been really tough to contend for a title in that situation. Next year it will be a lot better lead-in and I feel that we are taking the right steps again with the KTM 450 SX-F.

"There‰Ûªs a lot of loyalty between KTM and I, so I appreciate that - I‰Ûªve really enjoyed being part of the manufacturer for that long." 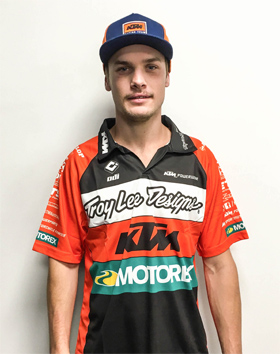 "It was a goal of mine to get into the KTM Motocross Racing Team, the structure of the team and being close to my house really fits." Clout commented. "To get this opportunity has been really, really good for me. I couldn‰Ûªt be happier and more thankful to work with Jay and the entire team, everybody knows how strong the team is as a factory program - I think it will be another piece of the puzzle that will enable me to go out there and do good things on-track.

"I‰Ûªve ridden the KTM 450 SX-F once so far after some time off, I felt really good on it and I‰Ûªm just excited to move forward from this point and keep working together. This year was solid as a rookie on the 450 and I learnt a lot, so going into my second year with a great team and the people I have behind me, I‰Ûªm confident next year is definitely going to be a good one. I‰Ûªm excited to go racing!"

At 19 years of age, Mastin was previously announced to be transferring into the MX1 ranks, however it has since been decided for the teenager to wear the number one plate in MX2 as he challenges for back-to-back motocross crowns. He‰Ûªs also due to return for another season in SX2 later in the year.

"We decided that it would be good to stay another year in the 250 class to defend the title." Mastin explained. "There‰Ûªs no rush for me to go to the 450, so we thought it would be positive to develop further and get better all-round, in both motocross and supercross.

"I‰Ûªm really looking forward to defending the MX2 championship as part of the factory team and also on the KTM 250 SX-F. I have an awesome team around me and I am in such a good environment, with the best equipment. It‰Ûªs exciting to be on the four-stroke outdoors for next year and I think it will be even better for me considering the tracks that we are racing on, so there‰Ûªs a lot to look forward to for us as a team heading into 2018." 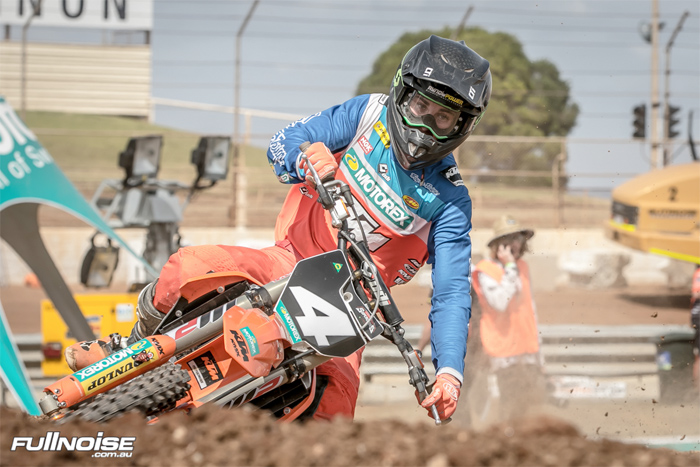 At 19 years of age, Mastin was previously announced to be transferring into the MX1 ranks, however it has since been decided for the teenager to wear the number one plate in MX2
All champions in their own right and under the guidance of KTM Motocross Racing Team manager Jay Marmont - himself a multiple-time motocross and supercross championship winner - who will enter his second term as a leading part of the factory organisation in Australia.

"I‰Ûªm really excited with the team that we have for next year." Marmont enthused. "First of all, re-signing Kirk is great for us and we‰Ûªve got a really good bond with each-other, so I feel that he is going to perform really well once again and challenge for the title.

"Alongside him, we‰Ûªve signed the top rookie in Luke, he's at an age where he is ready to take his riding to the next level. He‰Ûªs absorbing all of the information we‰Ûªre providing and is looking for that factory team structure behind him, so to have him is extremely good for us as a team.

"On top of that, we will keep the defending champion Egan in MX2, work to develop him further and really build upon the experience he‰Ûªs gained so far in motocross and supercross. We‰Ûªre really happy to have these three riders on-board and we are confident of getting good results that will hopefully lead to more championships in 2018."