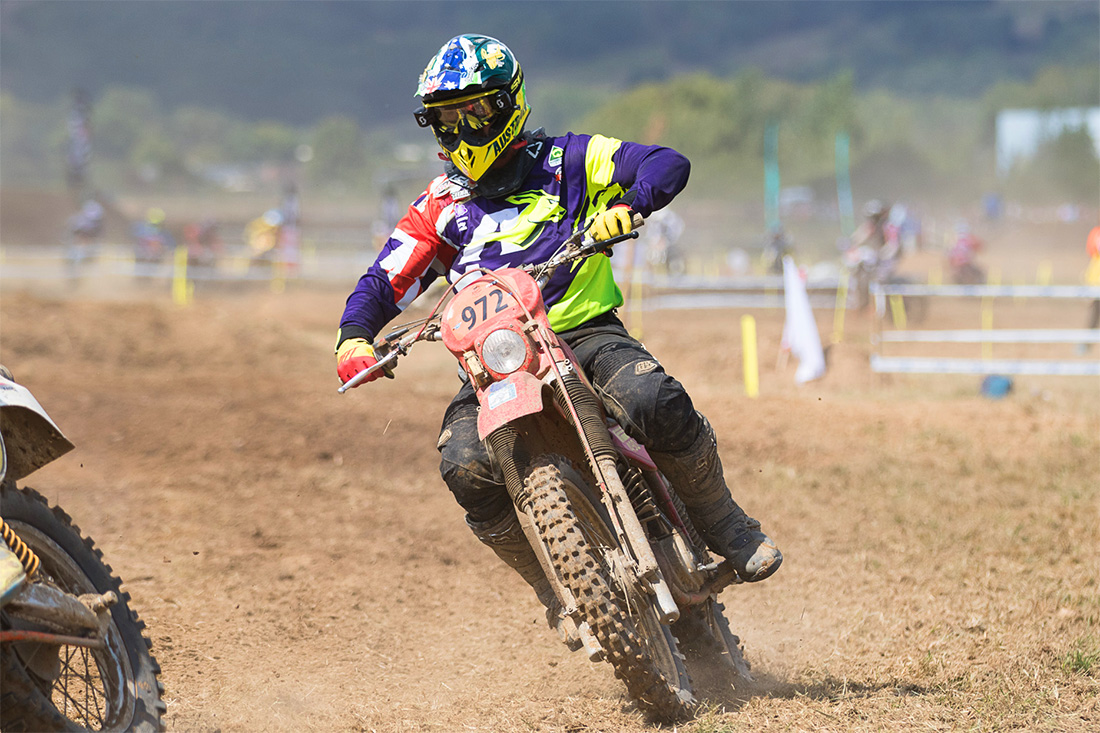 Geoff Ballard at last year's ISDE in France, Ballard took home second place in his first attempt in the Vintage Class.
Geoff Ballard will be returning to the Yamaha Australian Four-Day Enduro (A4DE) for a staggering 30th time, which puts him in a class of his own as the most A4DE participated in by a rider.

You would think he had done it all by now, seeing as Ballard rode at the original Cessnock A4DE in 1978, but this year he will take on the inaugural Vintage Class.

Ballard will lead a contingent of over 60 riders taking on the new class for the first time on Australian soil, as the Vintage Class has become quite popular overseas at the International Six Day Enduro (ISDE) since commencing in 2016.

Last year at the ISDE in France, Ballard took home second place in his first attempt in the Vintage Class.

Ballard spoke ahead of his 30th A4DE to talk about the Vintage Class and what keeps him going.

This is your 30th A4DE, and you will be in a new class, tell us about the new Vintage Class?

It‰Ûªs pretty exciting to be competing in a class that I‰Ûªve never competed in before on home soil in my 30th A4DE, it takes me back to when I started, and I can‰Ûªt wait to get out there. I think the Vintage Class has added something to the event as it brings great history and after doing the Six-Day Vintage Class last year, it was amazing seeing how many people enjoyed coming out to watch the old bikes race.

You had great success in France last year at the ISDE, how do you find racing the vintage bikes?

The key is not to take it too seriously, they are pretty fragile the vintage bikes, so I find you can‰Ûªt get to wound up, and for me, it's just a bonus if it starts. The bikes are pretty average compared to today‰Ûªs bikes, but you can sometimes get caught up in the hype of a modern event and think the bike can keep up with the newer models. It's going to be very cool at Cessnock but there definitely will be some heartbreaks with the bikes not starting or causing a few headaches, but I‰Ûªm prepared for this as that‰Ûªs just the way it goes.

What bike will you be riding at this years A4DE, and what are your goals for A4DE?

I‰Ûªll be riding an 81 model Maico 490, it‰Ûªs a good model, and I had a lot to do with Maico back in the day, and I did win the A4DE on a Maico. I‰Ûªve tried a few different bikes, but the power is just so cool, and that made the decision for me.

Look, I want to do well, but I have an open mind that the bike could do anything so ill be ready to have a good time and see how we end up.

Now 30 years is an amazing achievement, what keeps bringing you back to A4DE?

My enthusiasm goes up and down, but I have never found a sport I enjoy as much as this, and that‰Ûªs what keeps me coming back. My enjoyment makes it to hard to give up, and its simply exciting, I love the fact you can ride in any weather and conditions. My body is still going strong at nearly 60, and I‰Ûªm still looking forward to getting out there so that must be a good sign.

The return to Cessnock, the birthplace of Australian Enduro must be special to be a part of that?

It's really special to be involved, John Hall was a huge part of creating A4DE and to be able to return around Easter is awesome as that's how the event started. It‰Ûªs exciting to return in the 40th year to ‰Û÷the place‰Ûª that kick-started A4DE.