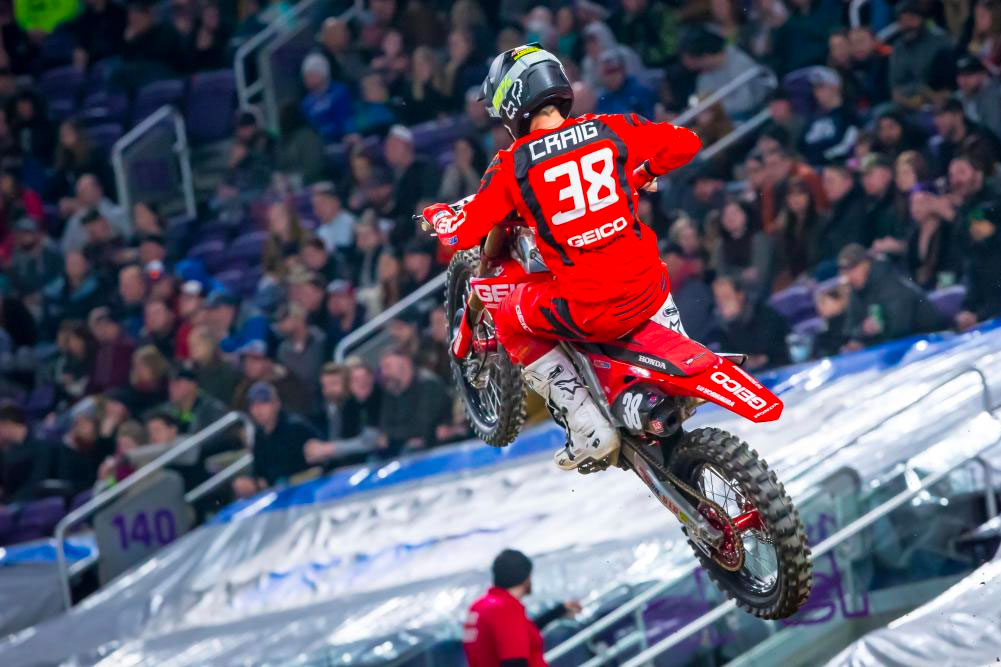 Christian Craig will miss the next two rounds after injuring his hand at Round four. Photo: Supercross Live
The Geico Honda team will be riderless for this weekends round of the AMA Monster Energy Supercross at Oakdale, CA, with Christian Craig to sit out the event with injury.

With Jett Lawrence already out with a broken collarbone the team will be left riderless after Craig injured his hand, among other small injuries, at Glendale on the weekend.

Craig looked strong early on securing a solid third-place effort in the opening main event. Much to his chagrin and for the third week in a row, an incident on the track found him heading back to the pit and paddock area prior to the checkered flag.

Unfortunately, Craig left Round four with an injured hand and pinky finger that will keep him sidelined for the next two races, but a welcome break in the Western Regional schedule will give him plenty of time to recover before his planned return at the end of March for the Seattle Supercross.