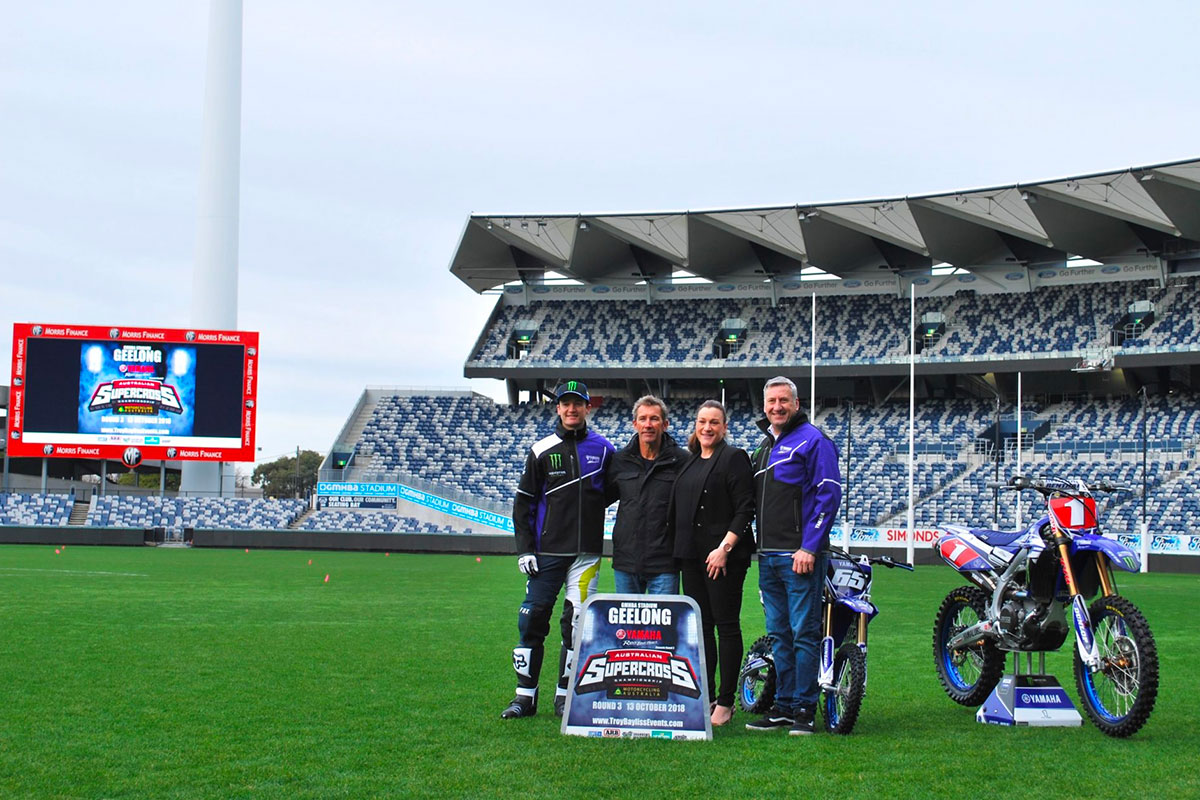 Troy Bayliss Events are teaming up with Yamaha Motor Australia to bring Victoria‰Ûªs leg of the championship to Geelong on 13 October 2018. For the first time in Australia, the action-packed night of Supercross racing will feature an all-new Triple Crown competition format.

Three-time World Superbike Champion Troy Bayliss, who has now moved into event management, believes GMHBA Stadium is the perfect venue for fans to get up close and personal with the sport

‰ÛÏWe‰Ûªre expecting a big crowd down in Geelong to see Australia‰Ûªs greatest Supercross talent. We‰Ûªre also offering fans new ways of interacting with their favourite teams and riders through our Pit Party activation,‰Û 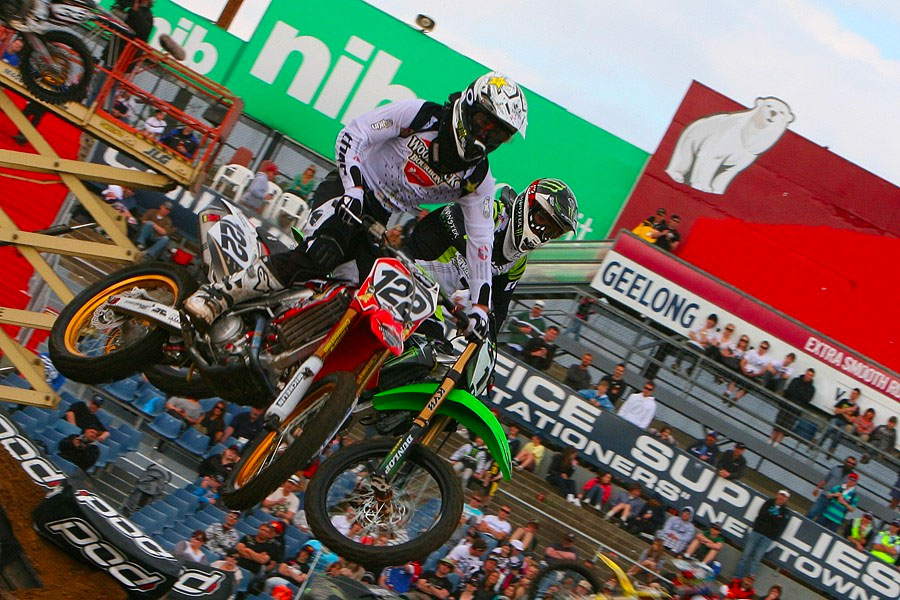 The Australian Supercross Championship last visited the famous Geelong stadium back on 24th October, 2009, when Chad Reed and Dan Reardon went head to head. Photo: Arryn Minerds.
Accompanying the exciting news is the announcement that Yamaha Motor Australia becomes the event‰Ûªs major sponsor for Round 3 the series.

For the first time in Australia, the action-packed night of Australian Supercross Championship racing will feature an all-new triple crown competition format.

‰ÛÏThis is Australia‰Ûªs best regional Stadium and the beating heart of the Geelong sporting community. Fans will enjoy an action packed night of entertainment in front of the newly redeveloped Brownlow Stand,‰Û 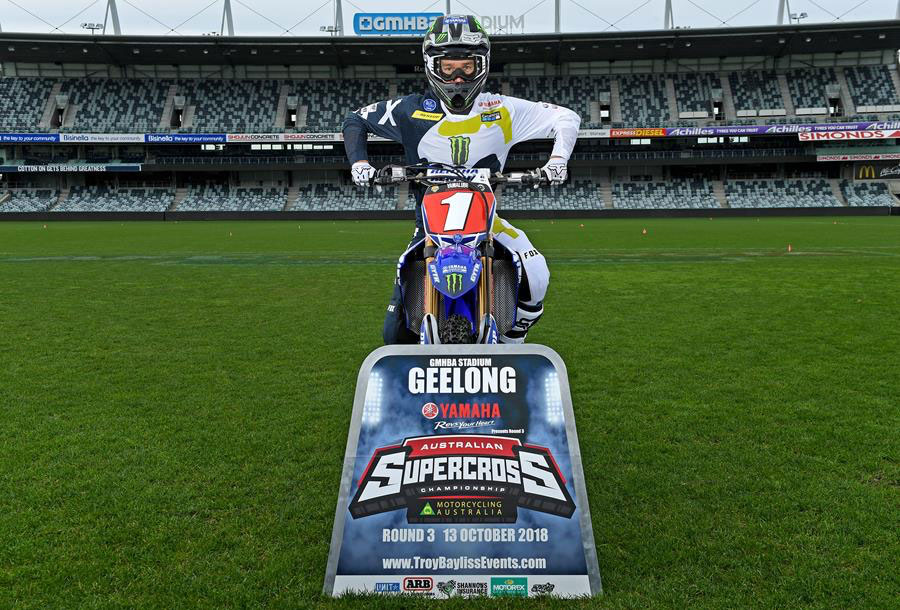 ‰ÛÏRiding inside one of the top stadiums in Australia is a massive boost for the championship and makes us push even harder to put on the best show for our fans. This stadium is going to be a real spectacle for the fans and for us as riders, there‰Ûªs plenty of room for the track builders to shape the perfect Supercross track to hit in maximum attack mode,‰Û