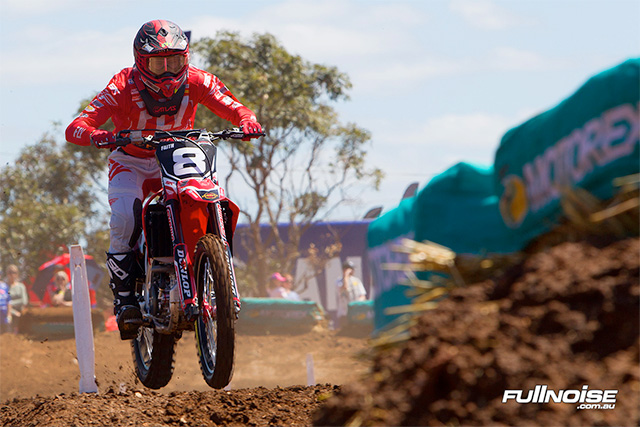 The Penrite Honda rider has decided to head back to his home in the USA to tend to a wrist injury sustained at the second round in Bacchus Marsh two weeks ago when he crashed hard in the final lap of his heat race, he ulitmatly went on to win that round.

The 2012 and 2014 Australian Supercross Champion did ride at last weekend's third round in Virginia, SA, where he finishished 5th and as a result holds a two moint lead over DPH Yamaha's Wilson Todd.

"Unfortunately I'm heading back to America today to get my wrist operated on," Faith said on his Instagram account, "I had a bad crash in my heat race a few weeks ago in Bacchus Marsh breaking my wrist and tearing 4 ligaments.

"As much as I want to keep racing and hang on to the red plate, the pain has gotten to be unbearable and I need to look out for my own heath. I want to thank everyone that has been a part of the program."