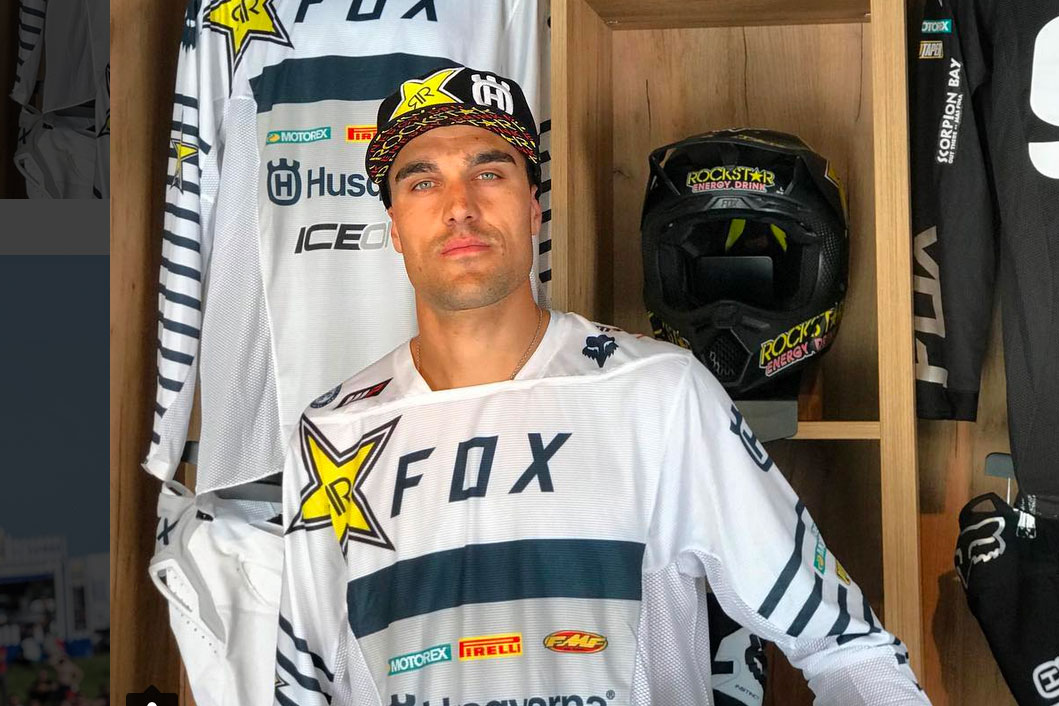 Gautier Paulin. Photo: Gautier Paulin Instagram
Yamaha Motor Europe has signed Gautier Paulin to the Wilvo Yamaha Official MXGP Team where he will race a YZ450F along side teammate Arnaud Tonus in the 2019 MXGP World Championship.

As one of the most talented riders in the world, Paulin already has an incredible list of achievements. The 28 year-old Frenchman has won 11 Grand Prix rounds, three in MX2 and eight in MXGP, and has stood on the podium 52 times, 18 times in MX2 and 34 in MXGP. He has claimed 19 race wins in total throughout that time, three were on a 250cc in the MX2 class, and 14 were aboard a 450cc inside the premier class, MXGP.

The incredibly talented Frenchman won the EMX250 Championship in 2007 and in that same year he made his FIM Motocross World Championship debut as a wild-card entry in the MX2 class at six of the 15 rounds where his best race finish was a fourth-place in Northern Ireland. His 2008 season was cut-short by injury meaning his first full term in MX2 was in 2009 where he won three rounds and finished the season as the bronze medalist.

In 2012, he stepped up to the premier class, formerly known as 'MX1' and now named 'MXGP', where he finished third in the championship classification in his rookie year.

In 2015, the French star finished as the runner-up in the MXGP World Championship behind his compatriot, YZ450FM mounted Romain Febvre, and added one more medal to his tally with yet another bronze inside the premier class in 2017.

In addition to his individual achievements, the French phenomenon has had the honor of representing his nation at the prestigious Monster Energy Motocross of Nations on nine occasions where he has played a vital role in the teams' success, that includes four gold medals, in 2014, '15, '16 and '17, and two silver medals, in 2009, and '11. He will represent Team France for a tenth time, alongside Yamaha Factory rider Dylan Ferrandis and Jordi Tixier, at the 2018 Monster Energy Motocross of Nations that will take place on the weekend of October 7th at the Red Bud circuit in Michigan, USA.

Yamaha Motor Europe MX Racing Manager, Erik Eggens, said, "We are very excited to have Gautier back on Yamaha and in Paddock Blue. He has always been a rider that can fight for podiums and he is definitely capable of challenging for race wins as well, and we saw that a few years back when he joined Yamaha and won his debut Grand Prix on a YZ450F, which is an outstanding achievement and something that not many riders can say they have done.

"We believe that with the support of the Wilvo Yamaha Official MXGP team he can still achieve these results, and this is something we look forward to. The team is very motivated and is a team that has shown great improvement and stability over the years, which is something a high caliber rider such as Gautier needs. With that said, we wish Gautier a warm welcome back, and we look forward to having him back on blue."

Wilvo Yamaha Official MXGP Team Owner, Louis Vosters, added, "I am really happy to have Gautier join us for the 2019 season. He is a fantastic rider and I am sure that with the right structure and the tools and support that we offer, he can make it back to the top of the MXGP World Championship. Also, together with his teammate Arnaud Tonus, I am convinced that these two great riders will make each other better and bring the results that we are looking for."