Gasjer and Olsen Top Qualifying at MXGP of Great Britain 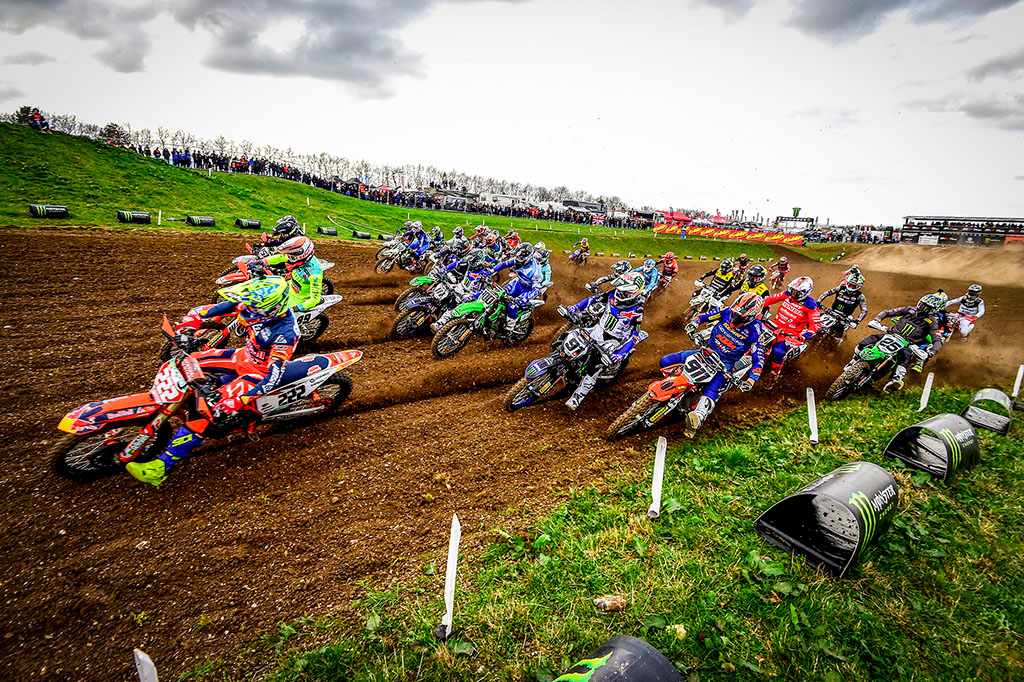 The 2019 MXGP of Great Britain at Matterley Basin has seen its first day of racing action with a full schedule and a stacked field of the world‰Ûªs best motocross riders.

Today it was Team HRC‰Ûªs Tim Gajser and Thomas Kjer Olsen who made the most of Matterley Basin taking their respective MXGP and MX2 Qualifying Race wins.

The grass carpeted hillsides of the venue were topped by the even more impressive conditions on the track as the long list of sessions were completed throughout the day.

When the Qualifying race started off Gajser spun on the gate and was at the back of the pack while Red Plate holder Antonio Cairoli took the lead. Desalle also suffered misfortune early as he fell coming into turn 3 and was clipped by another rider. 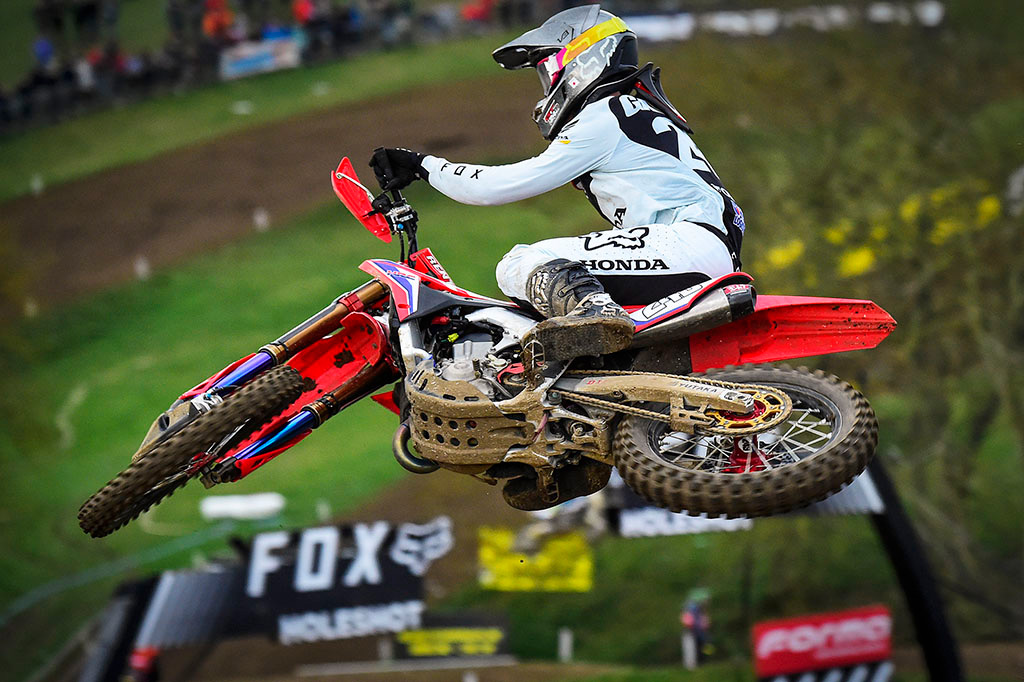 Tim Gajser
Both Gajser and Desalle were able to rebound however but Gajser in the most impressive form coming from essentially last in turn 1 to the top 4 by the end of the first lap. While Cairoli led Monster Energy Yamaha Factory MXGP‰Ûªs Jeremy Seewer was in second but after only a couple of laps the #243 of Gajser took over. Seewer then lost another spot to a Honda but this one was piloted by Honda SR Motoblouz‰Ûªs Jeremy Van Horebeek.

Two Laps later the factory Yamaha of Seewer was passed by Monster Energy Wilvo Yamaha Official MXGP‰Ûªs Gautier Paulin which sandwiched Seewer between the Frenchman and the other Wilvo rider Arnaud Tonus. All the while Standing Construct KTM‰Ûªs local hero Max Anstie was working his way forward from an unfortunate opening lap to catch Monster Energy Kawasaki Racing‰Ûªs Julien Lieber. 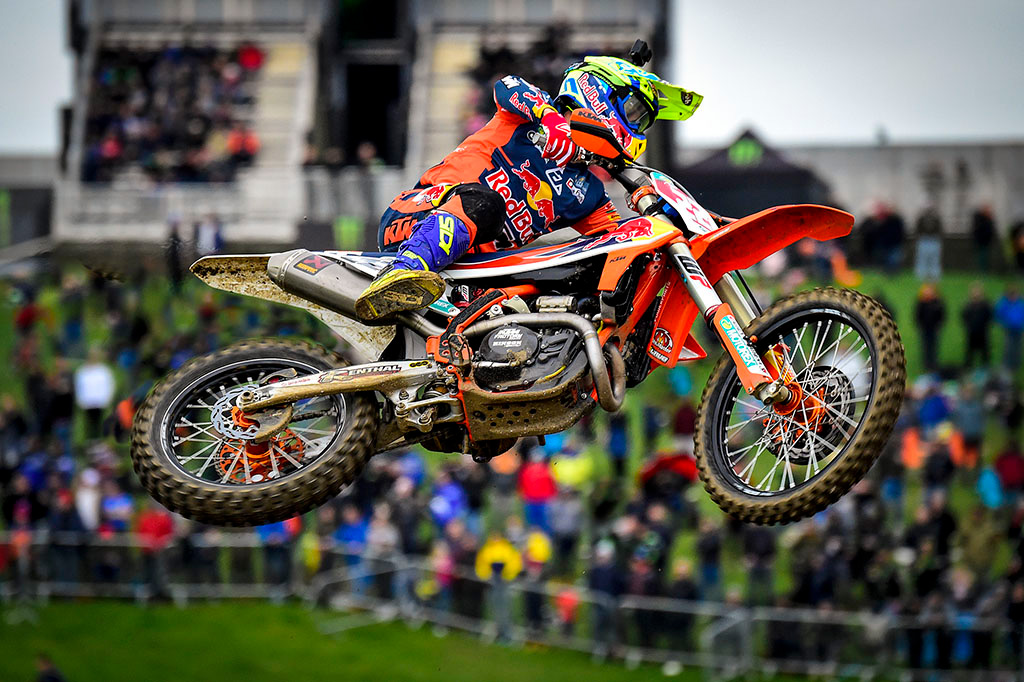 Antonio Cairoli
As the last lap got under way Cairoli looked in control and ready to cruise to the qualifying win but a still pushing Gajser keep the Italian on his toes. Eventually Cairoli fell with half a lap to go which surrendered the lead to Gajser who takes his first win since almost exactly one year ago. Also making a last lap pass was Anstie which gave the Brit 7th while fellow British rider Shaun Simpson 12th and BOS Factory‰Ûªs Tommy Searle was unable to complete a full lap due to a bike issue.

Aussie Dean Ferris, who is filling in in the Monster Energy Factory Yamaha Team, finished 18th after getting hooked up with Max Anstie off the start.

‰ÛÏI tried to fight hard to pass as many guys as possible‰Û_ then I passed Jeremy (Seewer) for second place and it was just Tony (Cairoli) in front of me so I tried to close that gap but on the last lap he made the mistake and I took the win. I am really happy and looking forward to tomorrow, I think we are going to have some good racing.‰Û 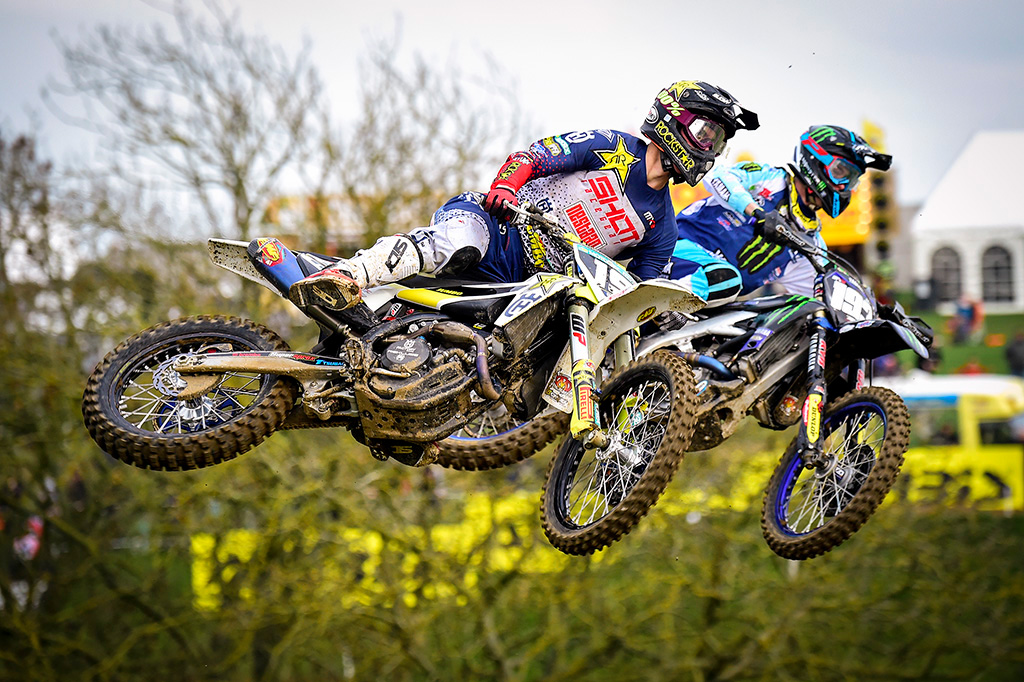 Thomas Kjer Olsen (19) battles Brit Ben Watson for the MX2 win.
MX2 is expected to host some of the most interesting and intense racing tomorrow and today showed exactly why. With the current points leader and defending champion Jorge Prado missing the action this weekend the winning desire of every other MX2 rider is stronger than ever.

Today‰Ûªs intensity started off with BIKE IT DRT Kawasaki‰Ûªs Darian Sanayei howing massive speed with the holeshot and lead but the American‰Ûªs energy quickly wore off as he is still recovering from an illness, nonetheless his speed was impressive and worthy of note. Monster Energy Kemea Yamaha Official MX2‰Ûªs Ben Watson came into today with added stress of racing at home but worked it to his advantage fighting for the lead early.

Watson battled with the German F&H Racing Teamrider Henry Jacobi aggressively but then lost his position to Rockstar Thomas Kjer Olsen. Olsen was on a charge forward after a mid-pack start but after getting by Watson for 2nd on lap 2 the Dane then went after Jacobi for the lead. 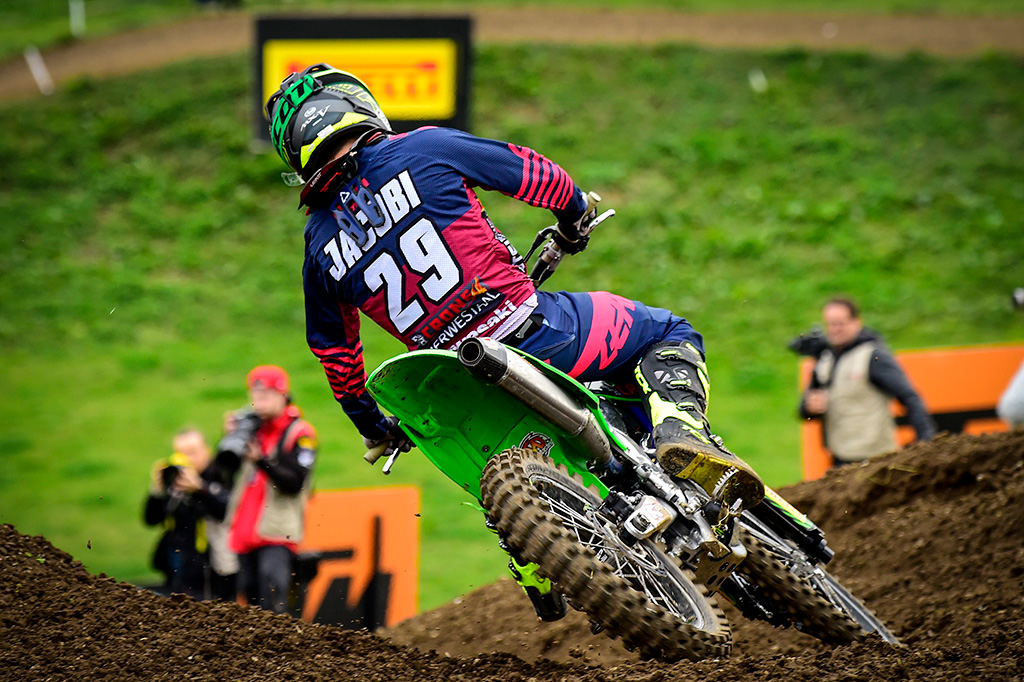 Henry Jacobi
The battle for the premier spot though relatively was definitely not easy and extremely intense as the pair went all out. The racing was so close that the duo actually collided just prior to the takeoff on one of the fastest and biggest jumps on track, an uphill quad.

The encounter provoked Olsen to charge past Jacobi shortly after and then dispatch the German and create a gap. While the exchange for the lead occurred Honda 114 Motorsport‰Ûªs Mitch Evans progressed from 7th to 4th and British rider Conrad Mewse pushed from 11th to and impressive 5th passing Tom Vialle two laps prior to the finish.

As the race wound down Watson and Jacobi went back at and though Watson took 2nd from the #29 at the midpoint it didn‰Ûªt last. Jacobi impressively regrouped, followed Watson‰Ûªs lines, and passed his way back into the runner up position. Olsen‰Ûªs Qualifying win makes him 2 for 2 this season and well likely give him addition confidence prior to tomorrow‰Ûªs gate drops.

‰ÛÏI just worked my way up and wanted make quick moves because the roost was gnarly out there, the track is really good for passing and I worked up to first. Then I just really tried to focus on putting in good laps and I tried some news lines, but I can‰Ûªt wait for race day tomorrow and hopefully we can get another win!‰Û 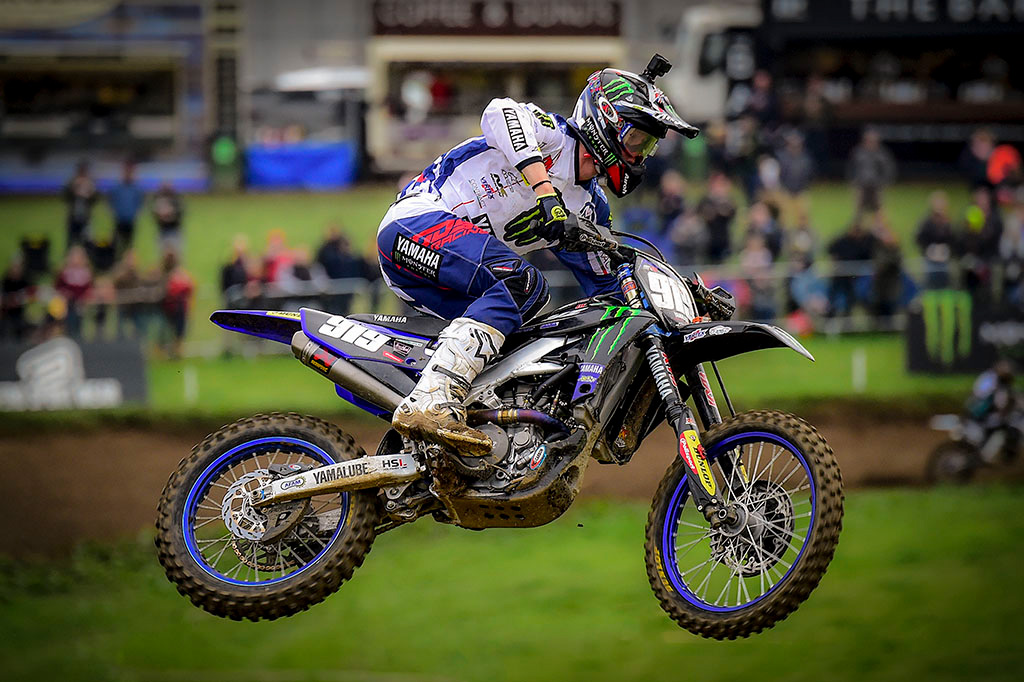