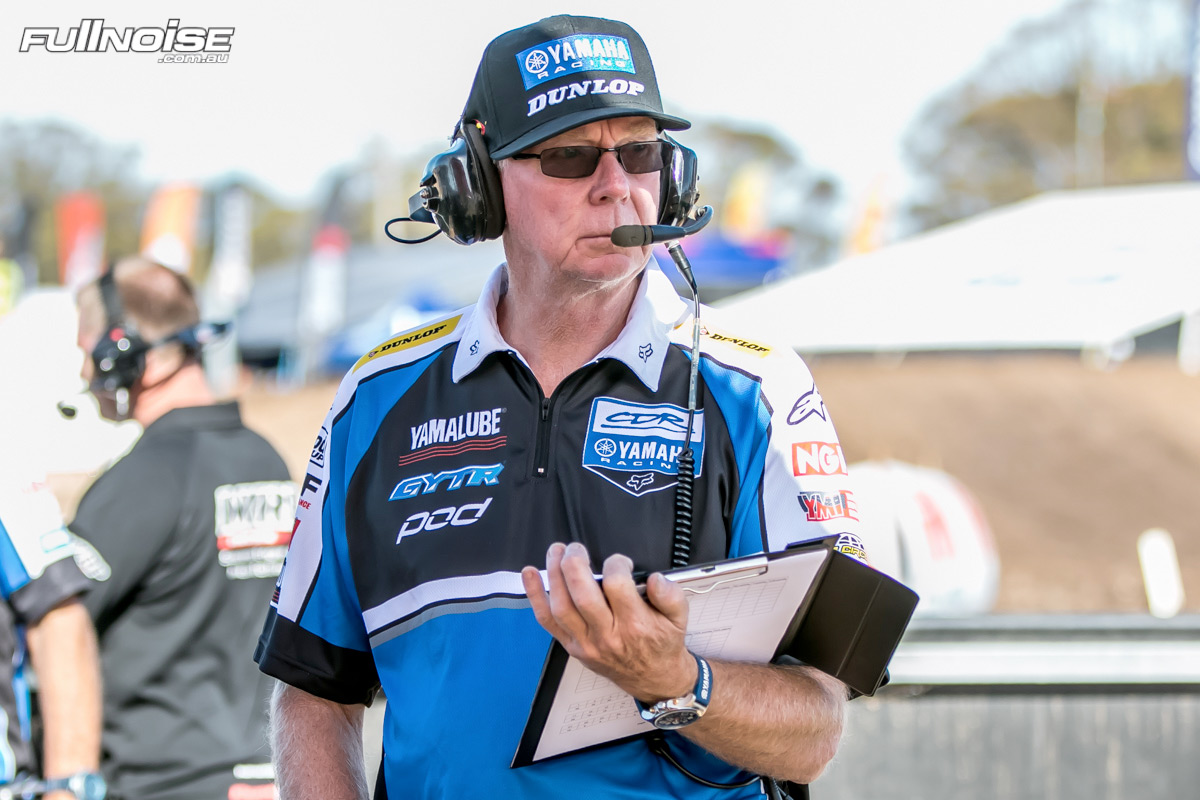 In 2016, Yamaha celebrated its 60th anniversary and part of that was a travelling road show of famous bikes and people that make up Yamaha and more importantly, Yamaha Australia.

Of course, the usual suspects were rolled out, Stephen Gall, Craig Dack and Geoff Ballard but another person was part of that group and has had just as big an impact to Yamaha as each of the names above.

Long time CDR Yamaha head technician, Yamaha Europe motorsport manager, and all round good guy, Gary Benn, commanded as much attention as his higher profile colleagues during the 2016 tour. He mingled with international VIP guests, Hiekki Mikkola and Broc Glover, has worked with and knows personally legends of our sport and there isn‰Ûªt much that Benn hasn‰Ûªt seen or hasn‰Ûªt done.

His global credibility allows him to walk through the pit paddock at the MXON and chat to the likes of Roger Decoster and Michele Rinaldi.

In 2019, Gary stepped back to a part time roll with CDR Yamaha after forty years on the road. He still enjoys driving the rig to and from events, still enjoys success at CDR and passing on knowledge to the next generation but now likes the slower pace of not having to be on the grind for 30 weeks a year. In fact, Gary was painting his house when we caught him with him. No one likes painting their entire house. That job has probably been put off for decades.

Instead of firing questions at Gary, lets just hear his thoughts as we touch on a range of topics. 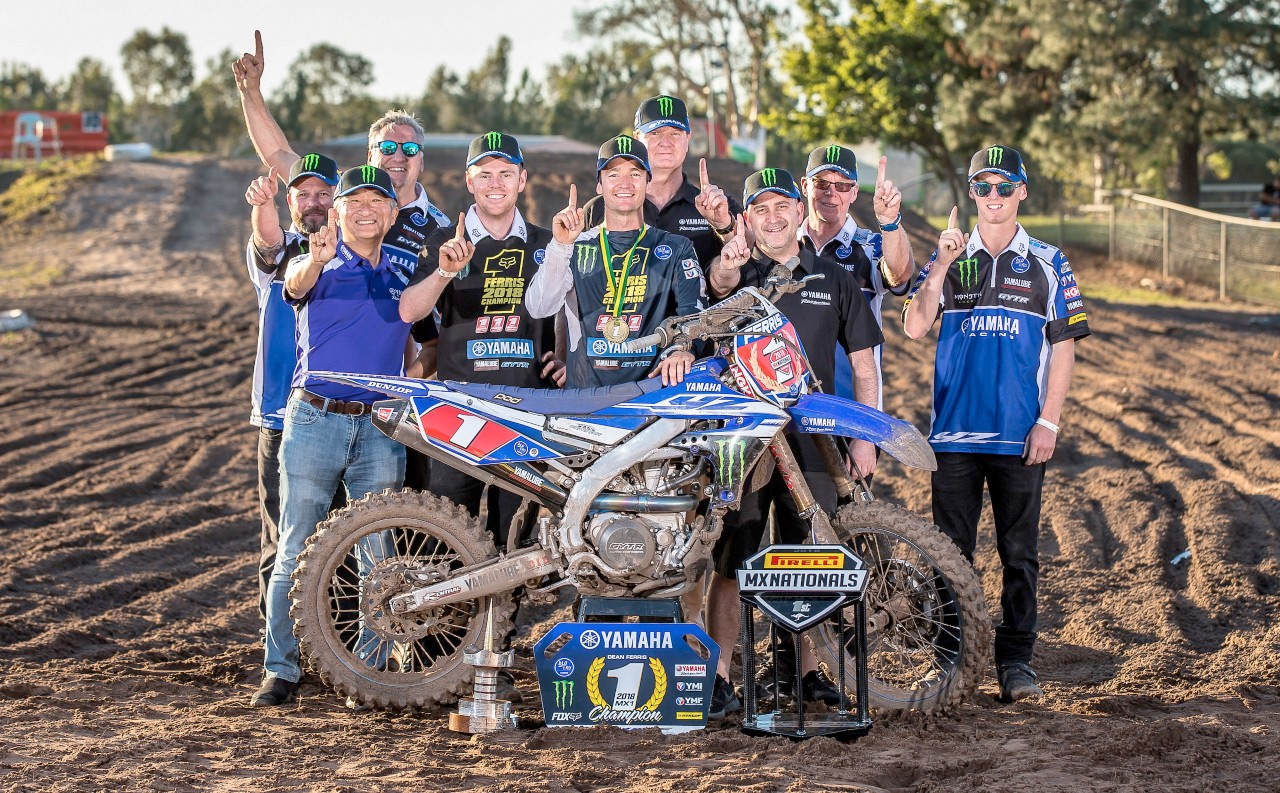 I had two stints in Europe, the first being from 1979 to 1984, then I returned in 1988 and stayed until 1995. The first time I went over, I was the mechanic Mike Landman. Mike had got some support via Yamaha in Australia and Europe to contest the world motocross championships and I went over as his mechanic. He stayed a year before returning, but I was enjoying it and continued on for another three seasons, two with Marc Velkenners in the 125 class and then a year with Neil Hudson in the 500‰Ûªs.

At the end of that season, I wanted to come home as I had been away for so long. At the same time, Yamaha were looking at cutting back their racing involvement in Europe and shut down a lot of teams and support. I did have an offer to work with Kurt Nicoll but decided to come home. While back in Australia, I got offered a job that I took and worked back here from 1984 to 1987.

Then at the end of the 1987, I got a call from Yamaha in Europe asking about a role to help them re-stablish their race teams as they wanted to get back into the motocross GP‰Ûªs again. I was bought over to start the motocross racing division from scratch; getting the workshop built, finding mechanics, getting riders and basically running and managing their motocross division. I can‰Ûªt even remember what my official title was, but it was a lot of work and long hours to get things up and running and prepare for a long GP season that included several overseas / fly away races.

We have a relationship that‰Ûªs been going for nearly 40 years. Craig description of it is, ‰ÛÏI start the fires and Gary puts them out,‰Û 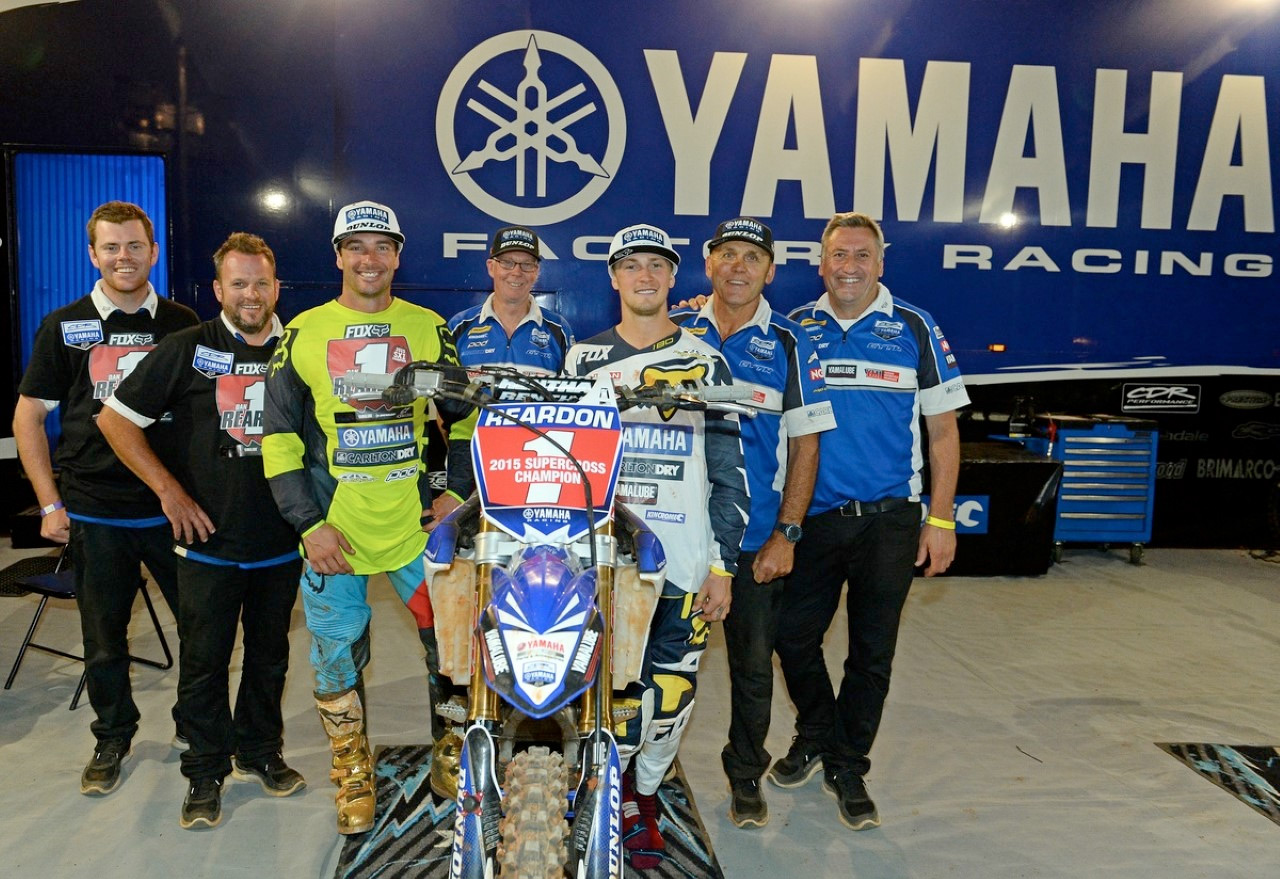 I would say suspension. Back when I started, a mechanic would need to know both well as be a jack of all trades but as bikes developed, each role become more specialised. My interest in suspension started while I was in Europe as Yamaha owned Ohlins and we had those guys share the work shop with us and I would often spend time with them and learn how suspension works and how they did things.

Then went I came back to CDR Yamaha, we were predominantly two strokes at that time and I did both motors and suspension, but when the four strokes become the bike of choice, doing motors and suspension become too much for a one person job. It was hard building our own cams and then having to switch off and start thinking suspension stacks in the one day. So, I focused on suspension and we had someone else do motors.

For me, the most memorable was winning the 1988 world 250cc championship with John Van Den Berk. We started the year with nothing but an empty workshop and by the end of the year, we had won a world title. We had come so far in such a short period of time. It was so rewarding for me and was quite emotional in different ways. It was a huge relief to win, but also we were so used to being under pressure that when the season was over, we almost didn‰Ûªt know what to do with ourselves. 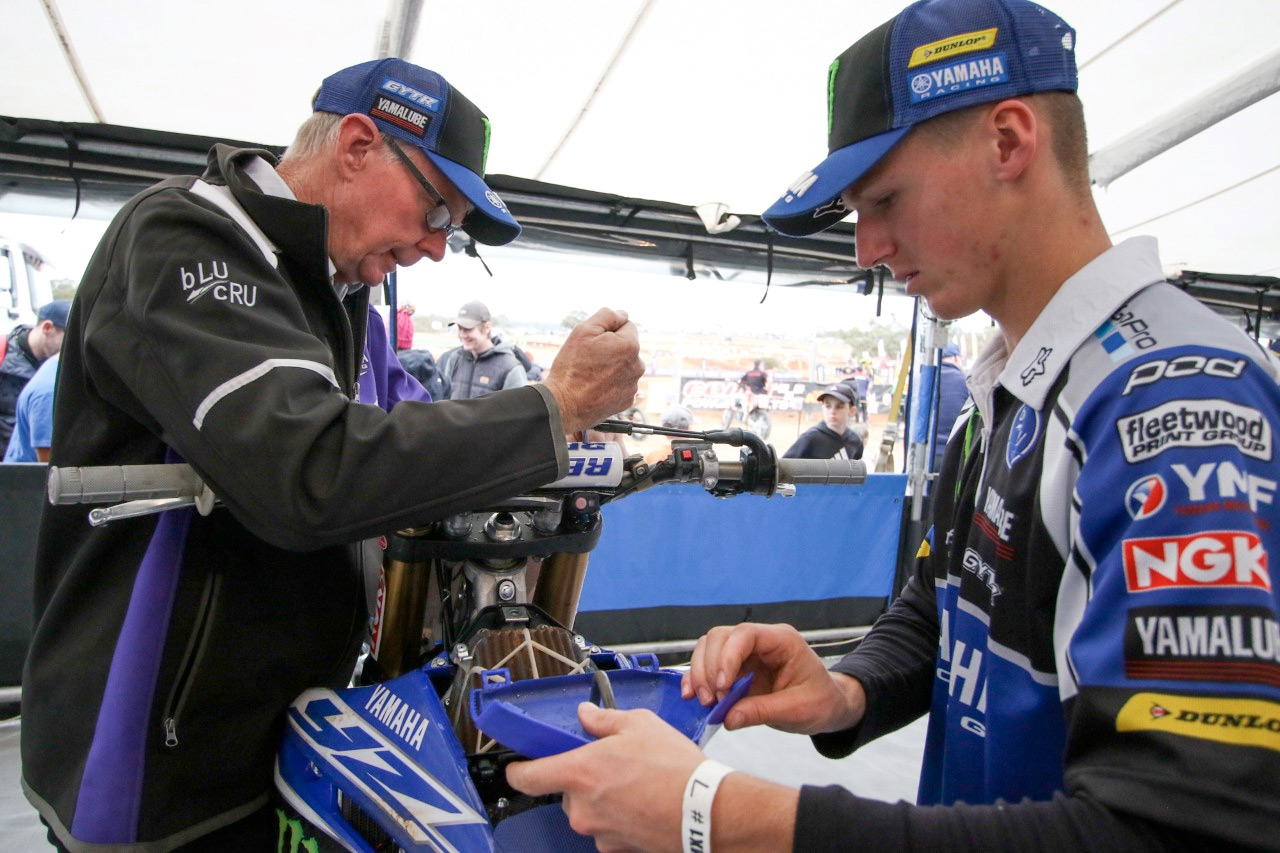 Team Manager of the MXoN Team

Having lived in Europe and know people in the industry fairly well, it was a job that I could do. I have done it for the best part of 20 years, but Michael Byrne has taken over the role for the last three years and is doing a good job. I still enjoy going and watching the racing as it‰Ûªs the only time where you get to see the best in the world all race one another and the event itself is always good.

My most proud moment was when we finished third with Chad, Matt Moss and Brett Metcalfe in 2011. We have had some great teams over the years and the best result until that point was a fourth in 1988 with Leisk, Dack and Bell, so to get on the podium was a memorable moment.

It‰Ûªs a tough event to do well in and a lot of things have to go your way on the day. We had teams like Reed, McFarlane and Byrne and didn‰Ûªt get top five as its so tough. We are always competitive but at the end of the day, we just haven‰Ûªt been good enough to win it, but we have some good riders now in Europe and the US, so hopefully that changes in the future.

Best Rider you have seen?

Stefan Everts. He made riding look effortless. He was pure talent. I recall him doing things that made his rivals look silly. He rode around the outside of James Stewart in deeply rutted turn at the MXoN in England and James had no idea what happened. His racing against Ricky Carmichael in Zolder was two guys at the top of their game.

I also recall another MXoN at Foxhills in England where it was that muddy and wet, Stefan was the only ride to get around the track. He made established professions look like novices at times and was by far the best technical rider I had seen. 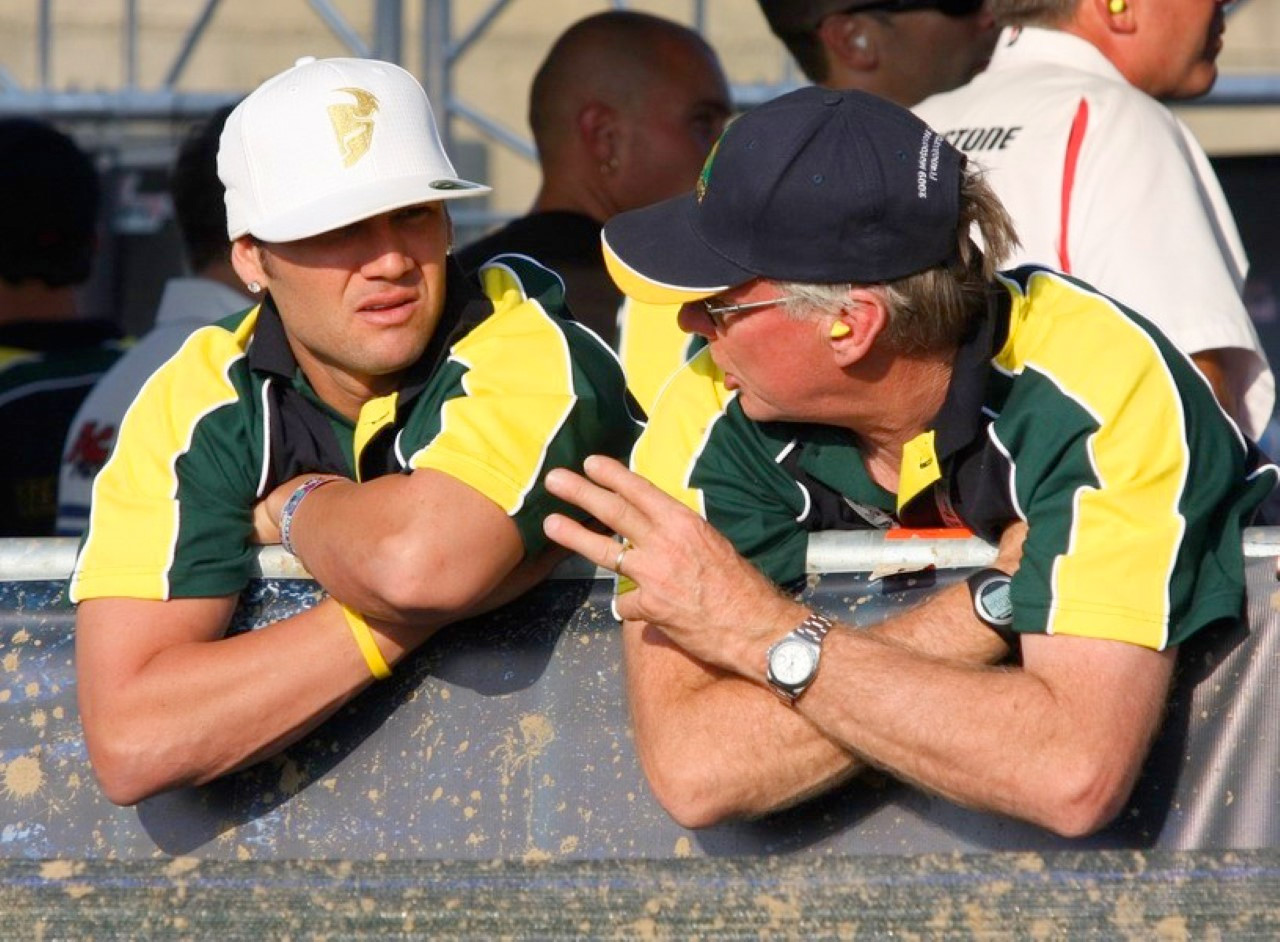 I have worked on a lot of projects and bikes over the years but one that standards out is the YZM500. It was a pure factory bike that was full of innovation. It might not have been the best performing bike on the track, but it paved the way for a lot of things that come down the production line in the future.

It was an alloy framed bike with no compromise. We had done extensive development with the bike as every manufacturer was in the process of testing alloy frames. Yamaha had been testing the frame in 1987, both in Europe and the US and then we used it on the 500 in 1988 and 1989. It was the last of the full factory bikes I had worked on.

I tend to learn towards the MXGP events as I think the variety of surfaces, track and conditions make it A bigger challenge for the rider and the teams. The US seem to have a similarity to their tracks and how they prepare them in that they are fast, jump filled and almost supercross style. I like the tradition of the European tracks and at the moment, I think the GP riders seem to have an edge over the US guys when it comes to MX.