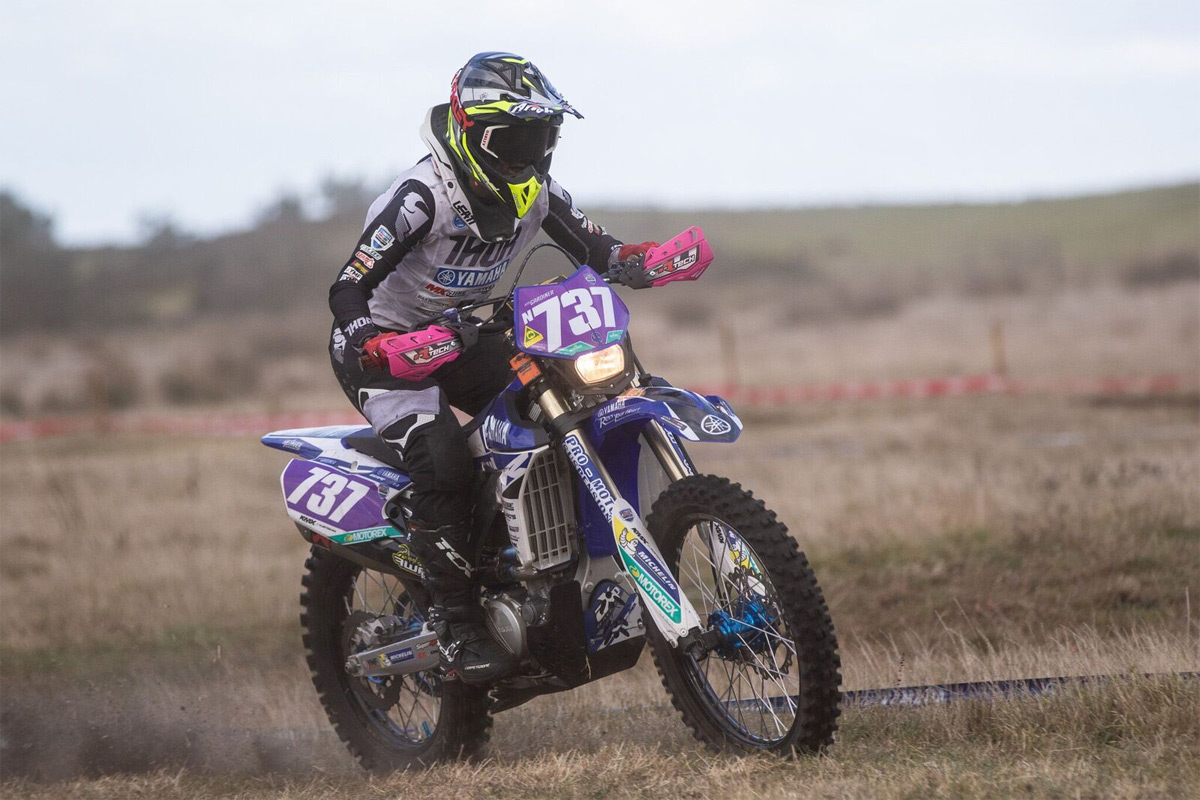 Jess Gardiner on her way to winning the Women's class on Sunday at Hedley - Credit: John Pearson
Hedley produced one of the tougher days of riding here at Round Four of the Yamaha Australian Off-Road Championship (AORC), but that didn‰Ûªt stop Jessica Gardiner showing her class and completing the Hedley double on her Yamaha.

Richard Chibnall also completed the double on his KTM in the Veterans class whilst Geoffrey Ballard took the honours in the Masters.

The women took on the bLu cRu test for 4 Sprints whilst the Veterans and Masters were out on the WR450F test where they were put through their paces for 5 sprints.

Gardiner has shown great speed throughout the weekend here at Hedley and proved this by being the only rider in her division to complete a test in under 12 minutes. After getting out of the blocks well, Gardiner continued to get the most of out her Yamaha in the sprints and claim the round win.

Emelie Karlsson bounced back after a disappointing day on Saturday to claim second position and get back some much-needed points aboard her Yamaha. Rounding out the podium was Jemma Wilson who continues her consistent run of podiums after yesterdays second place finish. 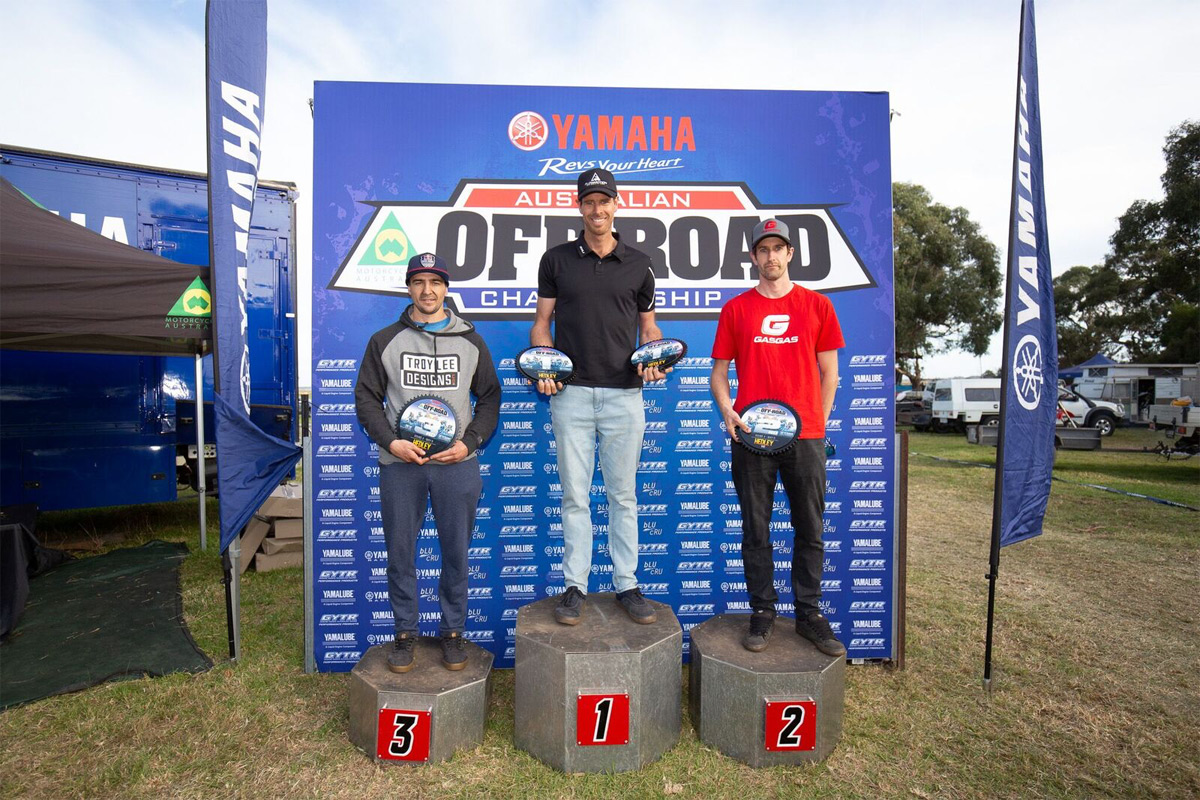 It was much of the same again for Chibnall after taking out yesterdays Supersprints, he continued his form to once again take class honours on his KTM.

Jade Gartlan had the task of once again trying to track down Chibnall on his Gas Gas but he just couldn‰Ûªt find the same speed over the five sprints, finishing just under two minutes behind. Paul Chadwick rounded out the podium in one of the toughest AORC rounds the competition has seen.

Ballard has bounced back after narrowly missing out on victory yesterday to claim class honours here at Hedley. Ballard got the most out of his Husqvarna and turned the tables on yesterday‰Ûªs winner Michael Widdison, who had to settle for second just 24 seconds off the pace.

Craig Treasure filled the final spot on the Masters podium after a solid days riding in the five sprints, finishing the day with a time of 1:07:05.664. 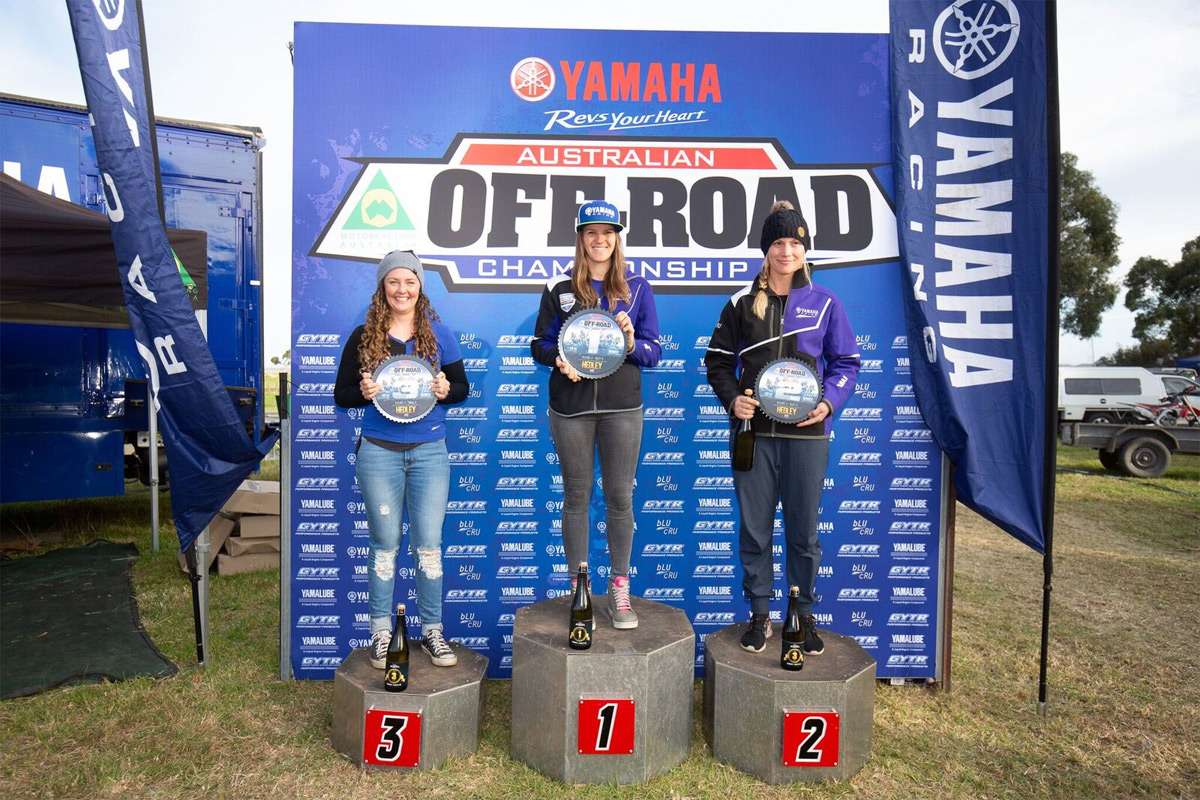 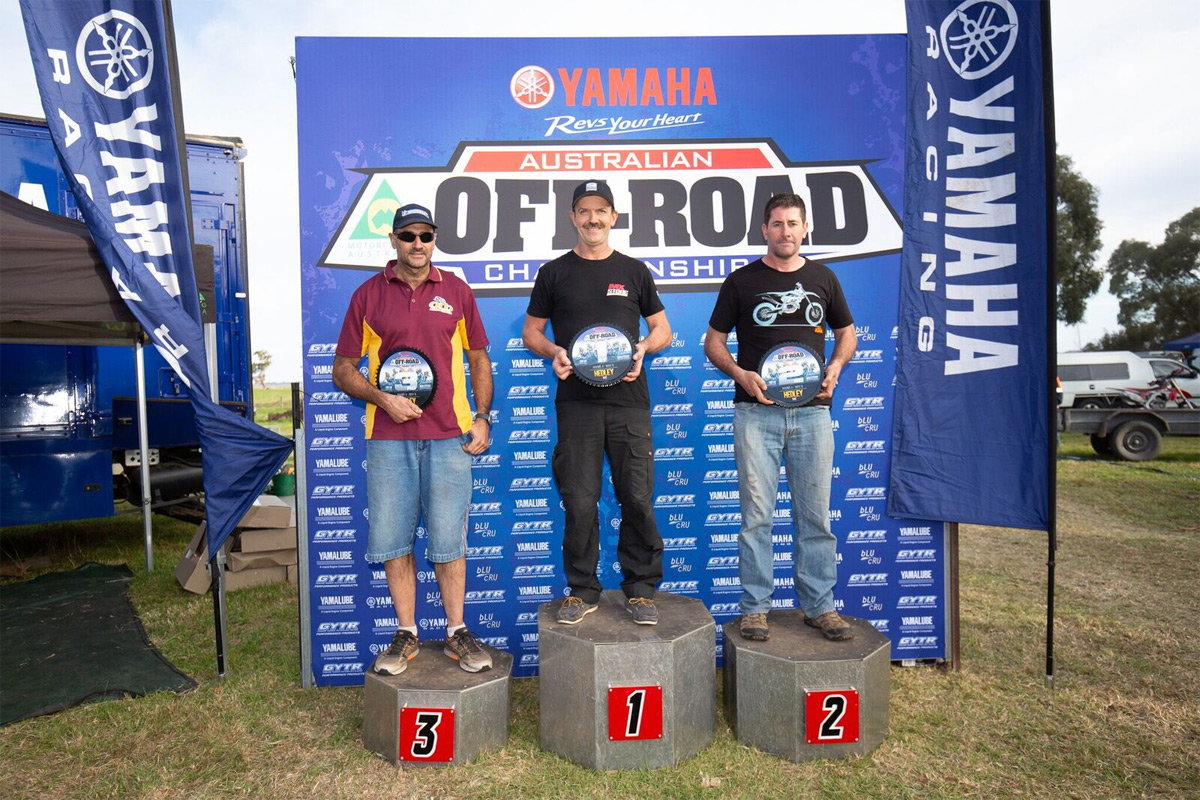