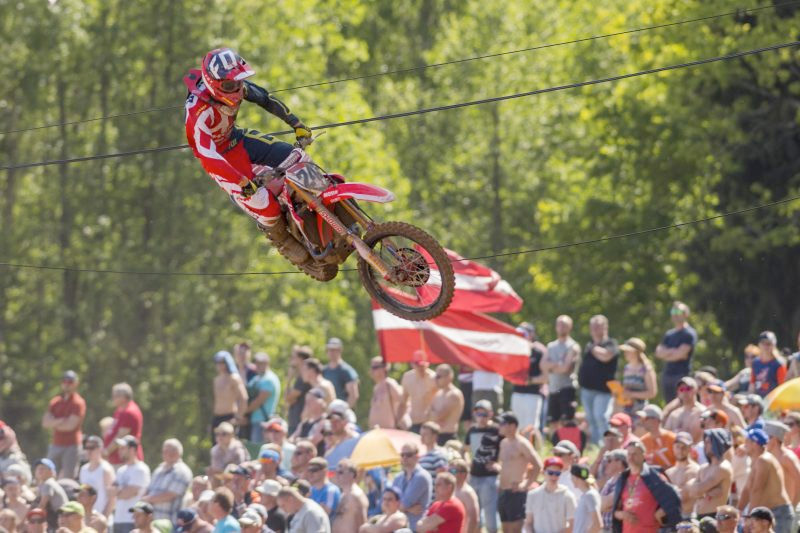 After a top-five finish last time out in Kegums, Tim Gajser is eager to return to Teutschenthal, where he won in MX2 in 2015 and was second in MXGP the following year.
The eighth round of the 2018 Motocross World Championship will take place this weekend at the MSC Teutschenthal motocross track in the north-eastern part of Germany, approximately 190km south-west of Berlin.

With Boger‰Ûªs substitute Todd Waters out of action with a collarbone injury, Team HRC will be in action with a two-rider line up, with Tim Gajser back on his Honda CRF450RW in the MXGP class and Calvin Vlaanderen on the all-new CRF250RW machine in MX2.

After a top-five finish last time out in Kegums, Tim Gajser is eager to return to Teutschenthal, where he won in MX2 in 2015 and was second in MXGP the following year. With a string of promising performances in the last three rounds under his belt, the 21-year-old Slovenian now hopes to bear the fruits of the speed he has shown lately.

"We have been performing well over the last three events and I feel we are getting back to the type of form we need to be racing at the front." Gajser commented. "We are still missing something in terms of speed and especially consistency, but we are getting there.

"Teutschenthal is the type of track that I like, a true hard-pack one, and I really love it. I‰Ûªm looking forward to getting there and get the weekend underway, because I think we‰Ûªre up for some good racing this time out. 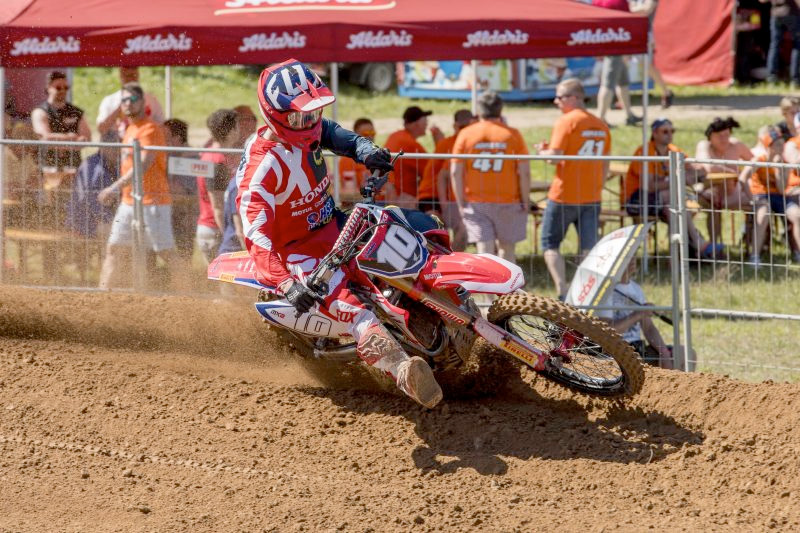 "I‰Ûªm feeling confident heading into this round; I‰Ûªve had a good day on the bike and Teutschenthal is a track I really like and one where I performed well in the past." Vlaanderen said. "It‰Ûªs a little bit slower of a track than others and it gets really deep and rough, which is something I like.

"We‰Ûªve been sixth overall in the last two GPs so now I really want to step it up and break into the top-five. That‰Ûªs the goal, so hopefully we can get two strong motos this weekend and see where we‰Ûªll end up."

The MXGP of Germany will get underway this Saturday at 11:30 local time (GMT +2) with the free practice session for the MX2 class, which will be followed by the MXGP one at noon.