Gajser and Prado come out on top at Indonesian MXGP qualifying 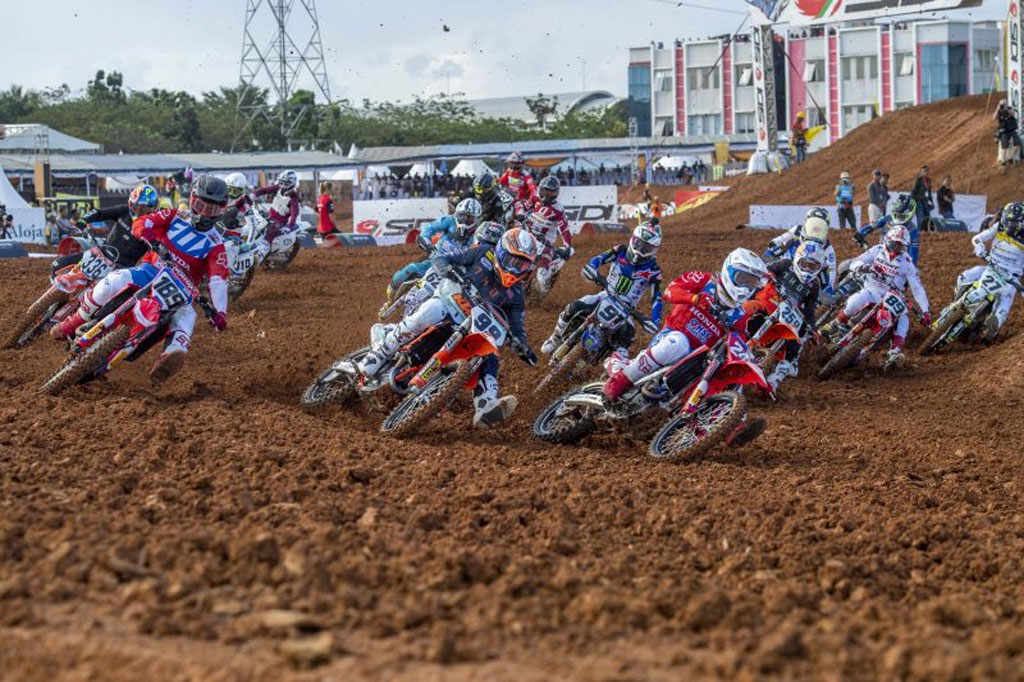 Tim Gajser takes the holeshot in Indonesia.
Honda's Tim Gajser and KTM's Jorge Prado have posted another qualification victory in the hot, sticky conditions at the MXGP of Indonesia, the 11th round of the 2019 world motocross championships.

Around a well-prepared Palembang circuit, and with a mixed day of pouring rain and high temperatures Tim Gajser once again took the holeshot in the MXGP qualification race, leading Monster Energy Wilvo Yamaha Official MXGP‰Ûªs Arnaud Tonus and Glenn Coldenhoff into the first lap. Coldenhoff moved into second place and Monster Energy Yamaha Factory MXGP‰Ûªs Romain Febvre moved past Monster Energy Wilvo Yamaha Official MXGP‰Ûªs Gautier Paulin for seventh place while Pauls Jonass didn‰Ûªt have the start he expected crashing at the first lap but he managing to finish 13th.


After four laps the lead was more than six seconds and Max Anstie passed Tonus for third place. Febvre passed Honda SR Motoblouz‰Ûª Jeremy Van Horebeek for fifth position and Paulin dropped back as he was passed by Monster Energy Yamaha Factory MXGP‰Ûªs Jeremy Seewer for 10th place after they crashed together. Seewer moved past Jasikonis for ninth on lap six, and Febvre moved closer to Tonus for fourth place. 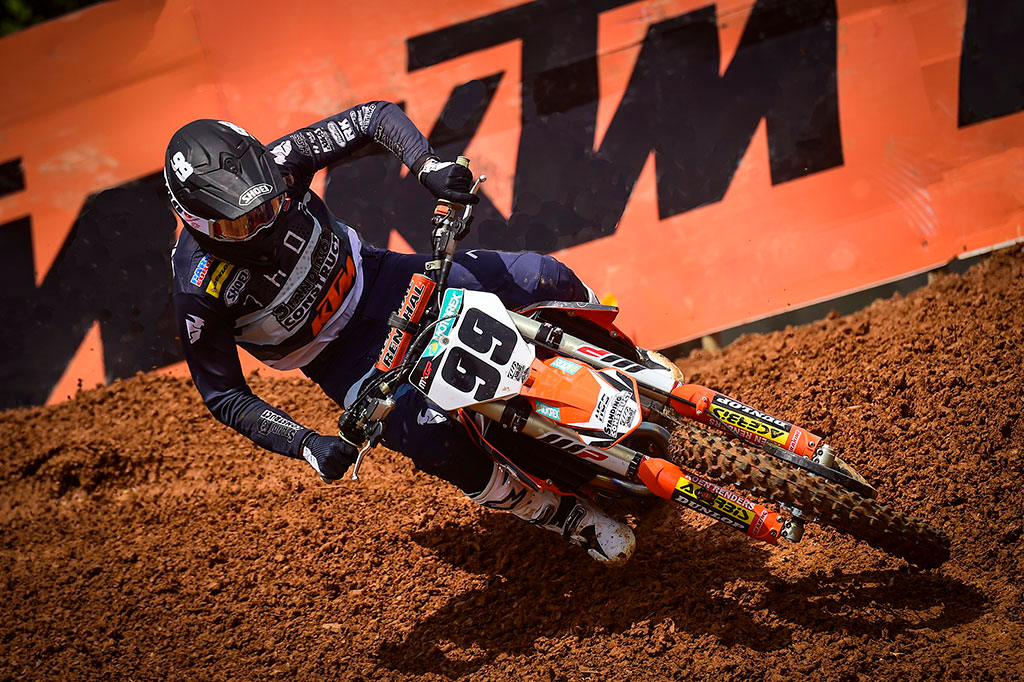 Max Anstie finished 11 seconds behind Gasjer.
Looking as supreme as he has looked at the last six rounds Gajser was cruising up front of the two KTMs of Coldenhoff and Anstie. Febvre was all over Tonus and moved into fourth place, making Tonus drop another position.

Seewer was on fire as he went past Van Horebeek and Monticelli for sixth place and Paulin was also on the move as he passed Van Horebeek to move into eight. Anstie worked his way past Coldenhoff, and Van Horebeek was struggling and dropped to 11th place. Gajser was confident and comfortable to win his fifth qualifying race of the season while the rest of the top 3 was filled out by the Standing Construct KTM duo of Max Anstie and Glenn Coldenhoff. 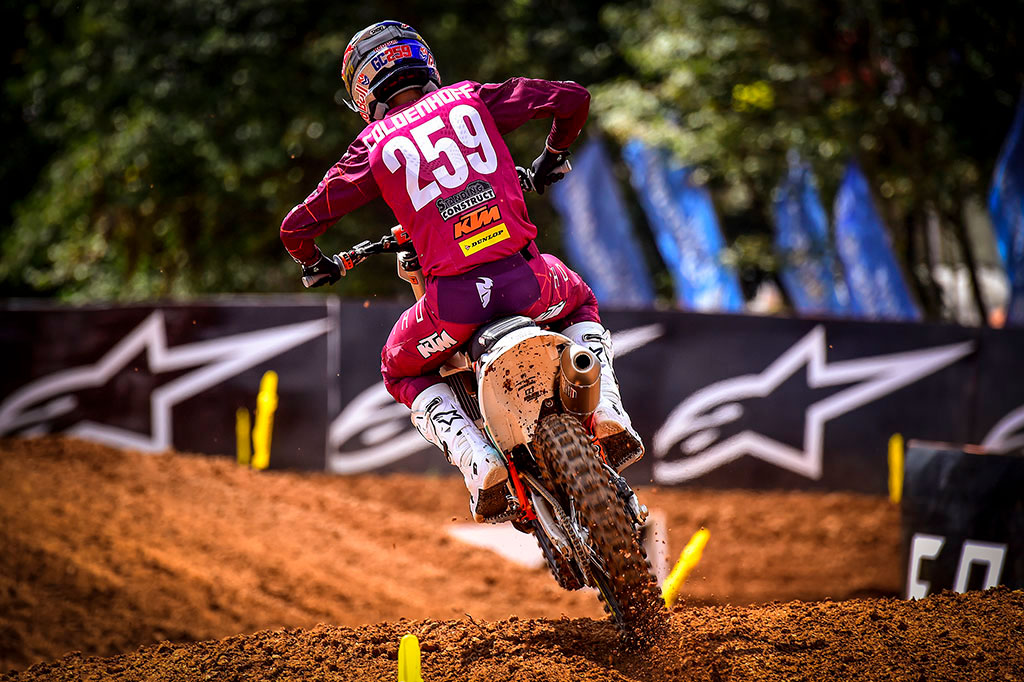 Glenn Coldenhoff rounded out the MXGP top three.
‰ÛÏI was enjoying it out there. I had a good start, took the holeshot, then made a gap and controlled the race," Gajser said. "I am really happy on how today went. Here it is something new and special for everyone, you finish the race and go straight to the swimming pool, or your hotel room, so that is really nice. I‰Ûªm feeling really good and I hope we can come back here in the future.‰Û 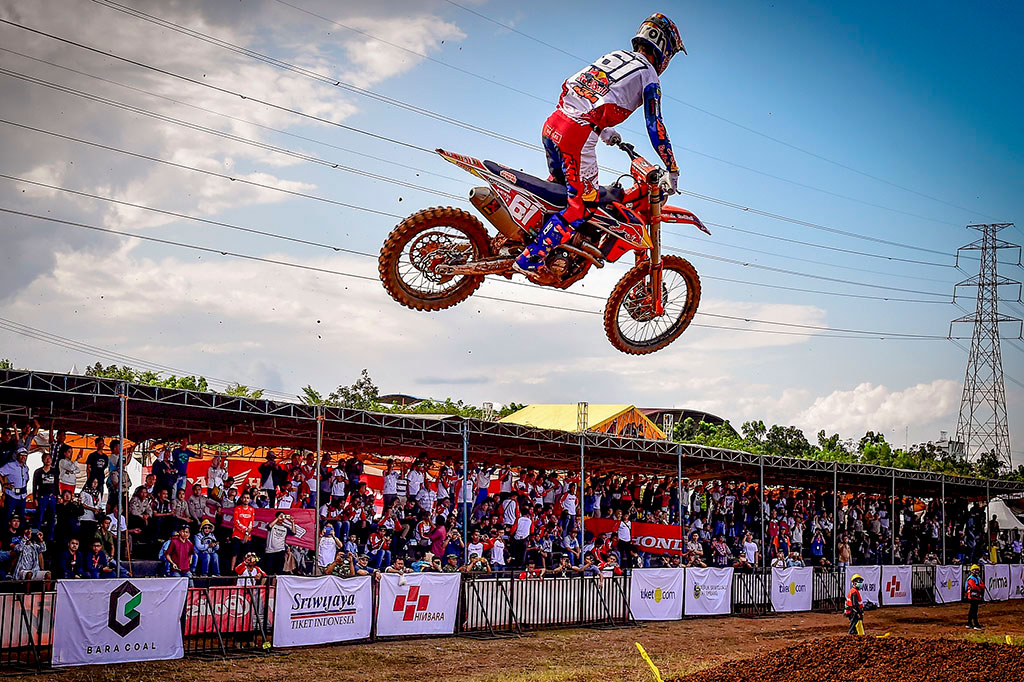 Jorge Prado continued his qualification domination in the MX2 class.
When the gate dropped in MX2 qualifying race Jorge Prado took the holeshot repeating just the same leading behaviour as Gajser did in MXGP.

Behind Prado was Team HRC‰Ûªs Calvin Vlaanderen who has just recovered from a fibula injury, but the South African was quickly passed by Honda 114 Motorsports‰Ûª Mitch Evans and managed to finish 5th. The two Brits Monster Energy Kemea Yamaha Official team‰Û÷s Ben Watsonand and Adam Sterry were back in 14th and 15th positions, and Australian Jed Beaton was 11th. Henry Jacobi went down and dropped from seventh place to 13th, and American Mitchell Harrison was in trouble in 17th place.

Evans made up some ground on the leader, but made a mistake and dropped back, but still remained second. Olsen and Vialle both passed Vlaanderen, who dropped from third to fifth position. Watson moved up to 11th place, Jacobi was 13th and Sterry 14th. 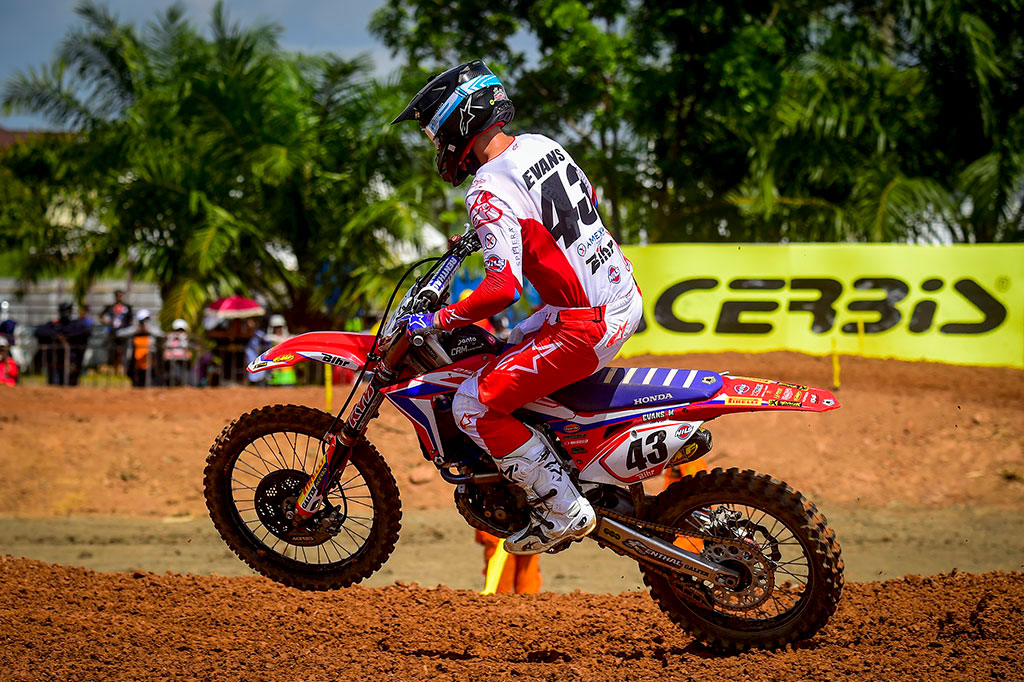 Olsen struggled to stay in front of Vialle for third place and their little battle made life easier for Evans in second place, who had moved five seconds away from the third and fourth placed guys. Prado, cruising up front managed to win from Australian Mitch Evans and and Thomas Kjer Olsen.

‰ÛÏToday went pretty well after a very good start as that was the key of the race. It rained just before the qualification race and it was muddy, especially in those first few laps but I was enjoying. This morning riding was super fun. I‰Ûªm looking forward to tomorrow and I hope to start first," Prado said. 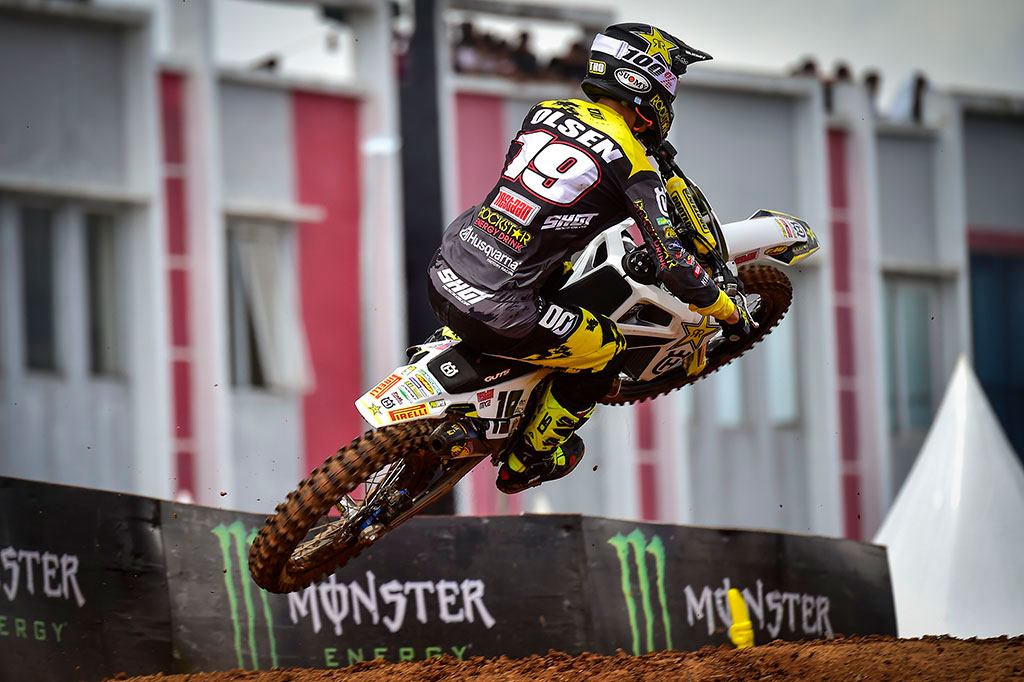