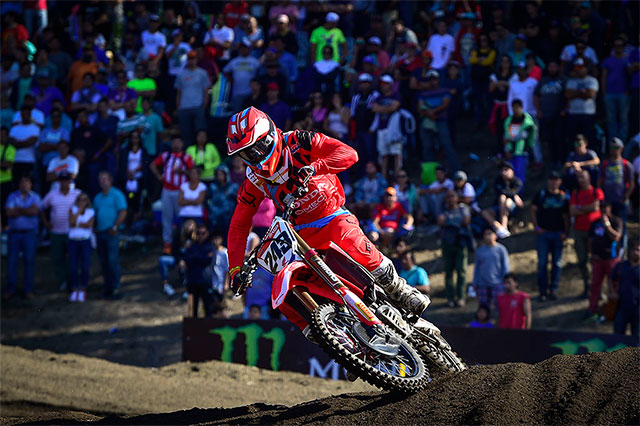 The rich volcanic soil of the Neuquen track where the MXGP of Patagonia Argentina is taking place, was rutted and raced on today for the first time this season.

When the gates dropped in Argentina, MXGP of Indonesia‰Ûªs second place finisher, Red Bull KTM Factory Racing‰Ûªs Glenn Coldenhoff rocketed into the first turn to claim a massive holeshot over the rest of the field, Coldenhoff would get shuffled back throughout the race and would finish qualifying 11th.

Team HRC‰Ûªs Tim Gajser wasted no time in moving past Coldenhoff, coming to the green flag first and 20 minutes plus 2 laps later did the same with the checkered one taking the second pole position of the season. Gajser stated, ‰ÛÏToday went really good, I was feeling great on the track and the bike worked amazing too. In the qualification race I had a good start and I took the lead in the first lap and made a little gap. I was quite happy with my riding‰Û 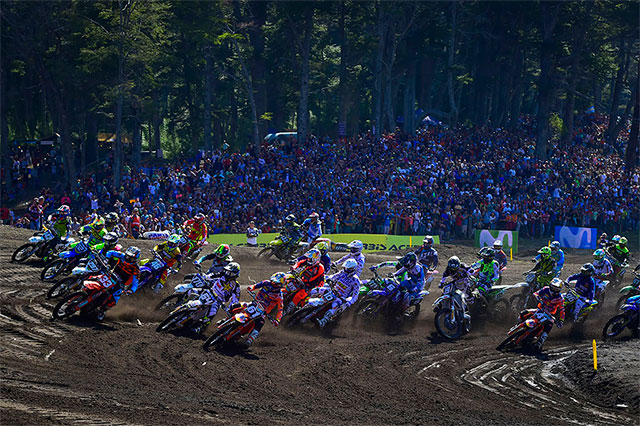 The MX2 race hits the first turn in front of a big crowd
To start the MX2 qualifying race the two Red Bull KTM Factory Racing bikes of Jorge Prado Garcia and Pauls Jonass lead the way. The latvian found his way around Prado on the first lap and held the lead to the finish line grabbing his second pole position of the year. Jonass had the best timing on this morning‰Ûªs practices too, in fact later in the Press Conference he stated: ‰ÛÏI got a pretty good start, I was second behind my teammate Jorge and made a quick pass on him, took a little gap, and just rode my race‰Û