Gajser and Haarup on pole at Matterley Basin 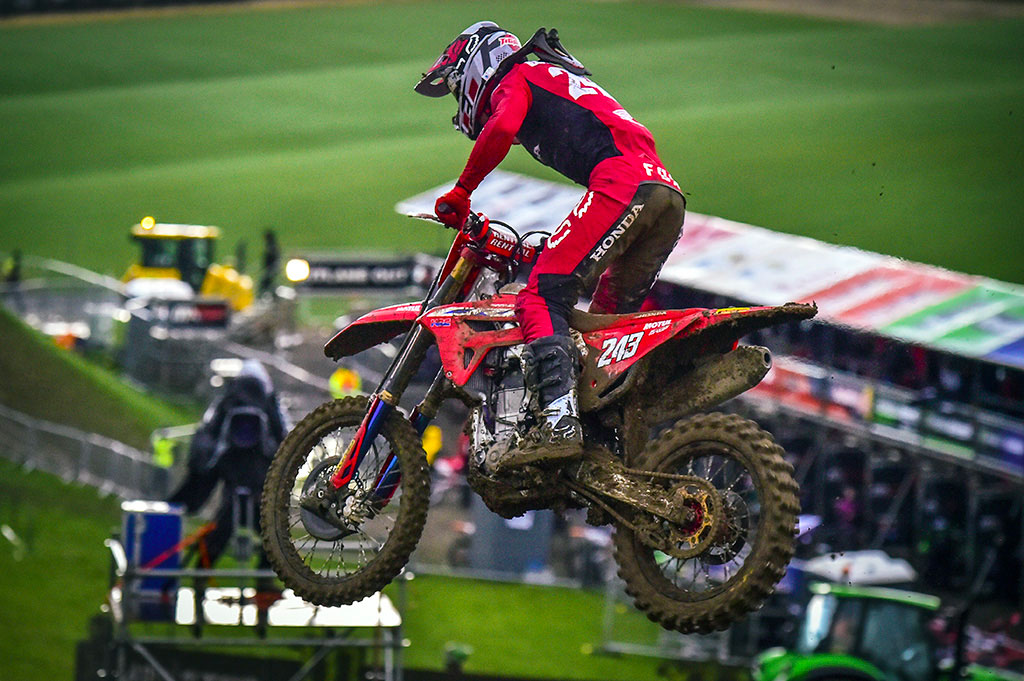 Tim Gajser was fastest in MXGP qualifying.
The 2020 FIM Motocross World Championship has seen its first day of action at the popular British circuit of Matterley Basin, as the MXGP and MX2 riders took to the track for qualifying.

Qualification races where cancelled due to the appalling conditions and qualifying was run under the timed format. Defending MXGP champion Team HRC rider, Tim Gajser, topped the charts in the MXGP timed practice, while F&H Kawasaki‰Ûªs Mikkel Haarup made a successful start to his World Championship debut, setting the fastest lap-time in MX2.

The MXGP timed practice got underway with tricky weather conditions. This was the first opportunity for riders to compare themselves with their competitors, but with a field full of extremely fast riders, the result was tough to call.


As the session got underway, Arminas Jasikonis clocked in the fastest lap time, on the opening lap, which remained his fastest until the end of the session. He led the defending MXGP Champion, Tim Gajser and the 9-time World Champion, Antonio Cairoli, before Gajser set the fastest lap-time in lap three, crossing the line with a 2:41.612 lap-time and knocking the tall Lithuanian from the lead.

The top three didn‰Ûªt change for the rest of the session with Gajser, Jasikonis and Cairoli finishing ahead of Jeffrey Herlings and Pauls Jonass. 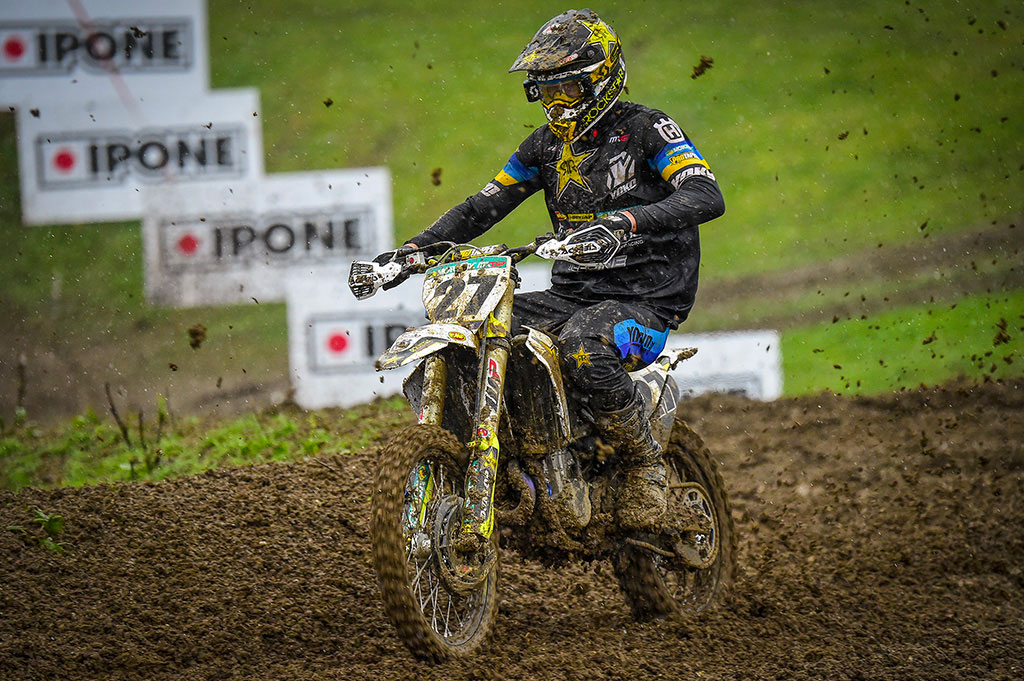 Arminas Jasikonis was second fastest in MXGP.
2013 MXGP of Great Britain overall winner, Clement Desalle set the 6th fastest lap-time, showing that he could be in with a chance of repeating his 2013 success at the British circuit.

Henry Jacobi, Australian Mitch Evans and Calvin Vlaanderen also made a good start to their debut in the premier class, finishing 7th, 8th and 10th, with Gautier Paulin separating Evans and Vlaanderen for 9th place. 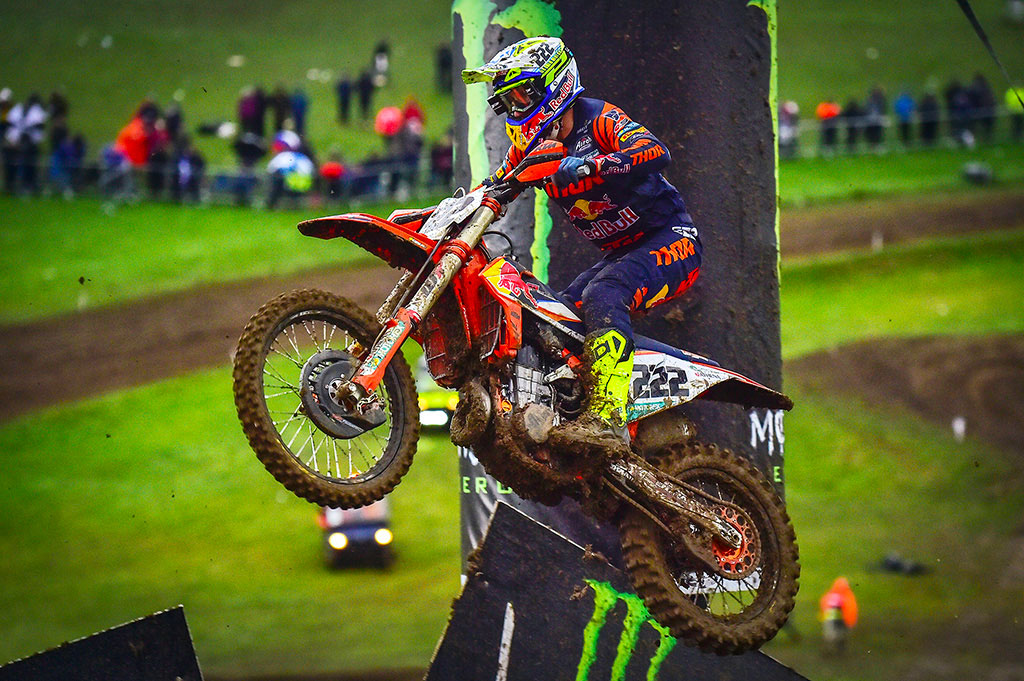 Antonio Cairoli was third fastest in MXGP
British rider, Shaun Simpson put on an impressive performance in front of his home crowd, setting the 11th fastest lap-time, giving him a strong gate pick for the races tomorrow.

‰ÛÏI tried to do a quick lap as soon as possible because I knew the track was going to get more wet and it will be harder to make a fast lap, but it was ok because it‰Ûªs the same for everyone," Gajser said. "I really like the track, we will see what it will be like tomorrow; I definitely think the start is going to be key because when the track is wet it‰Ûªs really important to be in front but anyway I will do my best and we will see‰Û 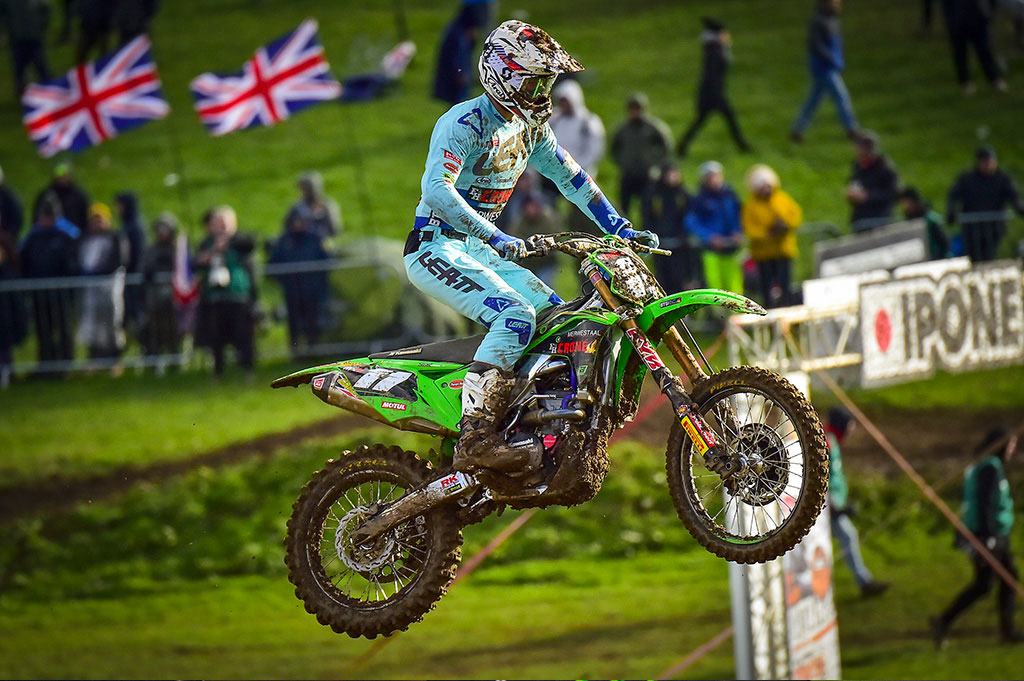 Dane Mikkel Haarup surprised many with the fastest time in MX2
In MX2 the session was dominated by the F&H Kawasaki Racing riders, as Mikkel Haarup topped the charts in the MX2 time practice, going 0:00.595 faster than his team-mate Roan Van de Moosdijk. Overall it was a good start for the entire F&H Kawasaki squad, as Mathys Boisrame finished in 10th and with three riders in the top 10, F&H are looking strong for tomorrows races.

Monster Energy Yamaha Factory MX2 rider, Jago Geerts had a good ride in third, with Tom Vialle behind in fourth. Doing it for the Brits was Hitachi fuelled by Milwaukee pilot Conrad Mewse, who made the most of his home GP, setting the 5th fastest lap-time ahead of MX2 rookie Rene Hofer.

Thomas Kjer Olsen, who is considered the favourite going into round 1 of the championship had an unlucky crash and was unable to better his lap-time from lap 4, finishing 7th ahead of Australian Jed Beaton. 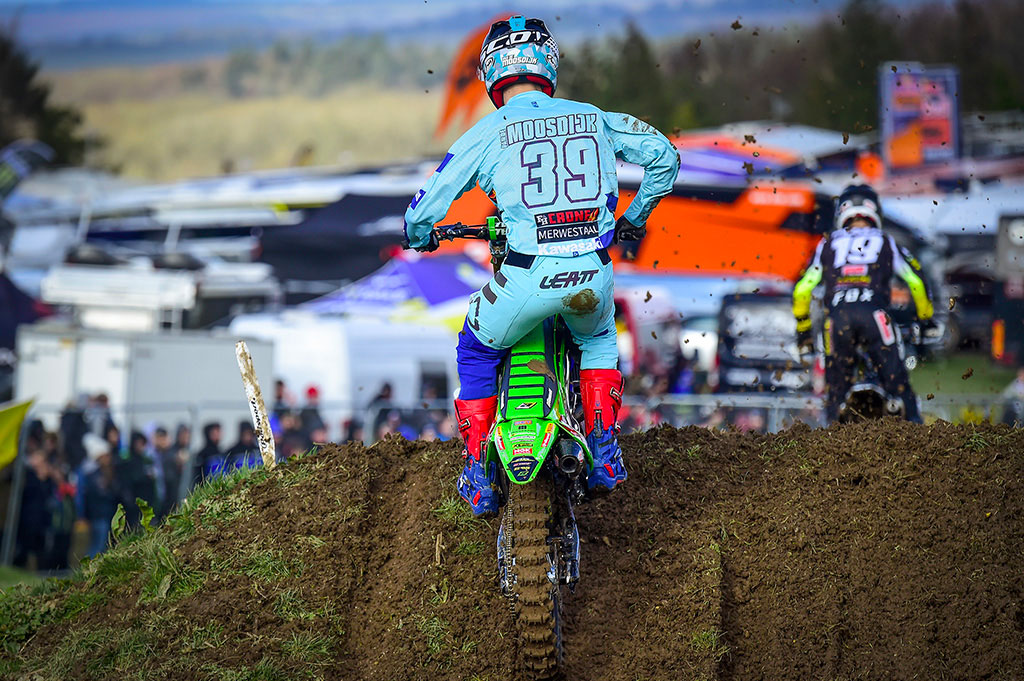 Roan Van De Moosdijk made it a Kawasaki 1-2 in MX2.
Meanwhile, GasGas factory supported Jeremy Sydow of the GasGas Factory Juniors squad had an impressive ride to place in 10th, putting the brand-new world championship manufacturer among the top teams in the championship.

‰ÛÏIt was unexpected to be honest; I just came here to ride good and of course we knew we were quick but the main goal was not to be the quickest," Mikkel Haarup said of his fastest time, "I was just doing all I could even of the track was tough. I just managed to do a few quick laps and yeah I‰Ûªm happy with the qualifying‰Û 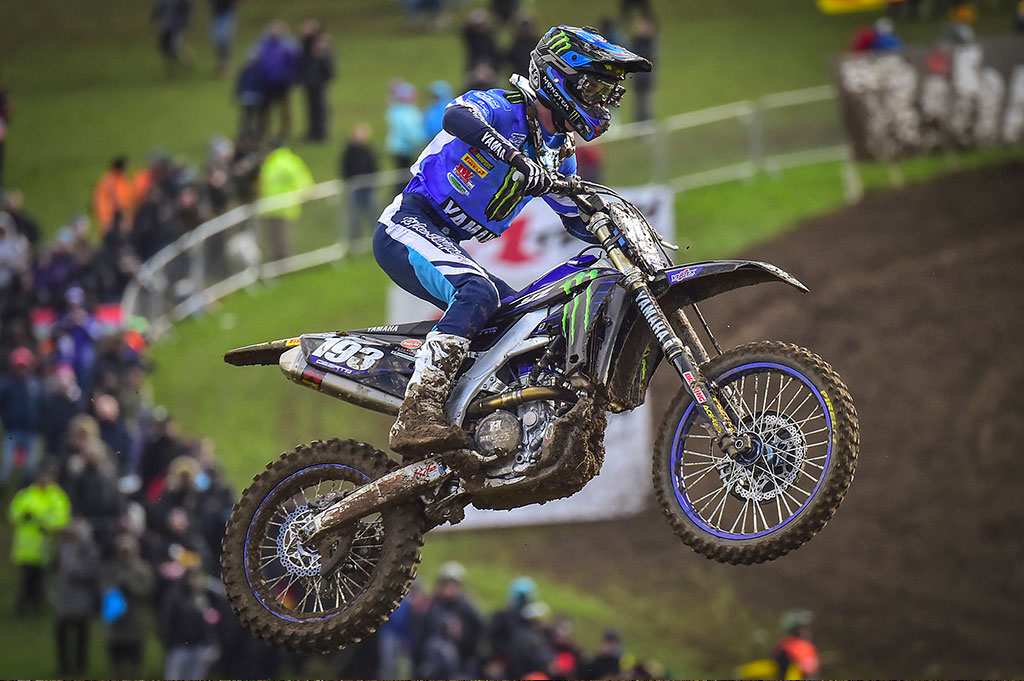