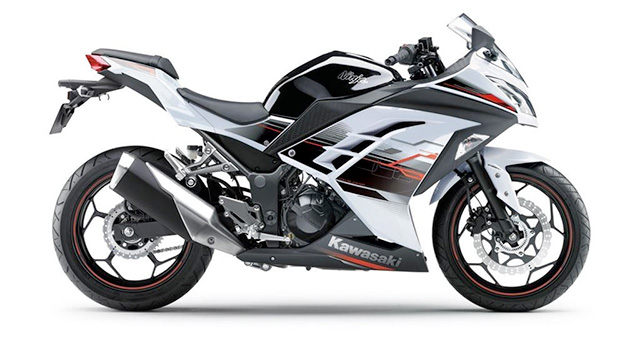 It‰Ûªs long overdue by over a decade but it‰Ûªs now official Australian road racers will once again have a very affordable level playing field mainstream entry level ADR complied class of road racing in 2014 with the introduction of the single make FX 300 Ninja Cup.

Not since the days of the Suzuki RGV250 and Aprilia RS250 has there been a truly suitable small capacity sports orientated motorcycle that is capable of ticking all the required boxes to make a successful mainstream as well as entry level class of racing. The Kawasaki 300 Ninja is the bike that ticks all the boxes and then some.

The machine specific class rules play to the strengths of the Kawasaki Ninja 300 and allow sensible upgrades to make the most of the bikes performance and handling on track to give competitors an exciting machine to race on for a very affordable budget.

Robert Walker the National Sales and Marketing manager commented; ‰ÛÏKawasaki is very excited about the inclusion of the Kawasaki Insurances FX 300 Ninja Cup in the 2014 Australasian Superbike Championship. To have a dedicated racing class for Australia‰Ûªs most popular and highest selling motorcycle is welcomed by us and we anticipate that it will be well received by Australian motorsports fans too.

"This class will allow racers to compete in what will be a hotly contested class on a budget that will make racing very accessible to all. The Kawasaki Insurances FX 300 Ninja Cup will allow young (& older) riders to gain valuable racing experience and have massive fun at the same time. I look forward to watching some edge of the seat racing in the 2014 Australasian Superbike Championships Kawasaki Insurances FX 300 Ninja Cup in 2014 and beyond.‰Û