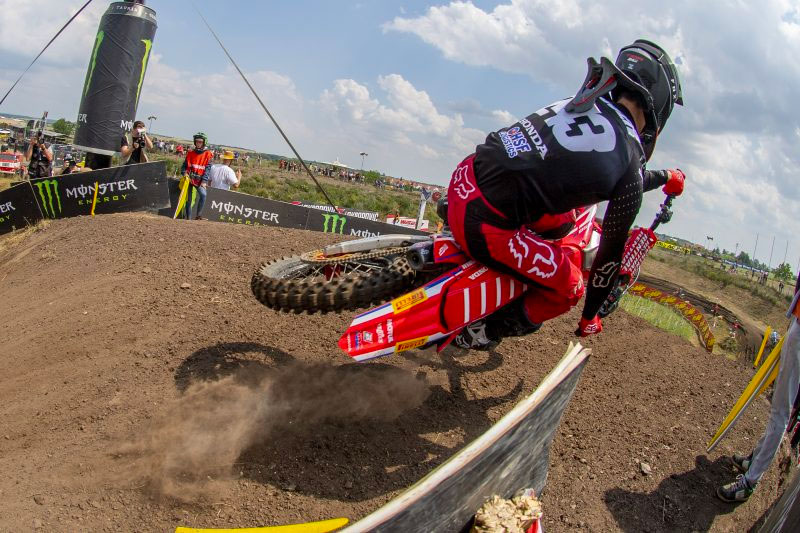 Tim Gajser
For the 11th round of the 2019 world motocross championship, Team HRC head to Palembang, Indonesia where MXGP riders Tim Gajser and Brian Bogers will once again be joined by MX2 rider Calvin Vlaanderen.

Palembang, nestled in the south of the island of Sumatra should provide some testing conditions as the weather is likely to be hot and humid when the riders take to the track. However all three Honda riders are looking forward to the challenge and hoping to build some momentum as the season heads towards its final third.

For Tim Gajser, he‰Ûªll be hoping to extend his winning streak to six overalls in a row after wrapping up the German GP with another convincing one-one performance. Ripping off two holeshots on board his Honda CRF450RW, he then led every lap to give him maximum points and increase his lead at the top of the MXGP championship to 83 points. With eight rounds still to race though, the Slovenian rider knows he can‰Ûªt afford to take his hand off the throttle too much and has continued to put in the work this past couple of weeks.

"I‰Ûªm really looking forward to going to Indonesia," Gajser enthused. "It‰Ûªs always exciting to go to somewhere new, and to race on a new track that we‰Ûªve never raced on before. I‰Ûªm going to try and do my best, as always, and try and carry this momentum from these last few rounds. I want to have fun and enjoy the racing as I believe that is an important thing for me, in order to continue this success. In the break I‰Ûªve been training hard, but I‰Ûªve also had a couple of days on the beach relaxing. It is important to have both at this stage of the season but I am very excited to go racing in Palembang." 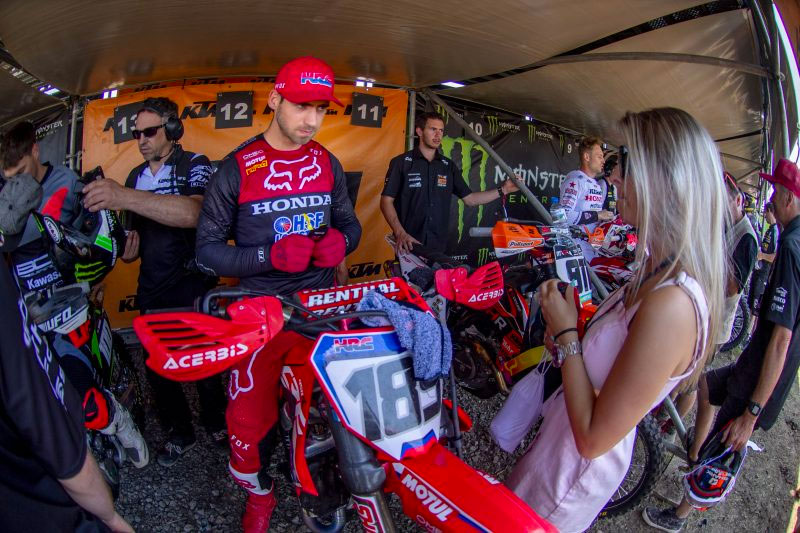 Brian Bogers
Teammate Brian Bogers has also been working hard as he looks to build upon his nine-eleven results in Teutschenthal at the last round. It was the first time the Dutch rider has scored double-digit points in both races and he‰Ûªll be hoping for more of the same at this flyaway venue that is completely new for all the riders on the grid.

"It was nice to have a weekend off after all the races we‰Ûªve had recently, but I made sure I kept up the hard work because I know that I need to do that in order to get the results that I want," Bogers said. "I came very close to getting two top 10 results in Germany and I‰Ûªm heading to Indonesia determined to make sure that happens in Palembang. The travel isn‰Ûªt easy but it is a new venue for everyone and I‰Ûªm excited to get to the track and go racing!"

Meanwhile CRF250RW rider Calvin Vlaanderen will just be happy to be back behind a world championship start gate after missing the last five GPs through an ankle injury that then got infected. It‰Ûªs been a tough period of time for the rider but after seeing off the infection, he has been able to get some decent time back on the bike and was even able to line up for a German ADAC event in Molln at the weekend, finishing third overall in what was a very impressive comeback performance. Palembang will be a tougher test though and the team know that it might be a couple of rounds before he is back challenging for podiums, like he was doing before the injury in at round four in Trentino.

"I‰Ûªm just really happy to be back travelling with the team again and going to the MXGP races," Vlaanderen expressed. "It‰Ûªs been a long time and it‰Ûªs been tough physically as well as mentally to be sitting on the sidelines and watching the other guys racing. I‰Ûªm not putting too much pressure on myself with the results but obviously I want to do well at these races in Indonesia because I had my first MX2 overall victory in Pangkal Pinang last year and the fans and everyone were so great to me, so I want to reward their support again." 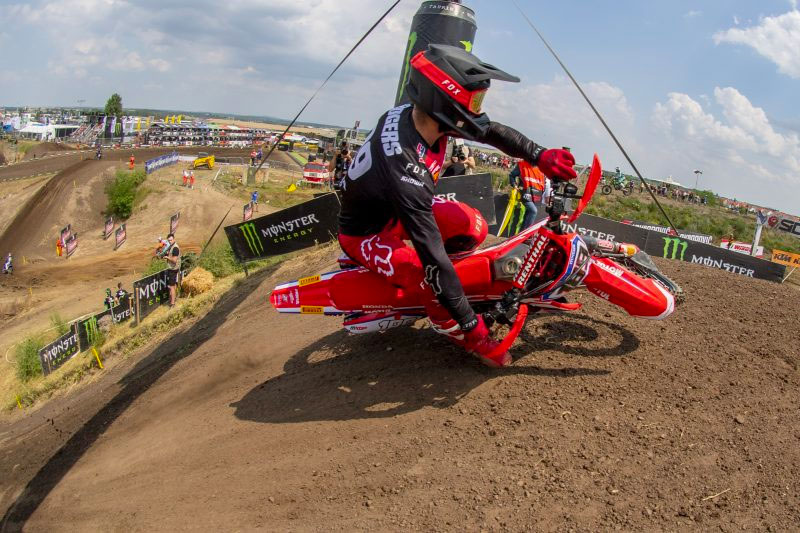