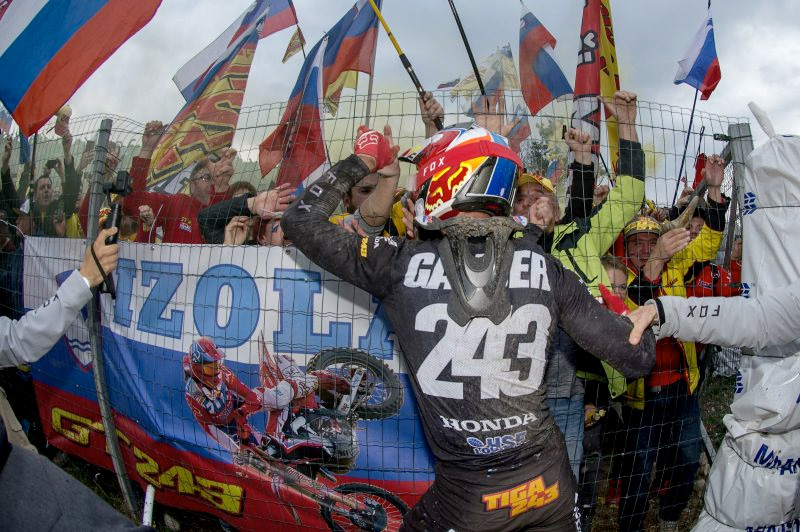 Team HRC returns to Italy for the fifth round of the 2019 motocross world championships with Tim Gajser, Brian Bogers and Calvin Vlaanderen all raring to go after what has been an extended break in the series.

With the last round on the hard-packed Trentino circuit in Italy, five weeks ago, the schedule now heads to Mantova in the Lombardia for what is a sandier surface for the riders to compete on.

Like the last round, a large number of Slovenian fans are expected to cross the border and cheer on the Honda 243 and after his win in Trentino, Gajser is looking to reward that support with a win at a track that he won on previously in 2016, the last time they held a GP on this circuit.

Confidence is certainly high that he can close the gap even further in the championship race and with the Trentino victory under his belt, the plan is to maintain that high level in this next series of events that sees the riders‰Ûª race six times in seven weekends.

"In this break, I did two Slovenian championship races just to keep me in race shape." Gajser explained. "I also kept training hard as I know this is important in order to maintain my speed and fitness.

"I‰Ûªm just excited to get back to the MXGPs because it feels like a long time since my win in Trentino. However I like the track in Mantova because in the past, I have won the event so it‰Ûªs nice to go back there and I‰Ûªm really looking forward to showing what I can do there this year.

Brian Bogers is also excited to get back to racing after this break, especially given that it will be at a Mantova track that saw him get his first ever MX2 podium back in 2016. This result, plus his top 10 finish in Trentino at the last round has meant that there is real hope that Bogers can start putting in good finishes in the MXGP class on a regular basis, something that he wasn‰Ûªt able to do previously due to his injury problems of 2018.

For MX2 rider Calvin Vlaanderen, the break came at a good time as he looked to recover from his fractured fibula which he sustained in timed practice at the MXGP of Trentino. After missing that race, he got the surgery done right away and has used this break to recover as best he could, eventually getting the green light from his doctor to ride yesterday. With just a few days to get back into race shape, Mantova will be a tough assignment, but it is one that Vlaanderen is relishing as he looks to get back the points he missed out on in Trentino.

With races in Portugal and France up next after Mantova, and then Russia, Latvia and Germany following on quickly after them, this is the beginning of a tough stretch for all the riders. However the Team HRC trio are all coming out of this break with a point to prove and are highly motivated to get their best results possible on their Honda CRF machines.