Fruitful single-day test for the Honda WorldSBK Team at Misano 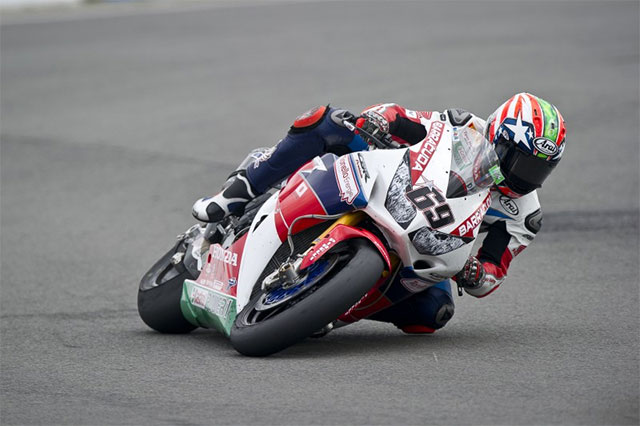 The Honda WorldSBK Team has completed a one-day test at the Misano World Circuit in preparation for the eighth round of the 2016 FIM Superbike World Championship, which is scheduled to take place at the same venue on June 17-19.

Nicky Hayden and Michael van der Mark were able to go through a sizeable amount of work, although the test came to an early end at 3pm, when rain started to fall on the Italian circuit.

Nonetheless, both riders managed to complete 58 laps apiece, while evaluating new chassis components designed to improve the overall grip of their Honda CBR1000RR Fireblade SP machines. Hayden and van der Mark also tried different gearing options and chassis adjustments in order to find a good set-up for the upcoming round. Nicky logged a 1‰Ûª35.8 as a best lap-time.

"This was our first test since the start of the season and a very useful one, too," Hayden said. "Misano being the next race on the calendar meant we spent some time doing some preparations for that weekend.

"We were able to try some stuff we usually can‰Ûªt do, because with a single bike in WorldSBK is really hard to make some changes. Unfortunately, it rained in the afternoon and, despite doing a couple of exits in the rain, the work basically stopped there. I‰Ûªd hoped we could have learned a bit more today and take a bigger step forward. We did, however, found a few things and I hope these will make us readier for the second part of the season.

"I‰Ûªm really happy with today‰Ûªs test," van der Mark enthused. "There were a lot of things that usually we‰Ûªre unable to evaluate during the weekend, as there simply isn‰Ûªt enough time. The results are good and I think we have found a good direction again. Too bad it started raining in the afternoon, because we had more stuff to try. Looking forward to the Misano weekend now, I cannot wait see the results of the work done today."

The team will now return to their headquarters in the Netherlands to analyse the data gathered today and speed up preparations for the upcoming event.